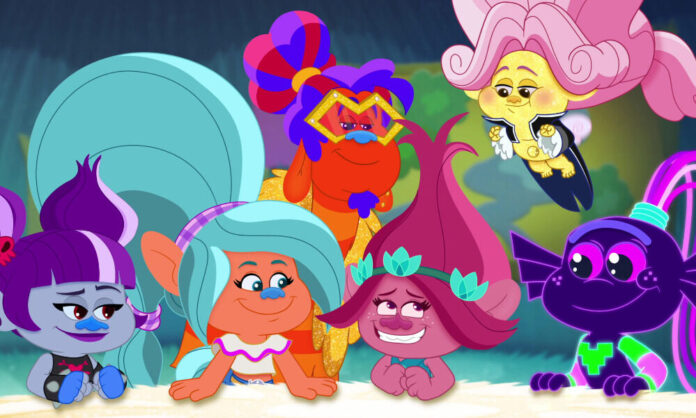 Fans of Poppy, Branch and the rest of the glitter-tossing Trolls gang today were treated to the official trailer for TrollsTopia Season 7, which will close out the popular DreamWorks Animaiton series with seven all-new episodes on Hulu and Peacock on August 11.

Synopsis: In TrollsTopia, anything is possible with a little teamwork, glitter and a lot of FUN! When Val’s vacation doesn’t go to plan and R&B’s pancake breakfast falls flat, Poppy and the Trolls get creative. And when Cloud Guy is accepted to Cloud College he embarks on a hunt to find a replacement to annoy Branch in his absence. But does one even exist?! 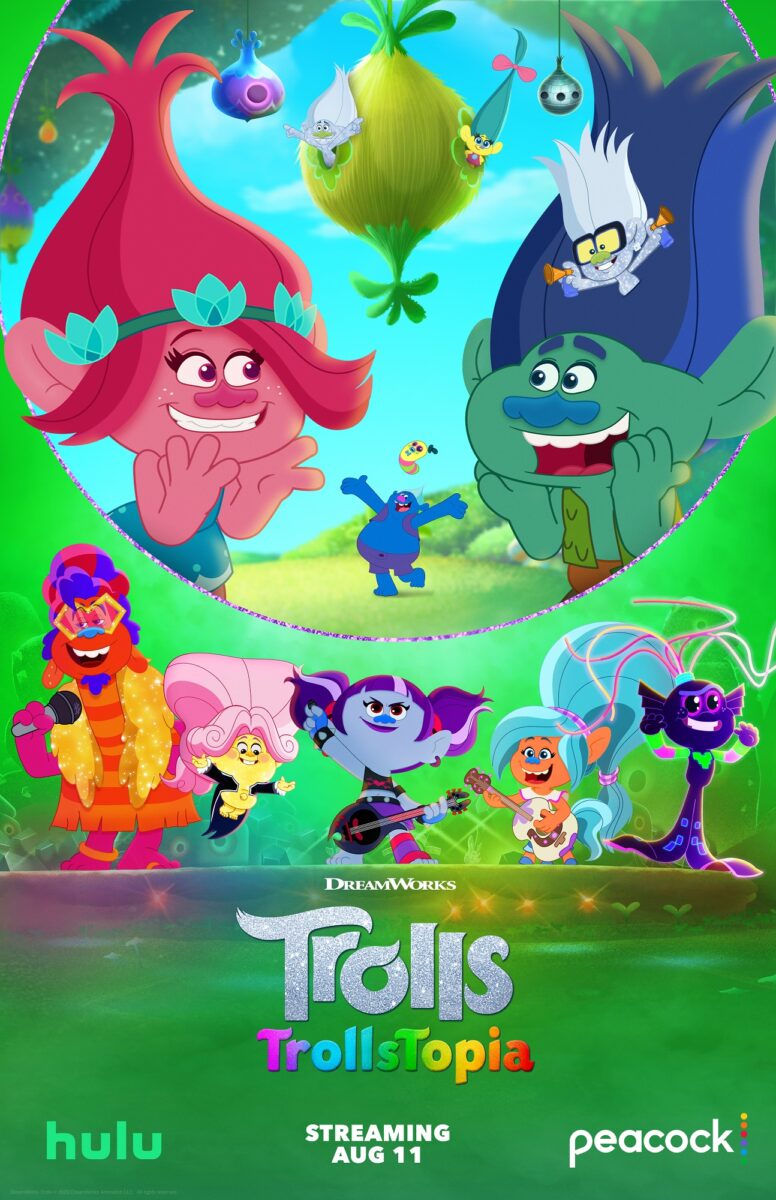