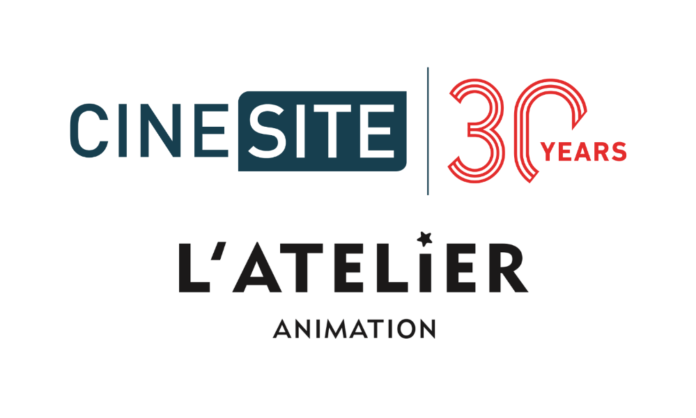 Cinesite, which has operations in London, Montreal and Vancouver as well as VFX partner studios Trixter in Germany and Image Engine in Vancouver, said the deal will expand its creative and production capacity to meet demand in Quebec and elsewhere.

The acquisition of L’Atelier Animation will give Cinesite further access to Montreal’s highly skilled talent pool with additional employees dedicated to making animation content under the two brands, plus further access to favorable exchange rates and attractive tax credits.

The L’Atelier Animation management team, led by General Manager Benoit Blouin, will be working with Cinesite Animation COO Brad Wald to integrate the two companies and expand their Montreal footprint to meet the growing demand for animated content.

L’Atelier Animation specializes in feature-length 3D animation and series. Established in downtown Montreal since 2012 it’s best known for Leap! (Caramel Films/Quads), which generated over $110 million in international box-office revenues. Its most recent production to reach audiences is Fireheart (Entertainment One), produced by Les Films Seville, Anton, Main Journey, Caramel Films and M6 Films SND. The cast is led by Olivia Cooke, Kenneth Branagh and William Shatner. The studio has also worked on the series Robozuna (Kidscave Entertainment / ITV Studios) and is currently in production on the feature 10 Lives (GFM Animation), which is being directed by Chris Jenkins (Beauty and the Beast, The Lion King).

“As one of the largest independent studios producing animation we are always looking to grow our team with talented artists, and the L’Atelier team has a strong track record of producing outstanding work while taking great care of their clients,” says Cinesite Animation’s Wald. “Bringing our two teams together will allow us to serve our clients even better and on a greater scale in both feature films and episodic television. I know we will have great success working together and continuing to meet the growing demand for animated content.”

L’Atelier’s Blouin comments, “I am so proud of where our team’s incredible talent has brought L’Atelier. We have been admirers of Cinesite for years, so joining the Cinesite family will allow us to reach new heights together. We believe this deal will have a significant, positive impact on the animation industry in Quebec.”

Today’s announcement comes at a time when there’s increasing demand for animation content globally, across Asia, the U.S. and Europe. To date Cinesite has delivered 10 feature films, recent credits include Paramount Pictures’ Paws of Fury: The Legend of Hank and MGM’s The Addams Family franchise. The studio is in production on Aniventure’s upcoming films Hitpig and Animal Farm as well as the six-part Disney+ series Iwájú and other projects in development.

Established in 1991, Cinesite is one of the world’s most highly respected independent digital entertainment studios, producing award-winning animation and visual effects for film, broadcast and streaming media platforms. Alongside global VFX services, its animation business works with IP creators and filmmakers to create high-end animated features and series. Explore more of Cinesite’s work over the last three decades at cinesite.com/30th-anniversary and learn more about the studio’s remote work policy here.