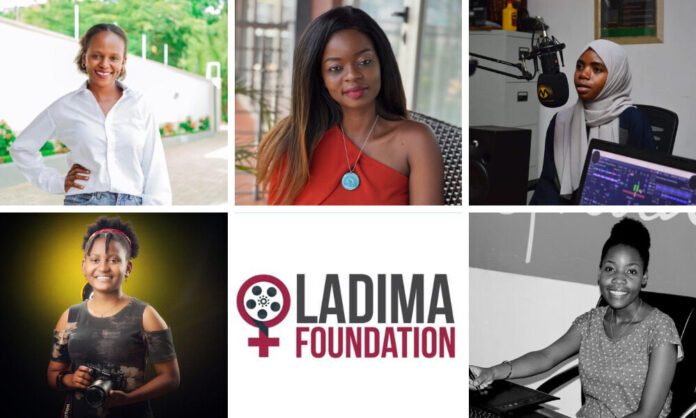 Following on from the successful Let Your Voices Roar Animation Training in East Africa, The Ladima Foundation, in partnership with Culture and Development East Africa (CDEA) and The African Animation Network (AAN), is proud to announce the next phase of the project: talent incubation in professional animation studios.

The five women selected to take part in the six-month incubator are:

These five women excelled at the animation training that took place at the CDEA offices in Dar es Salaam. The training was run by award-winning, British-born Ghanaian animator, illustrator and visual artist Comfort Arthur (Black Barbie), of The African Animation Network, along with Kenyan animator, game developer and the founder of Naota Studios — a digital arts company focused on developing fun and interactive content featuring the rich history of Africa — Lydiah Mugure Mwangi.

The selected women will be placed in professional work environments with well-respected East African animation studios that have partnered with AAN on this initiative, where they will gain invaluable experience, connect with fellow professionals and commence their careers in the ever-expanding animation space.

This next phase of the Let Your Voices Roar program is made possible with a grant from Ignite Culture: ACP-EU Culture Programme (Eastern Africa). This fund is being implemented by HEVA Fund, in partnership with the British Council Kenya, with the financial contribution of the European Union and with further support from the Organisation of ACP (African, Caribbean and Pacific) States — part of the global ACP-EU Culture Programme.

This animation incubator is just one of the initiatives of the Ladima Film Academy, the training and professional development pillar of the Ladima Foundation and CDEA’s Film Incubator Initiative. The Ladima Film Academy works through partnerships to provide women across Africa with access to free online and limited in-person training across seven disciplines: editing, producing, scriptwriting, documentary filmmaking, animation, directing and cinematography.

This animation incubator is just one of the initiatives of the Ladima Film Academy, the training and professional development pillar of the Ladima Foundation and CDEA’s Film Incubator Initiative. The Ladima Film Academy works through partnerships to provide women across Africa with access to free online and limited in-person training across seven disciplines: editing, producing, scriptwriting, documentary filmmaking, animation, directing and cinematography.

“I congratulate the five women who have been selected to be part of the  animation incubator. In addition, I am glad that CDEA’s Film Incubator is partnering with the Ladima Foundation on this second phase of the project and look forward to documenting our learning journey,” said Ayeta Anne Wangusa, CDEA’s Executive Director.

AAN Founder and Head of Projects & Content, Nick Wilson, commented, “Congratulations to the five women selected to participate in the incubation phase of the programme. At AAN we are passionate about transforming the media landscape in Africa through the medium of animation. This is a large remit and partnering with Ladima Foundation allows us to support equal opportunity whilst growing the animation industry across the continent. As such, we are proud to partner with the Ladima Foundation and CDEA on this important project.”

Adelaide Jachi is a passionate and collaborative 2D animator striving to deliver edu-entertaining content. Her objective is to put out as much African-made animation content as possible, that reflects our culture. Her areas of interest include digital illustrating, voice over recording, 2D animating, rigging, and visual effects.

Gwantwa Lucas is a 3D and 2D animator, writer and filmmaker with a passion to tell African stories   for the younger generations though animation. She strives toward creating female heroes so that an African girl child can see herself in. Her dream is to take African stories to the world stage.

Nsile Uiso is an animator and illustrator with a passion for creating content that tells stories about societal issues that affect girls and women like menstrual health and gender based violence.

She has completed her bachelor’s degree in Multimedia and Animation at the University of Dodoma and is currently an Animator at TAI Tanzania – an NGO dealing with telling stories for social change. She aspires to create content that motivates change in the community.

Ruth Nazzinda is a Ugandan woman, passionate about documentary filmmaking that impacts communities. She is an award-winning documentary filmmaker, who studied Film Production at the University of Cape Town in South Africa, and the Ladima Film Academy. She also studied Journalism and Mass Communication at Buganda Royal Institute.

Nazzinda is currently working at Garage Women Foundation as an executive director and OLa Visualz as a documentary filmmaker. She has worked on various film projects including Mmamba — a short animated documentary film — as an animator, director, writer, and editor. The animated short is about cultural identity and climate conservation. 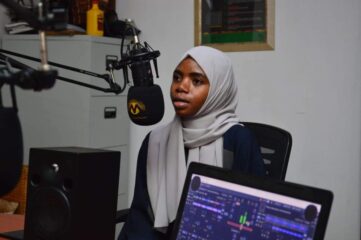 Zuwena Hamad Othman is a 27-year-old photographer, videographer and filmmaker from Zanzibar, Tanzania. She is committed to educating her fellow youth on matters concerning the environment, education, reproductive health and culture. She is also passionate about helping girls achieve their dreams.

Future online and in-person training opportunities will be announced on all Ladima platforms as they arise. Visit www.ladima.africa  and www.cdea.or.tz and for more information.