Trailer: ‘Beavis and Butt-head Do the Universe’ Sets Paramount+ Premiere

Paramount+ today announced that its upcoming original movie Beavis and Butt-head Do the Universe will premiere on the service Thursday, June 23, marking the duo’s first on-screen appearance in more than 10 years. The movie will also be available to stream internationally in all territories where the service is available.

In addition to the new movie, the full library of over 200 remastered Beavis and Butt-Head episodes will stream exclusively on the service, along with a new series coming later this year.

A tale that technically spans two centuries, Beavis and Butt-head Do the Universe promises to sit atop all future lists of the Dumbest Science Fiction Movies Ever Made:

The saga begins when Beavis and Butt-Head wind up at space camp through “creative sentencing” from a juvenile court judge in 1998. Mistaking a docking simulator for something else (huh huh), Beavis and Butt-Head excel at it and are asked to join the space shuttle mission in a PR move. After ruining the mission, they are left for dead in space and end up going through a black hole and reemerging back on Earth in 2022, only to discover a very different world – and find themselves considered Buttholes of Interest by the NSA, the governor of Texas, and a highly intelligent version of themselves from a parallel universe.

Also they almost lose their virginity, but don’t.

“Beavis and Butt-Head were defining voices of a generation, and to this day, the show is one of the most well-known and beloved animated IPs of all time,” said Chris McCarthy, President/CEO, Paramount Media Networks and MTV Entertainment Studios. “Mike Judge has reimagined this dynamic duo in a way that is sure to have both old fans and new ones alike laughing out loud — and we couldn’t be more excited to bring them back into our rapidly expanding arsenal of hit adult animation.”

“Reuniting Beavis and Butt-Head is the smartest dumb move one could make, and we jumped at the opportunity,” said Tanya Giles, Chief Programming Officer of Streaming for Paramount+. “Only a duo this iconic would bring us to space and back and we’re so excited to share their epic, nacho-filled journey with audiences.”

Beavis and Butt-head Do the Universe is executive-produced by Mike Judge, Lew Morton and Michael Rotenberg, and Chris Prynoski, Shannon Prynoski, Ben Kalina and Antonio Canobbio for Titmouse. 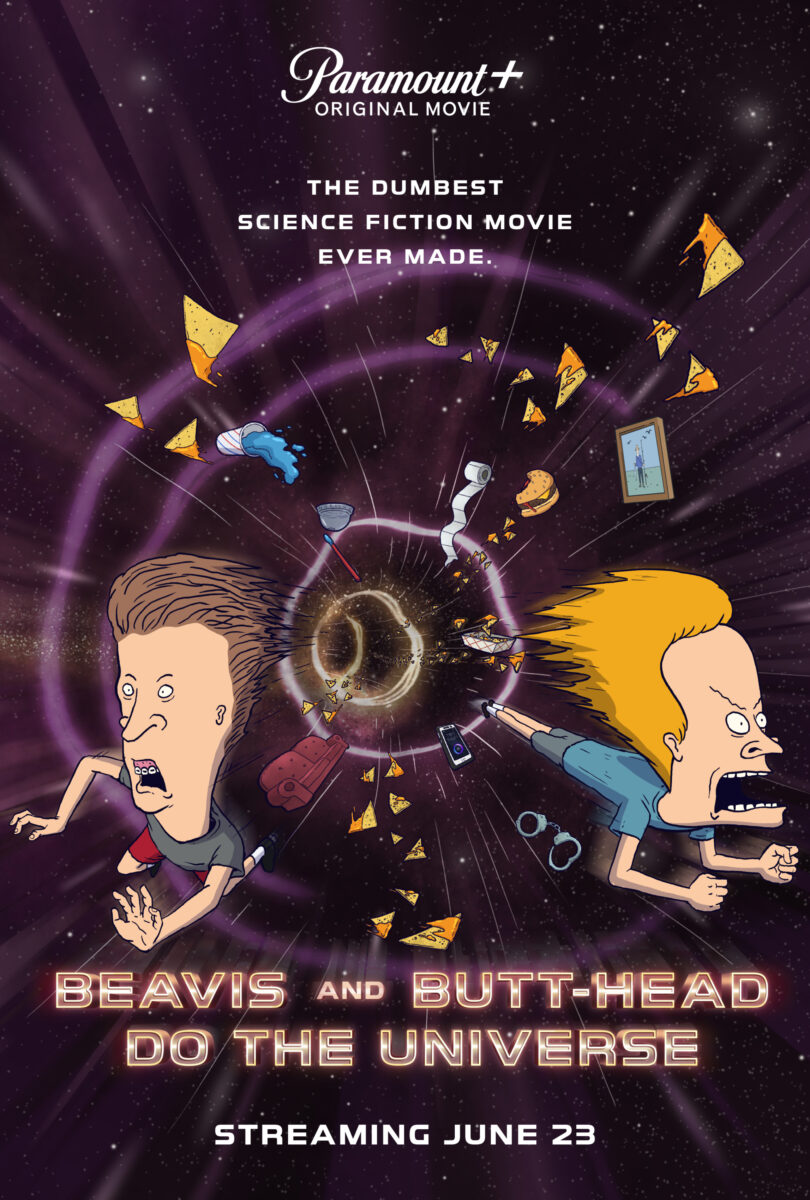