On top of the new Peanuts special It’s the Small Things, Charlie Brown, Apple TV+ is delivering more animated Earth Day celebrations with the season 2 finale of Stillwater. In the special Earth Day episode “One Drop Makes an Ocean,” Stillwater shows the kids his worm farm and other things he does to live green, which inspires them to come up with more ways to help the Earth.

Peabody and Emmy Award-winning series Stillwater is based on the Scholastic book series Zen Shorts by Jon J. Muth, and follows siblings Karl, Addy and Michael as they encounter everyday challenges which sometimes feel insurmountable. With the help of their nextdoor neighbor, a wise panda named Stillwater, the kids learn how to better understand their feelings and acquire tools to help them deal with daily obstacles. The CG series is produced by Gaumont Animation and Scholastic Entertainment.

Emmy-winning French animation producer/distributor Dandelooo has licensed the preschool adventure CGI series Tainá and the Amazon’s Guardians to Paramount+ Latin America. Based on the Brazilian films of the same name, which attracted millions of moviegoers in Brazil and around the world, the series has won 23 national and international awards and has been broadcast in more than 40 countries.

Revealing the beauty of the Amazon Forest and its extraordinary fauna and flora Tainá and the Amazon’s Guardians (26 x 11’ is produced by Sincrocine (Brazil), in association with animation studio Hype and Nick Jr. Brazil. Created by Pedro Carlos Rovai and Virginia Limberger, the series is an optimistic, joyful and friendly ecology tale to save the Amazon Forest. Tainá received public resources managed by Brazilian Film Agency ANCINE/BRDE/FSA, was sponsored by RioFilme and Norsul and supported by BNDES Brazil and Band TV.

9 Story Distribution International has secured multiple sales for Donkey Hodie (78 x 11’), the popular social-emotional preschool puppet series produced by Fred Rogers Productions and Spiffy Pictures. New licenses include TVO (Canada), Canal Panda (Spain) and Ejunior (U.A.E.). The series launched in May of 2021 in the U.S. on PBS KIDS and was recently greenlit for a second season. 9 Story holds global distribution rights excluding the U.S. and worldwide merchandising rights excluding the U.S. and Canada.

Inspired by the funny, quirky side of children’s TV pioneer Fred Rogers, Donkey Hodie is set in the whimsical land of Someplace Else, where enthusiastic and charming go-getter Donkey Hodie takes on each day with curiosity and resilience, alongside her pals Purple Panda, Duck Duck and Bob Dog. The series is created by Adam Rudman and David Rudman, co-founders of Spiffy Pictures, and developed by Ellen Doherty, CCO of Fred Rogers Productions; all three serve as executive producers. 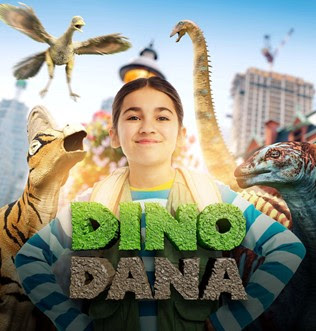 Canada’s Sinking Ship Entertainment announced that seasons one and two of Dino Dana will soon be available in China. Bomanbridge Media has licensed seasons one and two of the dinosaur adventure series to Chinese streaming platform Youku. The series will be available for streaming later this year. The Emmy Award-winning series, created and directed by Sinking Ship’s J.J. Johnson, follows Dana, a 10-year-old girl who loves dinosaurs. Her life changes forever when she’s given a Dino Field Guide, which not only teaches her new things about dinosaurs, but gives her the power to imagine dinosaurs into real life.

Developed as a follow-up to the Dino Dan series, the live-action adventures that bring to live CGI dinosaurs, is produced by Sinking Ship in association with TVOkids and Prime Video. The series premiered in 2017 and was followed by the theatrical release in June of 2020 of Dino Dana The Movie, produced for TVOkids and Prime Video with the participation of Téléfilm Canada, Shaw Rocket Fund and Ontario Creates. Dino Dana has won three Daytime Emmy Awards, including Outstanding Performer in a Children’s, Family Viewing or Special Class Program. 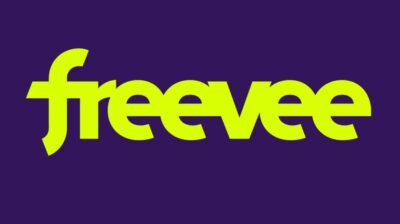 Amazon announced this week that its free streaming service IMDb TV has been rebranded as Amazon Freevee, effective April 27. The AVOD will also be adding original movies to its content growth strategy and is planning to expand internationally, with a Germany launch set for later this year. The platform has tripled its monthly active users over the last two years, thanks to rapid distribution across devices, ever-increasing originals and library titles, and 60+ FAST channels.

Freevee will grow its Originals slate by 70% in 2022, including spin-offs, new dramas and unscripted series as well as a push into movie production. The service also announced a licensing deal with NBCUniversal for an exclusive network window for Universal Filmed Entertainment’s 2020-2021 slate, as well as an animated movie package including Sing 2. IMDb TV/Freevee is also the exclusive U.S. home to Brent Butt’s adult animated sitcom Corner Gas Animated (CTV), which debuted it fourth and final season last year.