Peacock detailed its new programming lineup for May, with a few li’l animation nuggets to discover in the library in addition to the launch of the DreamWorks Animation-produced Peacock Original Dragons Rescue Riders: Heroes of the Sky S3 (May 19). Newly added toons will include: 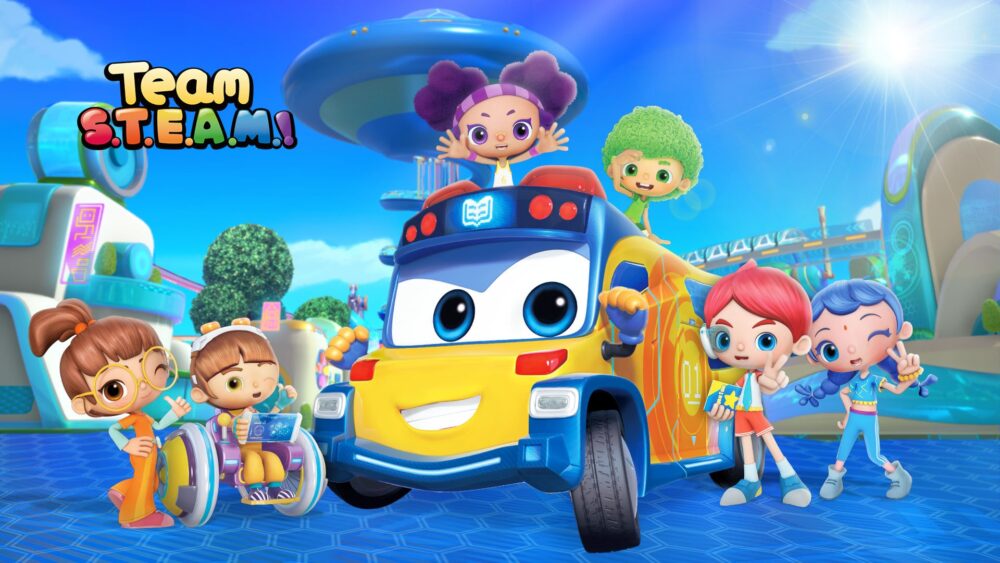 Winsing has inked several new deals for its new GOGO BUS and Team S.T.E.A.M.! series in the first quarter. This includes the extension of a new deal with PCCW for Team S.T.E.A.M.!, which is set to launch on Now TV and Viu TV in May. Additionally, Winsing launched a multi-language YouTube Matrix for GOGO BUS, including Chinese, Korean, Indonesian, Hebrew, Vietnamese, English, etc., with additional language options to follow.

Team S.T.E.A.M.! is a STEM-based edutainment show co-developed by Winsing and a U.S. script writing team.Selected for the 2019 MIPJunior Project Pitch, the series has proven a runaway hit since its 2021 China debut. The new season is set to roll out in Hong Kong, Taiwan, Malaysia, Indonesia, Vietnam, Singapore, U.S. and other territories this year.

“Team S.T.E.A.M.! is specially designed to appeal to a worldwide audience, it’s under localization and the English version will be completed within April. We’re so thrilled to partner with all the major broadcasters in different territories, we do believe that it will be expanded wider as soon as the English version is ready,” said Sophie Lau, Head of Int’l Marketing.

Having launched a brand-new development strategy, Winsing will continue to roll out a slate of new content, including its evergreen properties GG BOND: Dino Diary S6 and Kung Fu Pork Choppers S3 in Q2.

Following the success of the Kartoon Channel! app and content on the Roku platform, Genius Brands International, Inc. announced that it will offer a dedicated Kartoon Channel! on The Roku Channel, further expanding the channel’s presence on Roku. “As we begin rolling out the new Kartoon Channel! Kidaverse, we’re excited to share that in less than two years we are fully distributed in the U.S., reaching millions of viewers across multiple platforms!” said Jon Ollwerther, President of Kartoon Channel!

DMR, is letting fans stream their favorite niche channels with the launch of Cinehouse. A wholly-owned subsidiary of Cinedigm, DMR is unveiling this new FAST service providing access to genre movies and TV shows from around the world — including classic anime. This includes channels and VOD content available through partnerships with ESTV and Shout! Factory (MST3K, Shout! Factory TV, TokuSHOUTsu), as well as DMR’s portfolio that targets Gen Z and Millennials. Plans to add other third-party channels will be announced at a later date.

Featuring a mix of VOD series and movies, plus a lineup of 12 channels for superfans, Cinehouse is available at cinehousetv.com, as well as on iOS, Amazon Fire TV, Android, Apple TV, Chromecast, Roku, smart TVs and Xbox One and Xbox Series X|S consoles. Following a soft launch and rebranding, Cinehouse is officially live with thousands of hours on demand — including several Digimon Adventure tri. movies and Godzilla films from Shout! Factory: Channel offerings include Golden Age anime outlet RetroCrush. 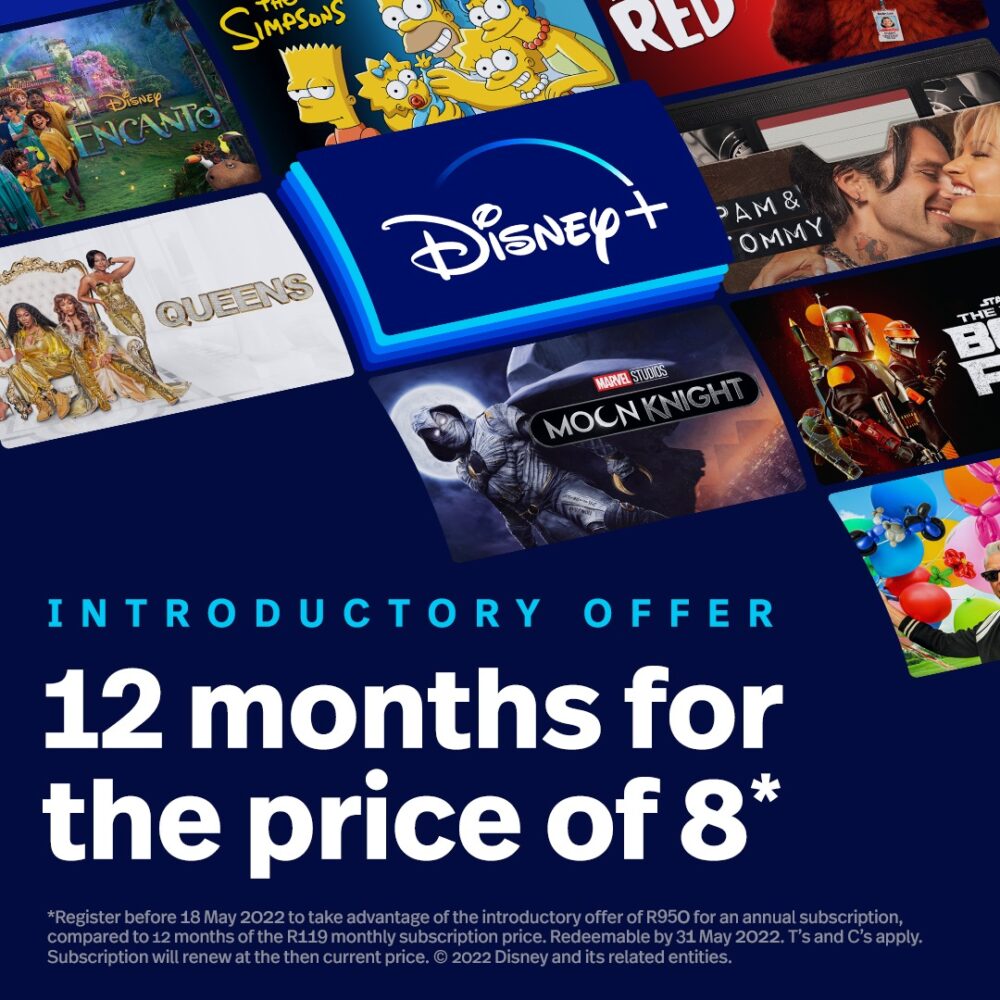 Disney+ opened registrations of interest for potential subscribers in South Africa, with an introductory offer of R950 for a full year (12 months of service for the price of eight). The service is set to launch in the country on May 18 at a standard price of R199 per month or R1,190 annual subscription (the special introductory offer is open to those who register before midnight on May 17). Interested SA customers can sign up at disneyplus.com.

Subscribers will have access to Star Wars series The Book of Boba Fett and The Mandalorian from executive producer and writer Jon Favreau and, from May 27 , the highly anticipated Obi-Wan Kenobi. In addition, Marvel Studios’ Moon Knight starring Oscar Isaac as Steven Grant, a mild-mannered gift-shop employee, becomes plagued with blackouts and memories of another life, and Oscar-nominated Shang-Chi and the Legend of The Ten Rings starring Simu Liu and Awkwafina will both be available at launch. Subscribers will also be able to enjoy Pixar’s Academy Award-nominated Luca, Disney’s Academy Award-winning Encanto as well as hit animated series The Simpsons (20th Animation) and more.