‘The Future Ahead’ Is Already Here at Animayo Gran Canaria

Animayo, the International Festival of Animation, Visual Effects and Video Games — Spain’s only designated “Qualifying Festival” for the animated short film Oscar category, has unveiled the program for its 17th edition. The 2022 event, taking play May 4-7, returns to a face-to-face format in addition to an online phase that will be held from October onwards.

Under the motto “The Future Ahead”, Animayo will transform the island of Gran Canaria into a hub of knowledge for art and cutting-edge technologies like never before, with all the activities to be held at the La Caja de Canarias Cultural Initiatives Centre (CICCA) and the Guiniguada Theatre.

“This is a festival that has been transformed in a natural way. Our own world has brought all these new technologies,” producer and director of Animayo Damián Perea pointed out. “Two years ago we were the first festival in the world to make an entirely virtual animation festival featuring avatars; we were already in the metaverse. Now it’s time to inform, train and discuss in order to continue creating that much needed critical mass.”

The Festival is introducing an important new feature this year: the Animayo Discussions, featuring special guests, with no restrictions on  audience questions — fully interactive discussions “that arise as a direct response to the need to generate a number of knowledge-based conclusions,” as Perea puts it. “In general, people talk about the metaverse in a very superficial and polarized way, but we need to understand all the nuances, and to do so Animayo is bringing in specialists from this virtual universe. We also think it is equally important to include a gender perspective by addressing the role of women in the industry, who only reach 30% in terms of visibility in decision-making positions.”

Three discussions will be held at the Guiniguada Theatre from 18.15 to 20.00 hours: “Women in the Audiovisual Industry” (Thursday, May 5), “Metaverse, Virtual Reality, NFTs, what does the future hold?” (Friday, May 6) and “Ethics and morals in Artificial Intelligence” (Saturday, May 7).

For the first time in the Canary Islands, Animayo will premiere  an augmented reality exhibition only visible through the lens of a mobile device; NFTs in their own right “which will be available for purchase, with 100% of the profits benefiting associations and NGOs that help Ukrainian refugees.” An exhibition dedicated to the painterly, aesthetic 2D animated short film, Amanece la Noche más Larga (Dawn of the Longest Night), based on a story by  three-time Goya winner Ángel de la Cruz — directors Carlos Fernández De Vigo and Lorena Ares will be attending the Festival as guests.

Once again, Animayo has positioned itself as an innovative space where animation, visual effects, art, science and technology come together. The on-site phase will dedicate more than 80% of its time to the real heart of the festival, which is training. Educational activities will take place at the La Caja de Canarias Cultural Initiatives Centre (CICCA) led by a team of 23 renowned guests, including:

Nore than €500,000 in Animayo Talent Scholarships for in-person and online training with access to the most important national and international schools related to the sector, collaborating with Animayo for
the 2022-2023 academic year, including U-tad (University Centre of Technology and Digital Art, Madrid); UDEM (University of Monterrey, Mexico); ESCAV (Higher School of Art and Audiovisual Communication, Granada) and Pixelodeon 3D School (Online School of Digital Arts). 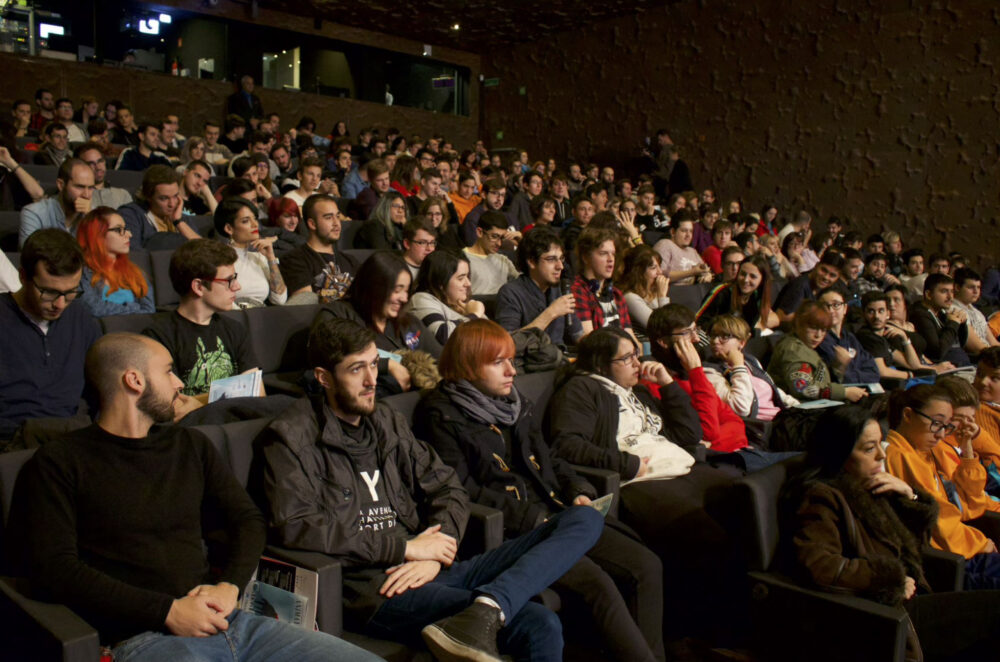 Outside the classes and panels, the public will be able to enjoy the best animated films for adults. The Guiniguada Theatre will host the screenings of the short films from the five International Official Sections in Competition. There will be more than 60 films from over 20  countries, which will be reviewed by the 15 members of the Animayo International Jury — the Grand Prize winner will be directly longlisted for the Oscar for Best Animated Short Film. Animayo will also offer thematic screenings, such as a focus on Polish cinema.

For the third consecutive year, the international official competition section “My First Festival” (May 7, noon to 13.30h) will invite kids ages six and up to vote for the Best Children’s Short Film. The selected films address the importance of respecting one’s own feelings and each other’s individuality. The event is free to attend with ticket reservation (email animayo@animayo.com with the subject “Book My First Festival” with the  name, email and telephone number of the adults and the number of children who will be attending).

The program is the perfect addition for younger kids to “Sin Salir del Aula” (“Without Leaving the Classroom”), which has enrolled more than 8,500 students on the island of Gran Canaria alone. Aimed at primary, high school and art school students, the activities combine animation and visual effects with free screenings, an official competition section and educational master classes, also free of charge, over TV. (April 25-May 25).

As mentioned above, Animayo’s training offers will include a number of master classes and workshops held at CICCA, continuing a partnership established in 2014.

“This is undoubtedly the best edition. I know I keep saying the same thing every year, but the year that I don’t feel that way, that we haven’t really surpassed ourselves and I can’t say it, I’ll retire,” said Perea, who added he was “proud to celebrate life again and to bring all the young — and not so young — people together face to face with the specialists in this community, as well as giving more opportunities to the new generations.” These words were echoed by Teodoro Sosa, Councillor of the Presidency of the Gran Canaria Island Council, at the same media presentation, who pointed out,”Animayo is a great privilege for Gran Canaria. A great international showcase for training and employment in the audiovisual industry.”

The Festival is supported by the Gran Canaria Island Council, the Society for the Promotion of the City of Las Palmas de Gran Canaria, the La Caja de Canarias Foundation, the Canary Islands Government, the Canary Islands Institute for Cultural Development, the Guiniguada Theatre, the Canarian Film Library and all the institutions, organizations, universities, schools and private companies that have sponsored and collaborated with Animayo for 16 years, making the Canary Islands a highly fertile ground for new generations.

Advance ticket sales with a variety of student, group and jobseeker discounts are now available. Visit the animayo.com registration page for details.