The Television Academy Foundation, organizers of the Emmy Awards, recently announced the winners of the 41st College Television Awards, recognizing excellence in student-produced programs from colleges nationwide. during a global livestream. Among the top category winners earning a $3,000 cash prize were producer Tyler Bitner and director/writer Ethan Briscoe, the Brigham Young University student filmmakers behind the CG animated short Stowaway.

A money-grubbing pirate captain and his oaf of a first mate spend a lazy afternoon on the sea between pillaging runs… only to be interrupted by the arrival of a mysterious but cute squid aboard their ship. Upon discovering that it is in fact a baby kraken, the frightened pirates immediately attempt to kill the innocent creature. They are relentless in their pursuit throughout the ship, but due to the kraken’s agility, their own incompetence, and some good old-fashioned bad luck, the pirates’ increasing attacks on the intruder only escalate into their own destruction.

The film was created collectively by the BYU Animation Class of 2021. From storyboarding to final render, the students collaborated in the program’s industry-style production process — for the most part remotely, due to the pandemic.

Briscoe won over the class with his pitch for Stowaway in November of 2019, taking inspiration from Aardman’s silent co-star Gromit for the baby kraken. He told Deseret News that a LEGO pirate ship served as a model to help with storyboarding and working out how the characters would move about the cog during their frantic chase.

Stowaway beat out projects from two other highly regarded U.S. animation programs: School of Visual Arts in New York (Beyond the Line by Jinuk Choi) and Savannah College of Art and Design in Georgia (Son & Moon by Saiyan Lin & Lex Cooper). The Utah school’s Center for Animation has received several ‘student Emmy’ wins and nominations since opening in 2001, with films like Lemmings (which also won a Student Academy Award Bronze Medal), Ram’s Horn and Papá.

“Congratulations to all of this year’s winners in television’s most prestigious student competition,” said Cris Abrego, chair of the Television Academy Foundation. ”Showcasing the exceptional work of young, diverse talent to help launch careers is a top priority for the Foundation. Our sincerest gratitude to the presenters and sponsors who made this event an unforgettable experience for students.” 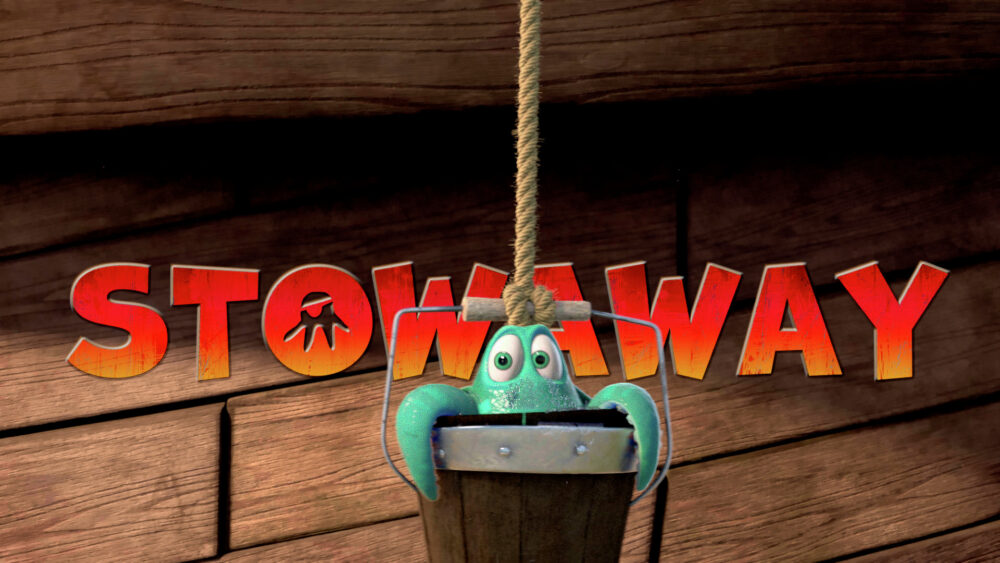 Watch the moment the BYU crew were awarded the win, presented by Schmigadoon! star Dove Cameron, and learn more about the making of this slapstick sea tale in the video below.

The 41st College Television Awards show is available for VOD viewing at TelevisionAcademy.com/CTA.