Following its pick-up by Paramount Animation announced in January, the animated reimagining of Mel Brooks classic Blazing Saddles has been redubbed Paws of Fury: The Legend of Hank with a fresh poster. A first-look trailer will debut this Saturday, April 9 during the Nickelodeon Kids’ Choice Awards (broadcast begins at 7:30 p.m. ET/PT), followed by a full trailer on Monday, April 11.

Paws of Fury will hit theaters on July 15.

Formerly titled Blazing Samurai, the CG-animated family adventures follows Hank (voiced by Michael Cera), a loveable mutt with big dreams of becoming a Samurai. When he becomes the new sheriff of Kakamucho, he finds he may have bitten off more than he can chew: the town is inhabited solely by cats, and the local warlord (Ricky Gervais) who hired him is bent on destroying it for his own gain. Hank’s only shot is to bring the great samurai Jimbo (Samuel L. Jackson) out of retirement as his mentor.

Paws of Fury: The Legend of Hank is presented by Aniventure and financer Align in association with HB Wink Animation (Extinct) and GFM Animation (Duck Duck Goose), animated by Cinesite Montreal (Riverdance: The Animated Adventure). 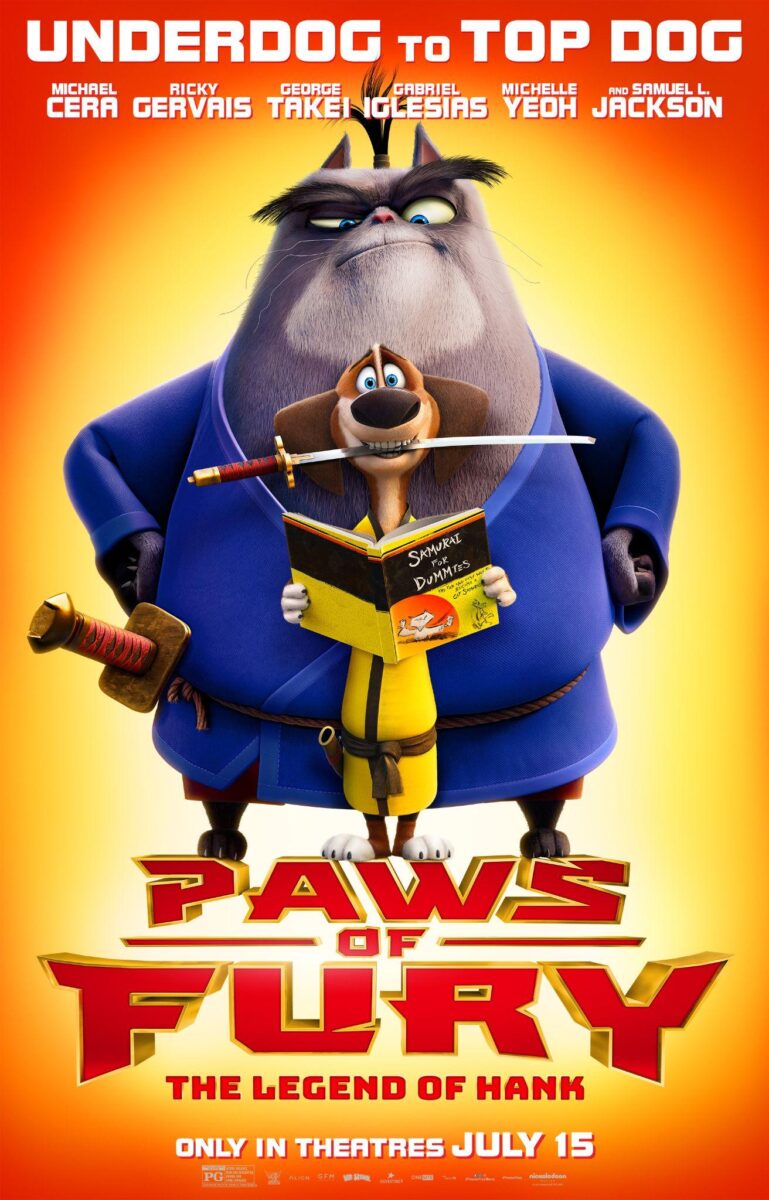