Chaos Group, most known for the V-Ray render engine which is now found in nearly all 3D platforms, has released a new version of its RAM player, Chaos Player.

This is a tool geared toward reviewing rendered image sequences of animation, VFX or whatever you may wish to view. While it supports playback of movie files like QuickTimes and AVIs, it works best with image sequences. And frankly, in a professional VFX situation, image sequences are the only way to go.

The player is extremely responsive. When you drag an image from the sequence into the interface, it immediately loads up the sequence into RAM (make sure you have a lot of RAM). The same is true for movie files. I’ve used other players that have to think for a second or two before you can begin your work.

Once you have your clip, you have control of how you want to view the material. You can switch between color space or load in your show LUT. Check your color range by exposing up or down. Make color corrections with Lift/Gamma/Gain controls, and A/B between multiple clips. You know — all the things that you would expect to be able to do in a player.

But Chaos Player has some additional great features. For instance: at the bottom of the screen, there’s a small timeline which grows as you add additional clips and acts as a pared-down, non-linear editor. Not only can you review shots back to back, but you can also adjust your in and out points on the clips in the way that we’ve grown accustomed to — with a timeline. Adjustment layers can be added on top for global color corrections, or you can add annotations onto a layer with either an overall note, or you can make notes frame by frame.

If you have elements that you are reviewing, you can composite them together for an initial review and then export out the settings of the comp to either Nuke or After Effects for the compositor to take it to final. You can even do it from live feeds — so, you have your own QTAKE system at your fingertips.

The system also has a robust command-line library to hook in and control Chaos Player with your own custom tools and scripts.

Moving forward, I would love to see some integration into the standard project tracking systems like ShotGrid and ftrack (which could probably be done in-house through the command line support). It would also be cool to see a connection between the color correction tools and a control surface.

If you are a Chaos House and are using V-Ray and Phoenix and the rest of the tools, then Chaos Player is part of the collection. But at $99 per year as a standalone, it is less than other players that may require a subscription to the tracking software they are connected to. 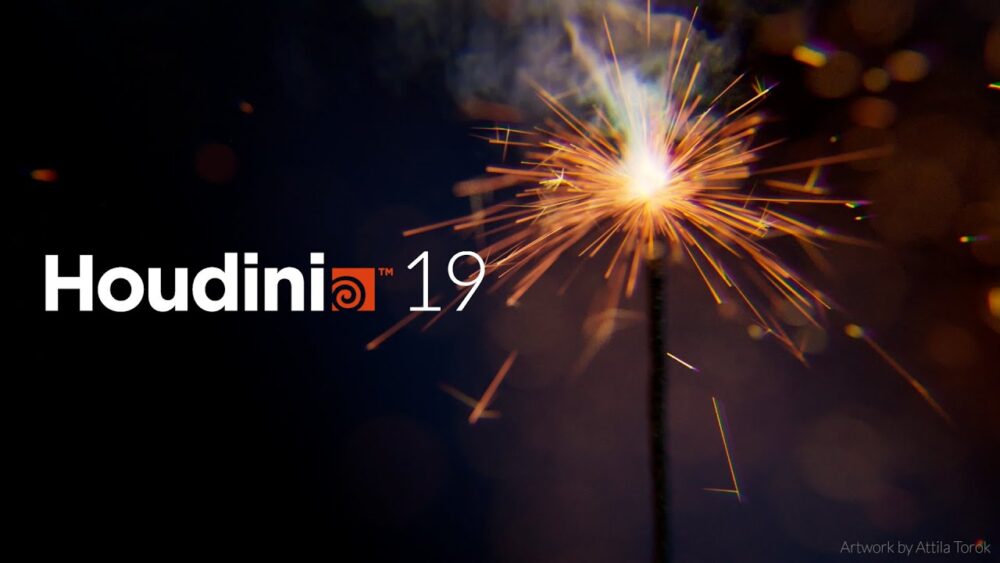 It should be a shock to no one that the all new advances in Houdini 19 can hardly be covered in this brief review. However, I’ll do my best to include all the major highlights of this always-amazing bit of software from SideFX.

Known for its fluid dynamics, H19 has made it faster and easier to make things blow up with fiery explosions. A rewrite has made the solver faster, but it’s the tools that have made it more flexible. The fast minimal solver is great for smaller simulations that do not need the size or accuracy of full scale sims. It is agile and adaptive and can be tracked to objects for emitting off of torches or cigarettes, but it can also be used for smoke, fog, etc. Further, these simulations can be controlled with an axis force tool to guide and swirl the sims — or a velocity scale, which provides control over areas of the simulation to adjust localized events like temperature or velocity. The perceived complexity does not stop there: the simulations can be deformed based on volume with standard modeling nodes like bend, twist and grid deformations.

Of course, what are explosions without extra debris? The Debris Source node has also received a rebuild for efficiency, the most substantial of which is that your rigid body simulation that drives the debris doesn’t have to be unpacked in order to spawn the secondary simulation.

Introduced a few releases back, the Vellum solver is also fairly new. Vellum is kind of the all-in-one solver that allows fluid, rigid body, cloth, soft body,and grain to interact with one another all in the same solve. Like most of the other tools in Houdini, Vellum has been optimized, getting faster results by implementing the GPU. This helps with the interactivity in the new Vellum brush — essentially, if you have a preliminary fluid or grain solution, you can use the brush to shape and “set dec” the result into something art-directed.

But Houdini isn’t only about dynamics: It also features a ton of character tools that fall into the CFX and KineFX categories. A muscle system is currently in beta within H19, implementing a multi-stage workflow of Vellum-driven soft-body muscles attached to the bones (so that the rest of steps have something to react to). Incidentally, these muscles have a hair-like ‘groom’ to them that can be ‘brushed,’ indicating the direction of the muscle striations which dictate how the muscles flex and relax. On top of that, there is a tet-based fatty, jiggly layer, and then another tet-based skin that wrapped around that. It’s not a new technique for the industry, but previous versions have been home-grown, and H19 is bringing it to the masses.

I’m running out of space and haven’t even reached the rendering in the fully released Karma CPU renderer and the alpha release of the Karma XPU renderer. Nor have I touched the Solaris USD-based scene assembly tools. Just know that this is quite a significant update — and from what I can tell, the Houdini peeps out there are happy. If you are not yet a Houdini peep, well, it’s never too late!