DreamWorks Animation and Mainframe Studios‘ brand-new preschool series Team Zenko Go has officially launched on Netflix, where the gadget-savvy do-gooders are leaping into action to do random acts of kindness in their community. “In this social media crazed world, where people always record everything they do, we wanted to make the point that helping someone in need is something you should do because it’s the right thing to do, not because it will make you famous or get you ‘likes,’” said executive producer and showrunner Jack Thomas.

One of the main characters, Ari, uses a wheelchair and is voiced by Hartley Bernier, who has lived with Intestinal Failure due to Total Hirschsprung’s Disease since birth, and also occasionally uses a wheelchair due to chronic pain. “Growing up I never saw anyone like me on TV and there aren’t a lot of characters who have disabilities represented,” said Bernier. “Casting an actor with a disability helps to make the character more authentic. For instance, my character, Ari and I share many things in common like our love for comic books and superhero movies. And even though we both rely on medical technology because of our medical complexities, we don’t let that get in the way of doing the things that we want to do.”

Bernier, Thomas and other members of the team recently talked to RespectAbility about Team Zenko Go — you can watch the conversation on Facebook.

Season 2 of Hulu original comedy series Woke is ready to drop eight new episodes on Friday, April 8. Based on the life and work of cartoonist Keith “Keef” Knight, the show uses random animated object to give voice to the lead character’s very creative anxieties as he tries to navigate life as a Black nerd, artist and activist (don’t even think “artivist.”)

In S2, Keef (Lamorne Morris) is now a popular activist on the rise, but he’s facing a world where “woke” has become big business. Can Keef and his friends bring about real change, or is it just about the dollar$? And can Keef navigate this new world without destroying what he’s become?

Grab a bag of Senzu Beans and hop on your Flying Nimbus cloud: For the first time ever, Dragon Ball, Dragon Ball Z and Dragon Ball GT are now available to watch on Crunchyroll in the United States, Canada, Australia and New Zealand. These three new series join Dragon Ball Super, which is currently available in English subtitles on the platform. Previously only on Funimation, these three series come as part of another wave of new content that will expand Crunchyroll’s extensive library since the March 1 uniﬁcation announcement.

The Dragon Ball phenomena began in 1984 in Japan when the original manga series from Akira Toriyama premiered in Shueisha’s Weekly Shonen Jump. It quickly became a top ranked title throughout its ten and a half years of publication and its popularity has not waned with an astonishing record of 260 million copies sold worldwide and counting. Now 38 years later, Dragon Ball has grown into a global franchise which today includes four TV series, 20 feature films, numerous video game titles and a vast collection of licensed merchandise. The season and episode counts for the three newly available series are as follows: 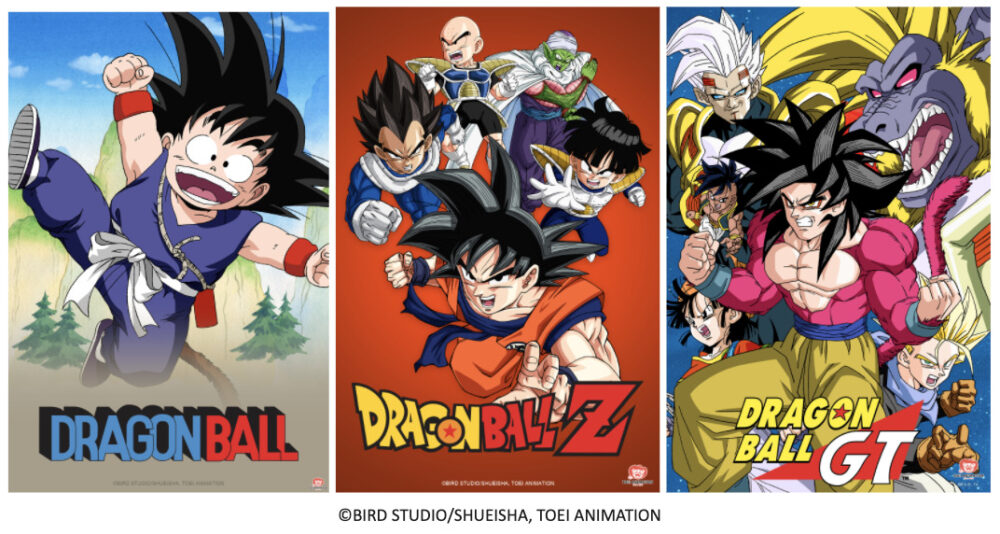 Paris-based children’s entertainment content distribution company Kids First has inked a raft of deals with international broadcasters for both Season 1 (52 x 11’) and Season 2 (52 x 11’) of hit animated series Nate Is Late, produced by Watch Next Media and commissioned by France Télévisions (France), Super RTL (Germany) and Canal J (France). The comedy for kids 6-10 follows eight-year-old Nate and Malika who encounter some incredible situation on the way to school every morning — not that the principal believes their amazing excuses for being late.

Amazon Studios has placed a two-season order for an untitled adult animated comedy series from Emmy nominee Ramy Youssef and A24 as part of its first-look deal with Youssef’s Cairo Cowboy banner. Co-created by Pam Brady (South Park), the Prime Video toon will explore the experiences of a Muslim-American family that must learn how to code-switch as they navigate the early 2000s: A time of fear, war, and the rapid expansion of the boy-band industrial complex. Youssef and Brady executive produce along with journalist and illustrator Mona Chalabi.