Nickelodeon’s 2022-23 pipeline of original premium content includes over 40 projects in active production for Nickelodeon Animation across series and movies. Read all about Nick’s planned expansions for hit toon franchises and new experiences for fans here.

Each episode will center on themes such as friendship, confidence, pirates and transportation that inform the playlist, and consist of four segments: A kid-friendly music video from popular contemporary artists, remixed nursery rhymes, exploration time in Face’s educational music box, and a high-energy dance-along finale. 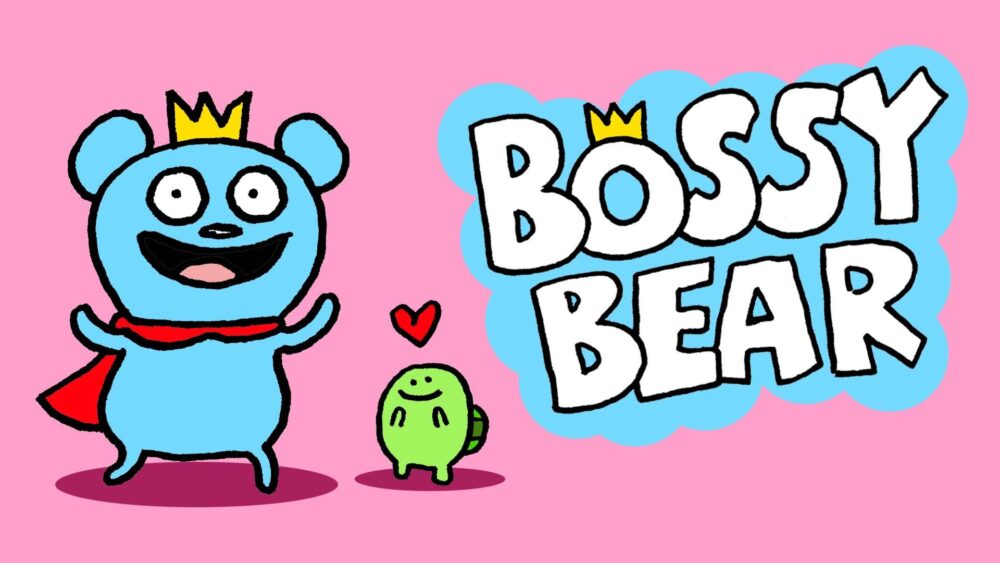 Bossy Bear (Season 1, 30 episodes) – The brand-new animated preschool series, produced in partnership with Imagine Kids+Family, is from husband and wife team David Horvath and Sun-Min Kim (UglyDolls), and based on the popular book series by Horvath. The series follows the misadventures of Bossy Bear (voiced by Jayden Ham), an overly-enthusiastic extrovert, and Turtle (Jaba Keh), a thoughtful introvert – unlikely besties who make the perfect team for navigating silly childhood adventures in their Koreatown-inspired city of Pleasantburg. The series will premiere in 2023 on Nickelodeon U.S.) and internationally on Nick Jr.

“Bossy Bear is incredibly funny with a confidence and passion for life that knows no bounds,” said Ramsey Naito, President, Paramount Animation & Nickelodeon Animation. “Everyone on the preschool animation team, led by Eryk Casemiro, is looking forward to collaborating with our creative partners at Imagine Kids+Family to bring these relatable characters and authentic stories of family, friendship and community to our audience.”

HexVet (Season 1, 20 episodes) – The magical world of Willows Whisper comes to life in the brand-new animated preschool series based on the eponymous BOOM! Studios graphic novels by Sam Davies. The CG/2D hybrid adventure-comedy series follows unlikely best friends Nan and Clarion as they navigate life’s weird and wacky challenges, while apprenticing to be magical veterinarians for fantastical creatures. Under the tutelage of Dr. Talon, these “HexVets” in training will learn how to cure any animal – from a pygmy phoenix with bird flu to a unicorn with a broken horn. HexVet will launch in 2023 in the U.S. and roll out internationally.

“The high-stakes adventures, wild antics and heartfelt camaraderie Nan and Clarion have in HexVet graphic novels are all great qualities we look for in an animated series,” said Nickelodeon Animation’s Naito. “It’s incredibly exciting to expand the HexVet world with an original series that will deepen the connection young readers have with the novels and capture the imagination of new fans of all ages.”

HexVet is developed for TV by Nicole Dubuc (My Little Pony: Friendship Is Magic), who also serves as showrunner and executive producer. Frank Molieri (Transformers: Rescue Bots) serves as co-exec producer and Kendall Michele Haney as story editor. The series is also exec produced by Stephen Christy and Ross Richie, with Mette Norkjaer as co-producer, for BOOM! Studios. Production at Nickelodeon Animation is overseen by Eryk Casemiro, EVP, Nickelodeon Animation, Global Series Content. Kate Crownover is Nick’s Executive in Charge of Production for the show.

Middlemost Post (Season 2, 13 episodes) – Jam-packed with heart, humor and unwavering friendship, the Middlemost Post will do what they do best: deliver the mail to the unusual inhabitants of Mount Middlemost. In Season 2, they’ll enter Greenwood’s secret wrestling competition, discover one of Burt’s new talents, befriend a mysterious mountain recluse, and meet Lily’s family for the very first time.