Nickelodeon Upfronts: Cardi B Guests on ‘Baby Shark,’ More ‘SpongeBob’ & Other Fave Franchises on the Way

Nickelodeon held its annual upfront presentation today at New York City’s Palladium Times Square — the first live, in-person one since the first quarter of 2020. In addition to brand-new animated series, the session outlined plans to supercharge its franchise strategy through a steady stream of new animation, preschool and live-action content across streaming, linear and digital platforms, at the box office and through innovative location-based experiences like live tours and family festivals.

Nickelodeon currently ranks as the number-one network among its core Kids 2-11 audience, a position it has held for the last nine years, and owns eight out of the top 10 shows for Kids 2-11 and Kids 6-11. The company’s 2022-23 pipeline of original premium content includes over 40 projects in active production for Nickelodeon Animation across series and movies; check out details for new series announced today here.

PAW Patrol – Building on its global success, Nickelodeon is renewing the award-winning, top-rated preschool series for a 10th season (26 episodes, produced by Spin Master Entertainment) that will follow the PAW-some pack of pups, including Chase, Marshall, Rubble, Skye, Rocky, Zuma, Everest and Tracker, on even more action-packed rescue missions and adventures — whether it’s deep in the unexplored regions of the jungle or out-of-this-world trouble in Adventure Bay. Coinciding with the property’s 10th anniversary in 2023, is the TV series’ first-ever spinoff centering on Rubble and the release of the movie sequel PAW Patrol: The Mighty Movie.

SpongeBob SquarePants – Incurable optimist SpongeBob SquarePants, Patrick, Sandy, Mr. Krabs, Plankton and Squidward, along with all of the denizens of Bikini Bottom, will plunge into all-new adventures with a 14th season (26 episodes) of the most-watched kids’ animated series for 20 consecutive years. Bikini Bottom continues to expand with more episodes of the first two spinoff series Kamp Koral: SpongeBob’s Under Years and The Patrick Star Show, which was recently picked up for a second season, along with three character-driven movies launching exclusively on Paramount+, and a fourth theatrical release from Nickelodeon Animation currently in development.

Baby Shark – The world of the global pop culture phenomenon from Pinkfong continues to grow with a feature-length movie in development for Paramount+ in the U.S., and an upcoming special episode featuring Grammy Award-winning, multi platinum superstar Cardi B, and her family, Offset and Kulture, who lend their voices to a special episode premiering Friday, April 15.

Cardi B guest stars as Sharki B, the biggest star in the seven seas — flashy, awe-inspiring and ruthlessly fun, but always 100% herself and inspires other fishies to do the same. She is joined by Offset as Offshark, a cool fish with a great vibe and a huge Sharki fan, and Kulture as Kulture Shark, Offshark’s three-year-old daughter who is excited to attend Sharki’s big concert with her dad. In the episode, Baby Shark and William meet the ferociously fun rap icon, who is swimming into Carnivore Cove to perform her splash hit dance craze, “The Seaweed Sway.” Sharki asks them to show her around town and perform the dance on stage with her — but as hard as William tries, he keeps messing up the final move. With the help of his friends, he learns that the true secret to great dancing is doing it your own way.

The song “The Seaweed Sway” will be featured on Nick Jr.’s compilation album Sing, Dance & Sway the Nick Jr. Way, available on all digital streaming platforms on April 8.

Blue’s Clues & You! – Coming off Blue’s Clues’ milestone 25th anniversary, Nickelodeon has greenlit a fifth season (26 episodes) that will follow Josh (Josh Dela Cruz) and Blue as they skidoo into brand-new adventures, help out in their community, perform show-stopping dance numbers, sing along to original new music and get visits from fan-favorite characters, including Rainbow Puppy, Periwinkle and Magenta. Upcoming highlights for the property include an original movie Blue’s Big City Adventure for Paramount+ and Nickelodeon, and a live tour Blue’s Clues & You! Live on Stage kicking off this fall in the U.S.

The Loud House – Nickelodeon Studios is set to begin production on a brand-new original live-action series (10 episodes) based on the Emmy Award-winning animated show, premiering later this year on Paramount+. This follows the success of the live-action movie, A Loud House Christmas, which became TV’s top kids’ entertainment telecast of 2021 when it premiered on Nickelodeon in November.

The cast of the holiday movie will reprise their roles for the series, which will be executive produced by showrunner Tim Hobert (The Middle), Jonathan Hodge (A Loud House Christmas) and Michael Rubiner (The Loud House). Jude is also directing the pilot. 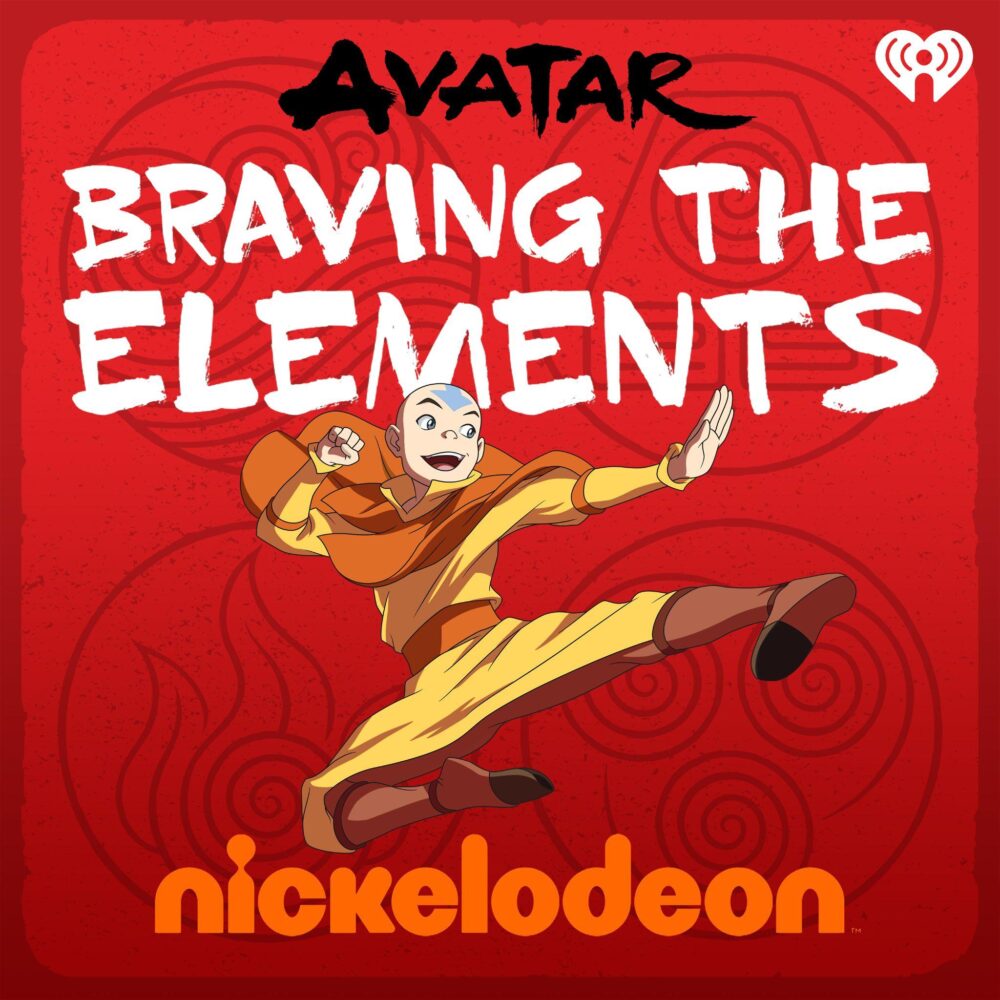 Avatar: Braving the Elements (Season 2, 40 episodes) – The official companion podcast for Avatar: The Last Airbender and The Legend of Korra returns for a second season as hosts Janet Varney (the voice of Korra) and Dante Basco (the voice of Prince Zuko) continue their re-watch of the beloved series. Special guests from cast members to producers to superfans drop in to explore elements of the Avatarverse and reveal secrets behind the making of the show. Produced in partnership with iHeartRadio.

NickFest – Nickelodeon will debut a two-day slime-filled festival October 22-23 in Los Angeles for kids and families, featuring music performances by top pop stars and one-of-a-kind experiential moments with the brand’s most beloved shows and characters.

Nickelodeon music label – Keeping in step with everything that kids love, Nickelodeon is prepping the launch of a new music label with a commitment to building and developing musical talent for kids today. Already announced is the formation of a new girl group, Good NEWZ Girls, in collaboration with Ty Ty & Jay Brown Productions, with more projects to be revealed soon.

Blue’s Clues & You! Live Tour – Nickelodeon recently announced that beloved puppy Blue will take center stage in a brand-new production, Blue’s Clues & You! Live on Stage, produced by Round Room Live. Launching this fall in the U.S., the interactive live tour will feature Blue, Josh and their friends Magenta and Rainbow Puppy, among others, in a new original musical adventure. Additional information, including cities, dates and exclusive pre-sale ticketing opportunities will be announced in July.