Shinkai is also known for the smash hit films Your Name. and Weathering With You, which both set box office records in Japan and around the world. GKIDS previously handled North American distribution for Weathering With You, the director’s most recent feature film, which debuted at the Toronto International Film Festival in 2019 before going on to box office and critical success.

“We are thrilled to represent these vital early films from Makoto Shinkai,” said GKIDS President David Jesteadt. “They display the astounding visuals and emotional stories of longing and human connection that have made him one of the most exciting and important directors in animation today, and we look forward to reintroducing them to fans old and new.” 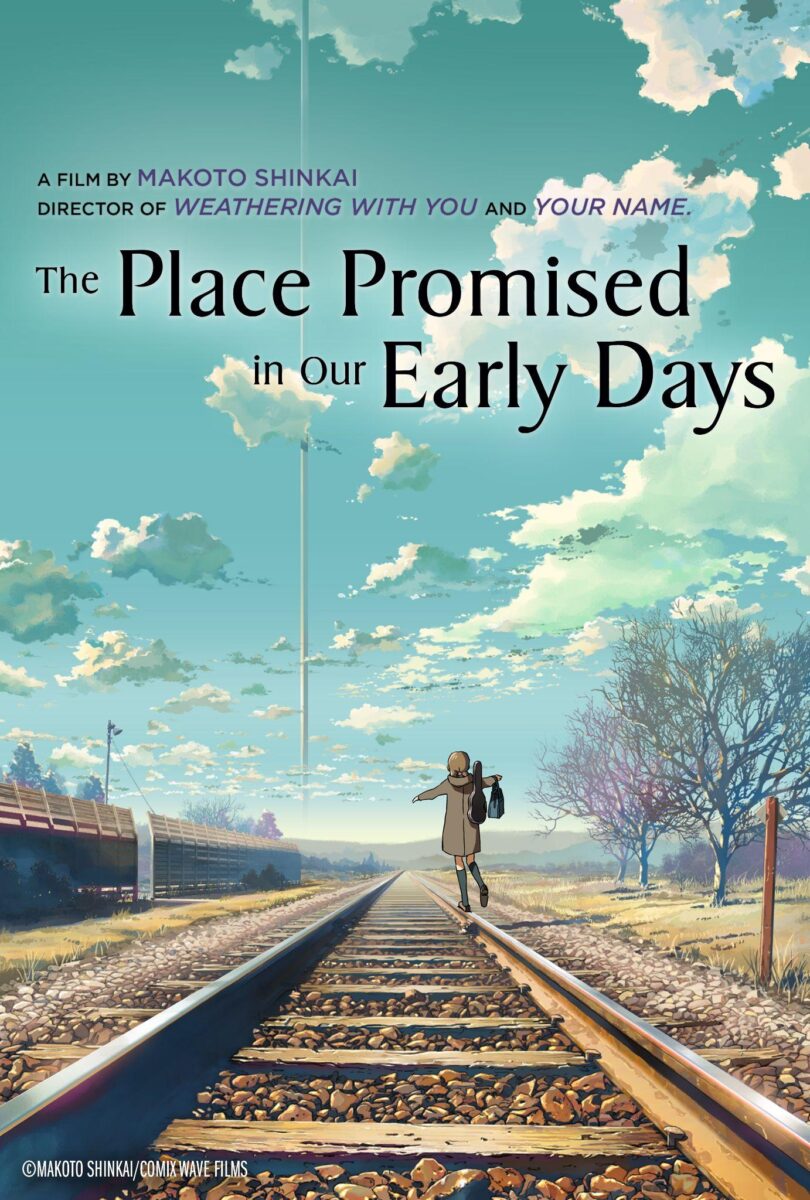 The Place Promised in Our Early Days (2004) | Shinkai’s feature film debut is a haunting and beautiful story of friendship and loss, with stunning visuals and the emotional approach to science-fiction that would become the director’s trademark. In an alternate post-war Japan, three teenagers become obsessed with a mysterious tower across the Union border, which reaches far into the sky. Hiroki and Takuya work on a makeshift airplane, which they promise their friend Sayuri they will use to visit the tower together someday, but she disappears before it is completed. Several years later, the tower suddenly activates, starting a phenomenon that threatens the world. And the young men now discover their long-lost friend Sayuri may hold the key to it all… 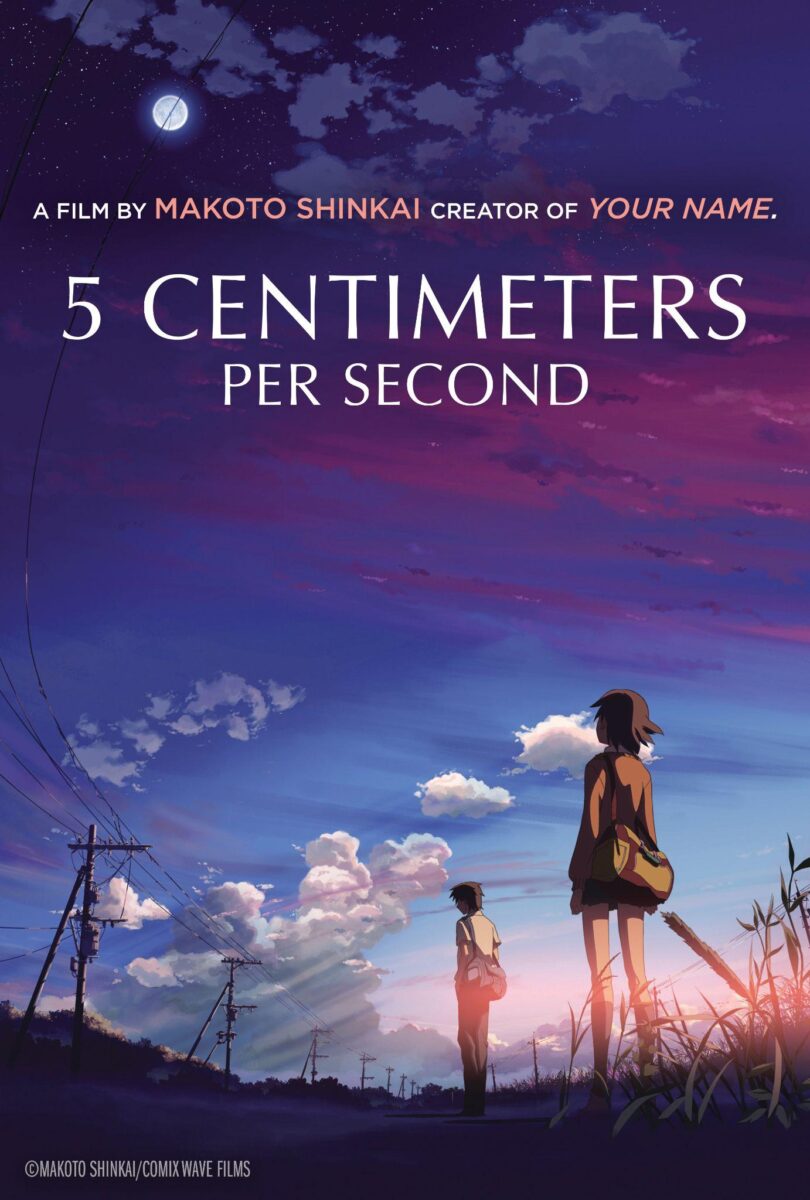 5 Centimeters per Second (2007) | Young love, missed connections, and unrequited feelings collide in a romance told in three vignettes, 5 Centimeters per Second: A Chin of Short Stories about Their Distance, explores the joys and heartache of falling in love set against the backdrop of the breathtaking visuals that define Shinkai’s work. Takaki yearns to spill his heart out for childhood crush Akari, but their families move away before any feelings can fully blossom. They stay in touch, but eventually drift apart with school and new friends to distract them. As the seasons pass, Takaki navigates his relationships while haunted by all the things he left unsaid with Akari, his first love. 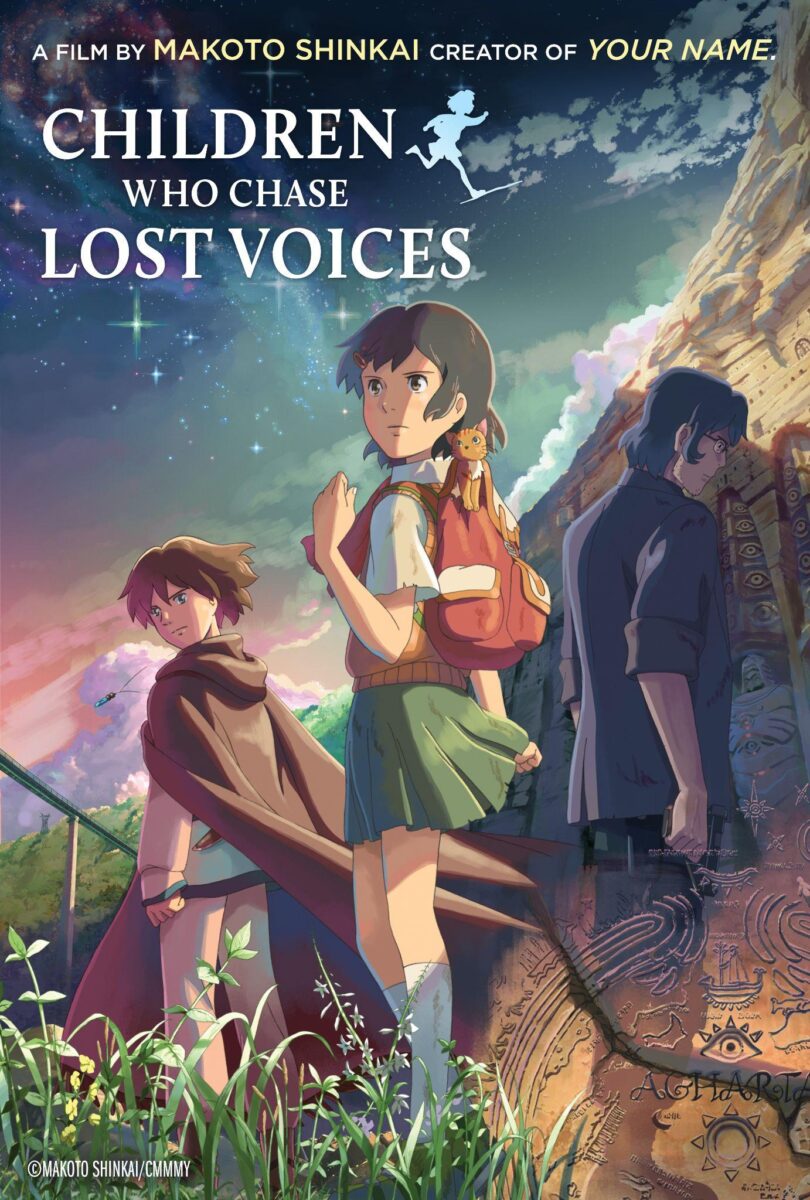 Children Who Chase Lost Voices (2011) | An epic fantasy adventure in a world of ancient gods. Asuna is an introvert who prefers spending her time listening to a radio left by her deceased father. One day, she hears an odd song that resonates in her heart unlike anything else. It leads to a chance encounter with a mysterious boy, who transports Asuna to Agarthaa land of legend where the dead can be brought back to life. Compelled by the song and the boy, Asuna journeys through the mythical lands, but hostile warriors and ghastly creatures will stop at nothing to prevent Asuna from uncovering the secrets of their world. 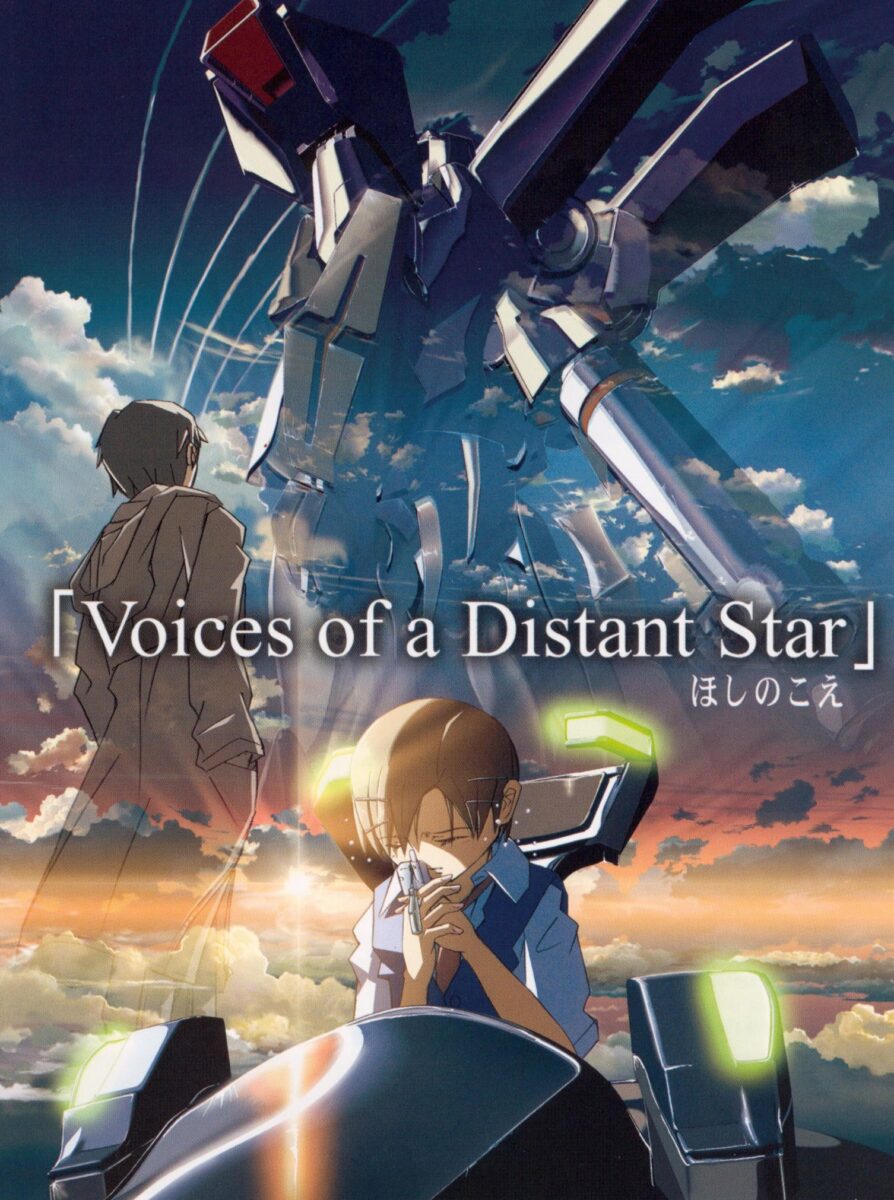 Voices of a Distant Star (2002) | Several years into the future, alien invaders threaten the safety of Earth. Mikako joins the global forces to defend the planet, but leaves behind her middle school crush, Noboru. They stay connected through emails even while their lives diverge. The galactic war soon sends Mikako further out into space where the time it takes to send and receive messages grows longer. As years start to pass between emails, Mikako and Noboru each grapple with unspoken feelings while hoping for the next message. Voices of a Distant Star is an emotionally-gripping sci-fi tale from Shinkai that offers an early look into his directorial vision.