The impressive cast lineup will span all content, featuring the voice of Maitreyi Ramakrishnan, the star of Netflix’s hit show Never Have I Ever.

“My Little Pony was a childhood favorite for me and now, I get to be a pony! Life brought me full circle and I couldn’t be more thankful. I am so excited to be able to bring some fun adventures and wholesome magic into fans’ lives!” said Ramakrishnan.

The two series and bonus specials debut on the heels of the immensely successful release of 2021’s My Little Pony: A New Generation on Netflix, which debuted as the #1 Kids Title in 86 countries and the overall No. 1 film in 20 countries. Both series will continue to follow the adventures of the Mane 5 ponies introduced in the film: Sunny Starscout, Izzy Moonbow, Hitch Trailblazer, Pipp Petals and Zipp Storm. 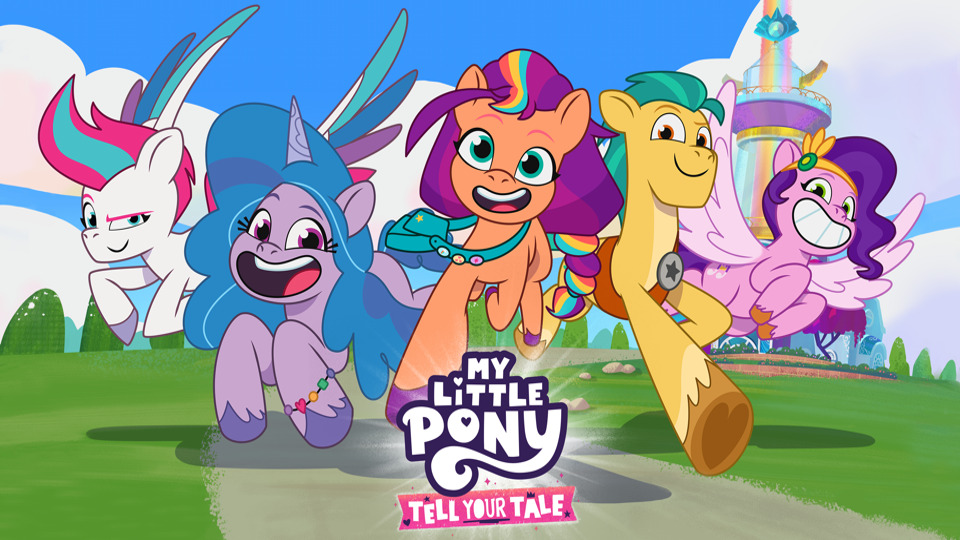 My Little Pony: Tell Your Tale will launch April 7 for free on the My Little Pony YouTube channel, with a new five-minute episode released each week. The series introduces My Little Pony‘s beloved next-generation characters in a sprightly 2D animation style and features upbeat, comedic stories that kids of all ages can enjoy. The slice-of-life series will showcase new sides of the Mane 5 and expand their universe in exciting new directions. The series is produced by Lil Critter Workshop, with Gretchen Mallorie serving as head writer/story editor and David Flack as creative producer.

My Little Pony has an extensive presence on YouTube, with 35 channels in 33 different languages and over 5.9 million subscribers across all channels. 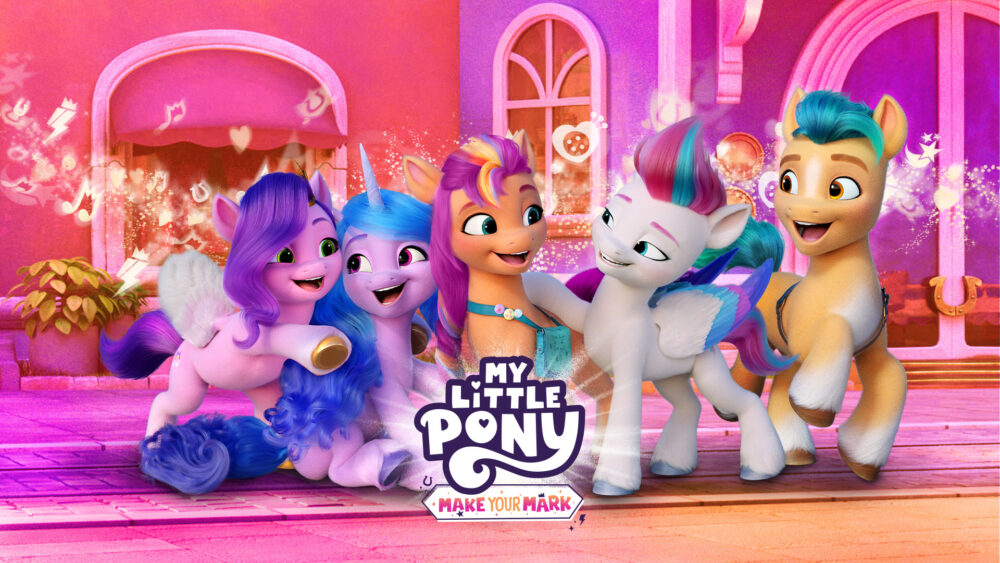 My Little Pony: Make Your Mark will launch on Netflix on May 26 with a bonus 44-minute animated special teasing the “mane” series, to debut in September. Created with a dazzling 3D CG animation style evocative of the recent film, the special and series (8 x 22′) will follow the Mane 5 on a journey of self-discovery told through action-packed, hilarious, and heartfelt stories. My Little Pony: Make Your Mark was developed for television by Gillian Berrow, is produced by Atomic Cartoons, with Cort Lane serving as executive producer and William Lau as supervising director.

My Little Pony aims to inspire everyone to explore, express and celebrate what makes them unique. Just as Everypony has its special sparkle and “cutie mark,” every child has the opportunity to make their mark and celebrate their true colors. Aside from episodic content, fans will get to enjoy the Mane 5 through new audio stories, a console game, apps, music and a dedicated podcast throughout the course of the year.

Hasbro will also be bringing the series to life through their new line of toys which will feature characters, locations, and songs kids will love from the series. The two-in-one convertible “Musical Mane Melody Playset” gives kids the chance to beautify their ponies before taking the stage for an epic karaoke performance. Additionally, the My Little Pony Mini World Magic line of toys lets kids build their world of magical mini-friends from all across Equestria and consists of tiny scenes and adorable characters from the My Little Pony: Tell Your Tale YouTube series.