L.A.-based animator/writer/director Grant Kolton received a lot of attention for his short In the Name of Bostona few years ago. He began his career animating and directing music videos for My Morning Jacket, Dave Matthews Band, Gogol Bordello, Cage the Elephant and Snoop Dogg. He has created short form animation for clients such as Pepsi, Bleacher Report, HP, McDonald’s, AC Entertainment and PayPal. He was also behind the City Dwellers short, co-produced by Frederator and Sony Pictures Animation for the GO! Cartoons series. His latest work is a 2D-animated music video for Greensky Bluegrass’ latest song “Stress Dreams.” He was kind enough to answer a few of our questions this week:

Animation Magazine: Congrats on the awesome music video. Can you tell us how you got involved with this project?

Grant Kolton: I originally connected with Matthew Beck, Greensky’s manager, back in 2012 after I graduated from art school. My cousin introduced us, since Matt also manages his band, Naive Melodies. I had discussed doing a Greensky Bluegrass video then but it didn’t work out timing wise. Almost 10 years later, Matt reached out again and the stars aligned perfectly to actually make it happen!

Were you familiar with the music of Greensky Bluegrass?

Yeah, when Matt first contacted me all those years ago I thought their music was great! Greensky Bluegrass has always popped up in my Spotify ever since and l was hoping we’d be able to collaborate eventually.

How did you come up with the concept for the animated video?

I immediately felt that “Stress Dreams” was very cinematic. I pictured a hero’s journey — which thankfully is what Greensky Bluegrass had in mind, too. I generally look inward for inspiration rather than to the outside world, so images just popped into my head for the most part as I thought through everything.

My process started with listening to the song on repeat while sketching. I could hear distinct shifts in the tone/mood at various sections of the song. I marked the timecodes where I felt these happen and wrote out what feelings they inspired, whether that was hopefulness, anxiety, tension, triumph, etc. I then bulleted out different scenes and moments that would connect with these feelings, getting more detailed about at which second what would specifically occur.

This naturally led me to flesh out the full story arc as things fell into place on their own. I wanted to create a rich visual world, and I slowly began to see a pattern for what elements would be revisited and how they would evolve. Because the song uses repetition of the beginning lyrics at the end, I came to the conclusion that the video should also be cyclical. 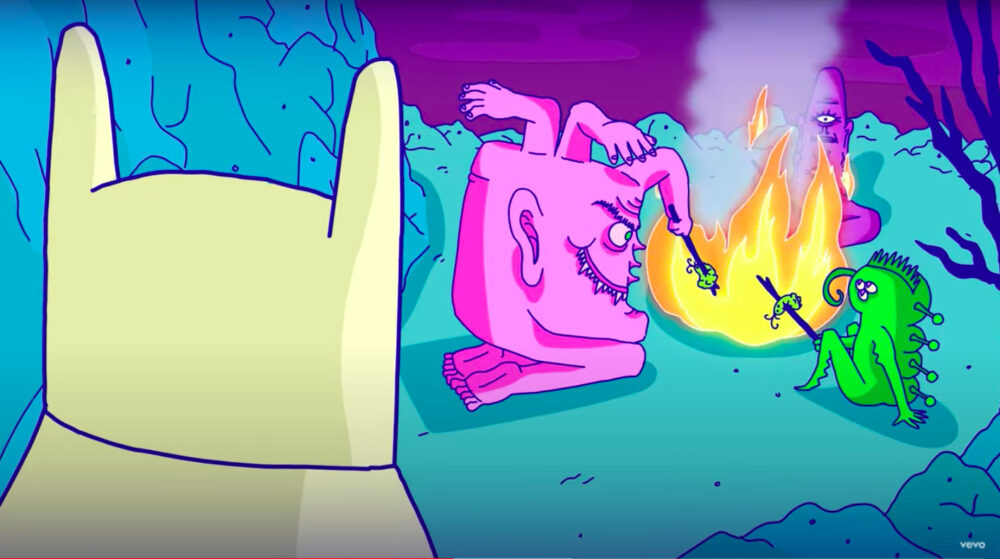 How long did it take to make?

I made this animation over a 24-week timeline. The first eight weeks were for sketching, concepting and building the animatic. The remaining 16 weeks were reserved for completing the final animation with a target of 30 seconds of finished animation per each week. I ended up completing everything just before Christmas, so the last week was reserved for tightening things up and minor tweaks.

How many people worked on it and where was the animation done?

Just me! I am used to being a one-man team so I did it all solo: design, direction and animation. I created the entire video at my home studio in Los Angeles. Though, I did do some touch-up work on the road and I sketched while hiking around, too.

Which animation tools did you use to produce it?

The animation was made using a Wacom Cintiq 24HD drawing monitor, with a majority of the work being created in Adobe Animate. Final composite and some minor effects were done in Adobe After Effects. And the final assembly was built out in Adobe Premiere. But everything for me starts with thumbnails using good old fashioned pencil and paper. 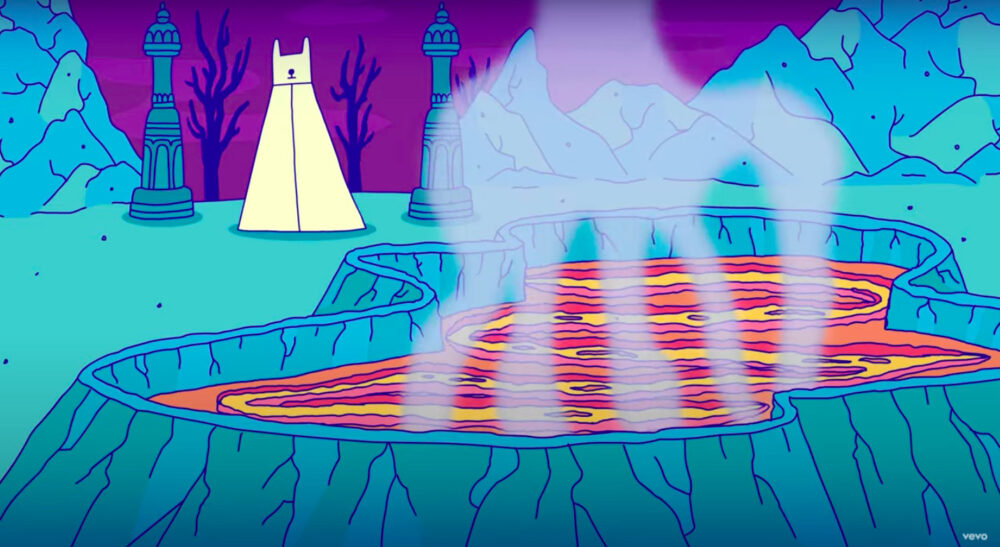 What do you love best about this short?

I am very proud of the flow of the animation overall, given the long runtime. But what excites me most is the death/rebirth trip sequence after the hero is consumed by the snake. Mainly because this moment gave me an opportunity to do something I hadn’t done before. It allowed me to distance myself from the narrative and get more abstract.

What was the toughest part of the job?

My toughest challenge was figuring out the color palette for the animation. It really stunted me in the beginning, so I shifted my production schedule. I ended up creating a lot of the scenes as unfilled line art to just keep moving forward. Most of my work previously didn’t include vast landscapes or backgrounds at all, so this was definitely a tricky problem for me to solve. 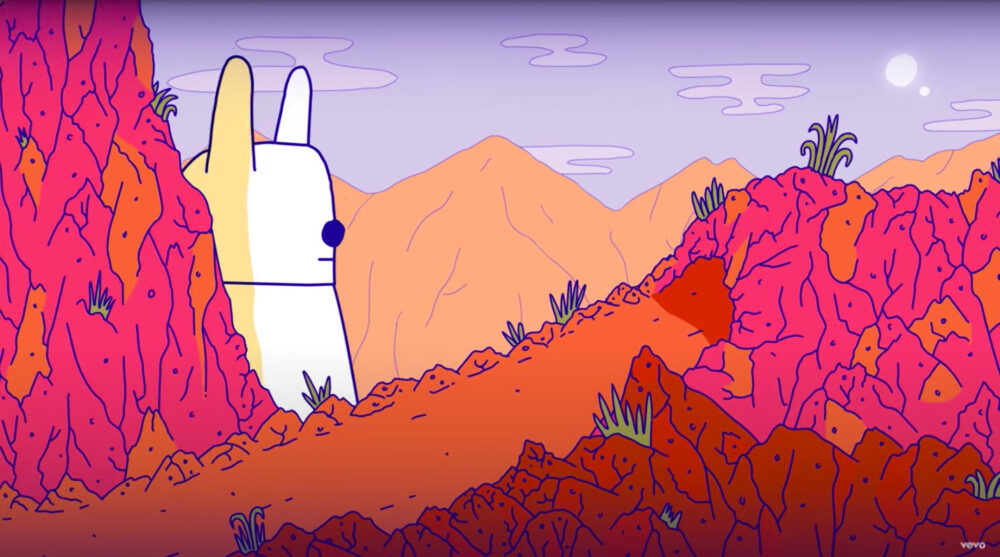 Who are your biggest animation influences?

For this project my biggest influence was The Midnight Gospel. I love how well thought out the worlds are in that show. Also Primal by Genndy Tartakovskyfor its incredible dialogue-free storytelling. My main animation influences though are Looney Tunes and ’90s Nickelodeon/Cartoon Network shows — some of my favorites being Rocko’s Modern Life, Dexter’s Laboratory and Aaahh!!! Real Monsters. But what made me want to pursue animation originally was watching South Park, the first wave of Adult Swim shows and seeing Bill Plympton’s I Married a Strange Person.

What would you say was the biggest lesson you learned from this experience?

I learned that I can tackle something this length; it’s by far the longest animation I have ever made. And that I have a new love for creating straight-ahead animation and morphing. This was also one of the first self-directed pieces I made that was not comedic, and I’d love to do more work like it in the future.