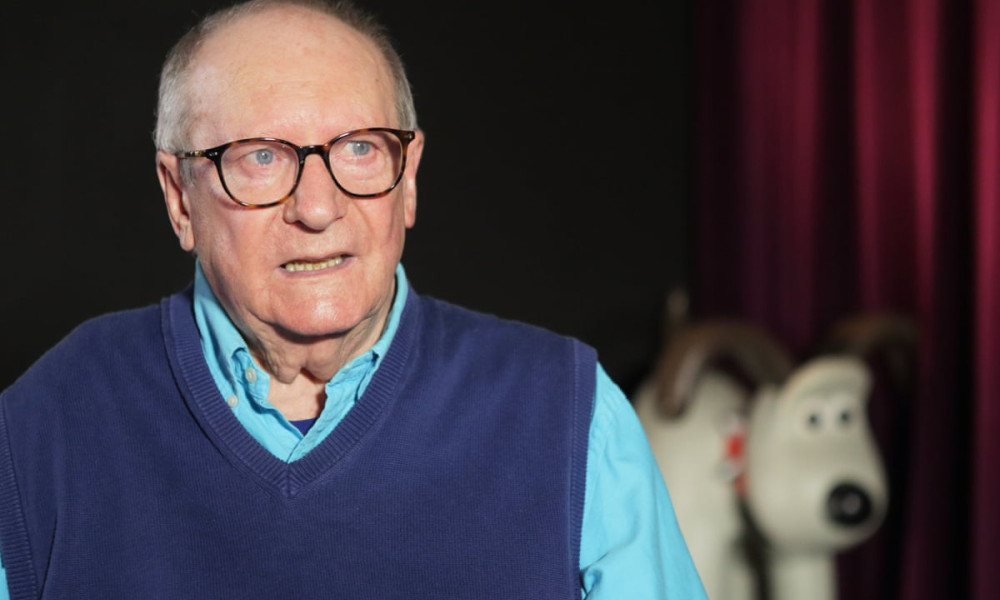 Robert John “Bob” Baker, a film and television writer best known for his work with Aardman Animations on its Wallace & Gromit films and for creating the dog-like mobile computer K9 on Doctor Who, died November 3 at age 82. The news was announced by the @K9official1 Twitter account on Friday.

Dear Friends.
It is with great sadness that we announce the death of our dear friend and business partner, the iconic BOB BAKER. pic.twitter.com/4Quj7zWbqJ

Born in the St. George district of Bristol, England on July 26, 1939, Baker left secondary school at age 15 and became an apprentice monumental mason, carving inscriptions on gravestones — leading the wit to once quip, “I was always a writer.” After making a couple short films on 16mm, the budding creative decided to return to school in 1959, studying painting with animation & film as a subsidiary. Despite a couple of gigs in the industry, Baker’s break into entertainment did not begin to open up until he befriended a regular customer at a small shop he had opened: advertising copywriter Dave Martin.

Baker and Martin went on to create a number of live-action projects in collaboration with HTV producer Patrick Dromgoogle through the 1970s, including the dramas Thick as Thieves and Machinegunner, children’s drama Sky and BAFTA nominated dark-fantasy King of the Castle. During this time, the writing partners had sent a script to the BBC which led to their first Doctor Who commission (“The Claws of Axos,” 1971). Baker and Martin would write seven adventures for the Time Lord, including K9’s introduction in “The Invisible Enemy” (1977). Baker penned the ambitious “Nightmare of Eden” (1979) on his own.

K9 went on to enjoy its own spin-off pilot, K9 and Company (1981), in which the mutt-like machine teamed up with former Doctor companion Sarah Jane Smith (played by Elisabeth Sladen). The character reunited with Sarah Jane in a 2006 episode of the resurrected Doctor Who, and continued to appear in the spin-off The Sarah Jane Adventures. Baker and producer Paul Tams at last got the character its own spin-off, K9, in 2009. The 26-episode series was made and broadcast in Australia and distributed all over the world. Further series, feature and book projects had been announced in the works from Baker and Tams over the last several years; Baker published his autobiography, K9 Stole My Trousers, in 2013.

Baker first teamed up with Aardman co-founder Nick Park to co-write Wallace & Gromit in The Wrong Trousers (1993) — the second stop-motion short to feature the cheese-loving inventor (voiced by Peter Sallis) and his super intelligent, put-upon pup — which won the Academy Award for Best Animated Short and the BAFTA for Best Animation. Baker and Park followed this with the Oscar-winning A Close Shave (1995), introducing another beloved character to the Aardman family: Shaun the Sheep, who would go on to star in his own TV series and two feature films.

Baker also co-write the Oscar-winning Wallace & Gromit feature The Curse of the Were-Rabbit (2005) and, as pointed out by fellow scriptwriter Eddie Robson on Twitter (@EddieRobson), wrote his own death into Park’s BAFTA and Annie-winning short A Matter of Loaf and Death (2008) with the murder of “Baker Bob.”

RIP Bob Baker, who once wrote his own murder into a Wallace & Gromit film pic.twitter.com/Z3UW6LHXQe

Baker’s further collaborations with lifelong friend Martin, who died in 2007, included 1970s projects Z-Cars, Hunter’s Walk and police serial Target. On his own, Baker also wrote episodes and script-edited for U.K. shows Shoestring, Call Me Mister and TV movie The Jazz Detective, and conceived and script-edited 1982’s Into the Labyrinth, which like Doctor Who incorporated time travel into its fantastical stories.  Most recently, he served as a writer and producer for the hybrid documentary series Wallace and Gromit’s World of Invention (2010), produced for the BBC.