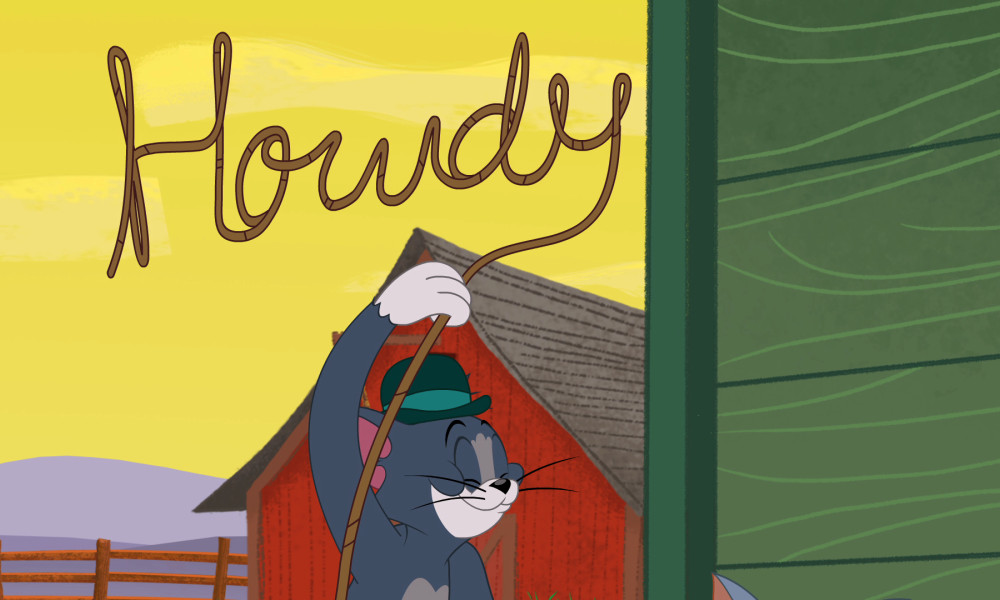 Tom and Jerry Return in All-New Movie ‘Cowboy Up’

Cartoon comedy’s iconic cat and mouse duo is back in action in Tom and Jerry Cowboy Up, the all-new, full-length animated family film set for release on Digital and DVD ($14.99 SRP / $19.99 SRP Canada) on January 25, 2022 by Warner Bros. Home Entertainment. Produced by Warner Bros. Animation, Tom and Jerry Cowboy Up finds the rip-roaring duo in the wild west where they help save a ranch from the hands of a greedy villain.

Synopsis: The Wild, Wild West just got wilder with Tom and Jerry on the ranch! This time, the rivals team up to help a cowgirl and her brother save their homestead from a greedy land-grabber, and they’re going to need some help! Jerry’s three precocious nephews are all ready for action, and Tom is rounding up a posse of prairie dogs. But can a ragtag band of varmints defeat a deceitful desperado determined to deceive a damsel in distress? No matter what happens with Tom and Jerry in the saddle, it’ll be a rootin’ tootin’ good time!

Tom and Jerry Cowboy Up was executive produced by Sam Register. The film was produced and directed by Darrell Van Citters (Tom and Jerry in New York, The Tom and Jerry Show, Tom and Jerry: Santa’s Little Helpers). Story by Will Finn and teleplay by William Waldner.