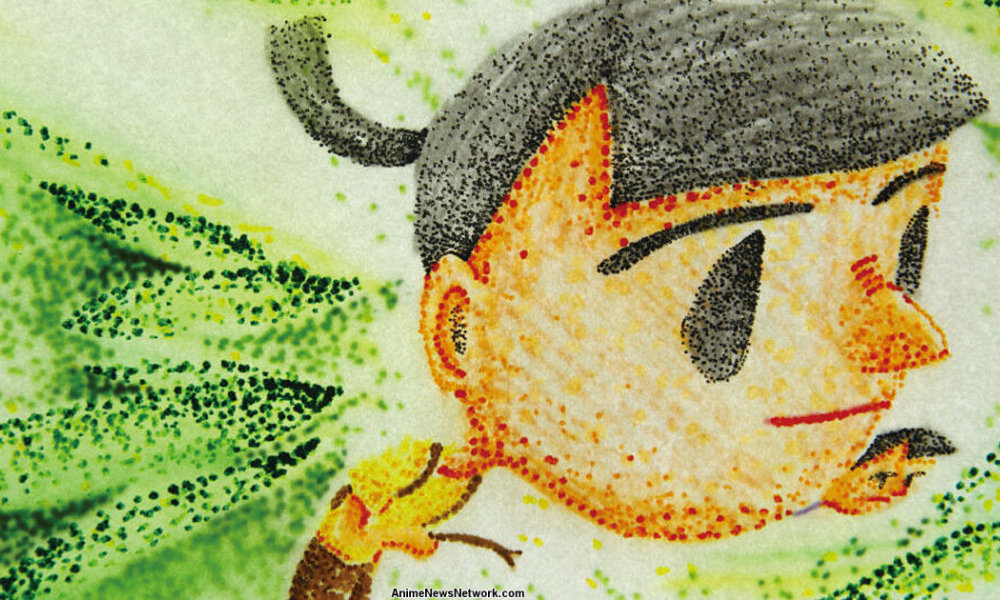 Point by Point: Honami Yano on Her Ottawa-Top-Prize-Winning Short ‘A Bite of Bone’

In Honami Yano’s acclaimed short A Bite of Bone (Honekami), memories of a summer spent with her father return to a young girl’s mind during his funeral. The impressionistic short, which won the Grand Prize for Short Animation at the Ottawa International Animation Festival last month, was made by the talented young director during her time as a research assistant in the Tokyo University of the Arts graduate program.

“The island where I was born, which also is the setting for my film, has no high school nor art classes, and certainly no art school,” she tells Animation Magazine. “I just always loved to draw and paint. I went to a university that had nothing to do with animation, but then I decided that I wanted to pursue it, so I enrolled in an art university in Kyoto.”

After enrolling in an exchange program at the Rhode Island School of Design, Yano was introduced to independent animation. She recalls, “I took a studio course with Gina Kamentsky which I really enjoyed. She told me, ‘Go crazy, Honami!’ And I indeed became crazy about animation.”

Soon after, she joined Oscar-nominated director Koji Yamamura’s (Mt. Head) seminar at the Tokyo University of the Arts and began creating A Bite of Bone. “I started on the storyboard in about February 2019 and finished the film in March 2021, so it took two whole years,” she recalls. “The animation and compositing were almost all completed in the first year. The rest of the time was spent entirely on coloring (dotting)!”

Yano was the sole person working on the actual production of the short. “The method of pointillism was not something I could get anyone to help me with, and basically I really like doing things by myself,” she says. “I had many discussions with my producers, Koji Yamamura and his partner Sanae, about the piece. In particular we discussed in detail how to phrase the dialogue, what to say out loud and what not to say out loud. Our conversations were not only a lot of fun but made the whole process joyful and educational for me.”

What’s so impressive about the short is Yano’s clever use of colored markers to create the images. For the intermediate shades, she bought special markers from an art supply store. But some had tips that were too thick — so, for some scenes, she ended up borrowing markers that Yamamura had used on Mt. Head. Colored pencils and pastels were also employed on the reverse side of the paper. For software, she used Dragonframe, After Effects, Premiere and TVPaint.

When we ask her about the superhuman amount of patience required to create animation by dotting, she says, “When I started, a day of dotting brought on headaches and pain in my neck and wrist. From the beginning I found the work enjoyable and rewarding, but the pain made me wonder if I could continue until the end. But after a certain point, my body stopped hurting. Then I had more leeway to think about other things, such as how to make it even better and more beautiful. At first it took a lot of patience, but as dotting became a part of my daily routine, doing it became the norm. I just kept at it, day in and day out. When I was finished, it felt strange — like something was off!”

The short’s plotline was inspired by Yano’s own memories of her father and her home island. “I lost my father when I was nine years old, but I remember him at every turn,” she says. “I decided to confront my father’s bones through this work. I also wanted to address my feelings about the gunpowder storage hole that was in the hills behind my family’s house on the island. In the film, I refer to it as a bomb storage to keep it simple, just like a father would say when explaining it to his kids. I have always felt guilty about its existence and wondered why we have it in the back hills instead of an air-raid shelter. This made me feel a little gloomy, like it was saying that I side with the oppressors who inflict violence on people. This artifact is no doubt a negative truth of our history but I felt I needed to recognize and accept it, have it passed on to me and portray it.”

The talented artist says she loves working in animation because it allows her to refine her skills as she is in the process of creating a work of art. “The more I make animation, the more I understand how great the works of my favorite artists are. Then these works seem to move farther away from my reach and I can never catch up with them. But this endless pursuit is what makes it challenging.”

Yano is kind enough to offer some helpful tips for newbies in animation: “During my student days in Kyoto, my school was more oriented towards ‘anime’ than experimental animation,” she mentions. “I got a D on my first animating assignment. I tried to revise it and then took it to my teacher. The teacher said, ‘You are the only one who got a D on this assignment, which was the lowest grade possible. You are also the only one who corrected it and brought it to me. You’re the worst in the class, so you’re not going to get any worse. That means you can only get better no matter what you do, and you can do anything you want!’”

She concludes, “My starting point as an animator was at the bottom: D. That set me free and made me look up. When I looked up, there were many shining, wonderful films to guide me. This prize I got is a very big and also a small step in a long road. The stars are out of reach. That’s why I am still looking up from the world of D. I think everyone, wherever they are, should look at what they want to see and be free. Personally, I like the shape of B in the alphabet!”

【trailer】A Bite of Bone / 骨嚙み from Honami YANO on Vimeo.