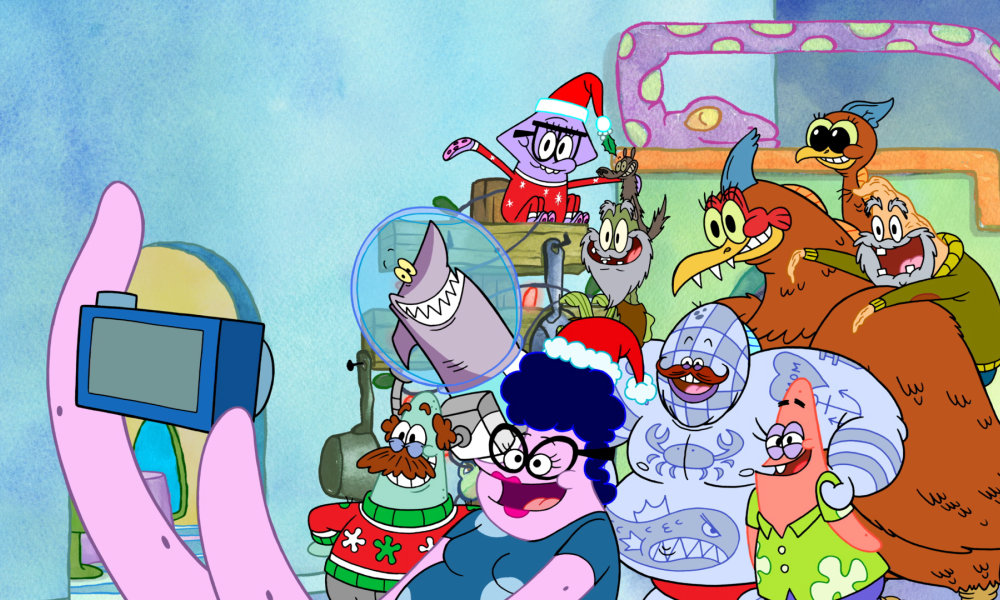 Nickelodeon Kicks Off a Holly Jolly ‘Nickmas’ on Nov. 20

Nickelodeon is getting into the holly jolly “Nickmas” spirit with a holiday-themed lineup of premieres and specials across its hit animation, live-action and preschool series beginning Friday, Nov. 20. Viewers will be treated to a festive lineup featuring: A Loud House Christmas, the brand-new original live-action holiday movie based on the Emmy Award-winning animated series The Loud House, and all-new episodes of the net’s hit series, including Blue’s Clues and You!, PAW Patrol, Rugrats, Danger Force and That Girl Lay Lay.

In A Loud House Christmas, premiering Friday, Nov. 26, at 7 p.m. (ET/PT), Lincoln Loud (Wolfgang Schaeffer) gears up for the ultimate Christmas until he finds out that most of his sisters have plans to be elsewhere for the big day. Determined to remind his family that they all need to be together, Lincoln and his best friend Clyde McBride (Jahzir Bruno) embark on a mission to preserve the family’s holiday traditions. A Loud House Christmas will also see additional characters from the animated The Loud House series come to life as they join Lincoln, Clyde, and the Loud family in the town of Royal Woods for the holidays.

The Nickmas slate of holiday-themed programming will also feature fan-favorite titles and original holiday movies from Nickelodeon’s library of holiday classics, which includes the iconic perennial Rugrats “A Rugrats Chanukah,” SpongeBob SquarePants “It’s a SpongeBob Christmas!” and PAW Patrol “Pups Save Christmas,” and Nickelodeon original holiday movies A Fairly Odd Christmas, Merry Christmas Drake & Josh, Santa Hunters and Tiny Christmas. A collection of Nickmas episodes and movies are also available to stream on Paramount+ and Download-To-Own services, as well as Nick.com and the Nickelodeon App, which also features short-form content.