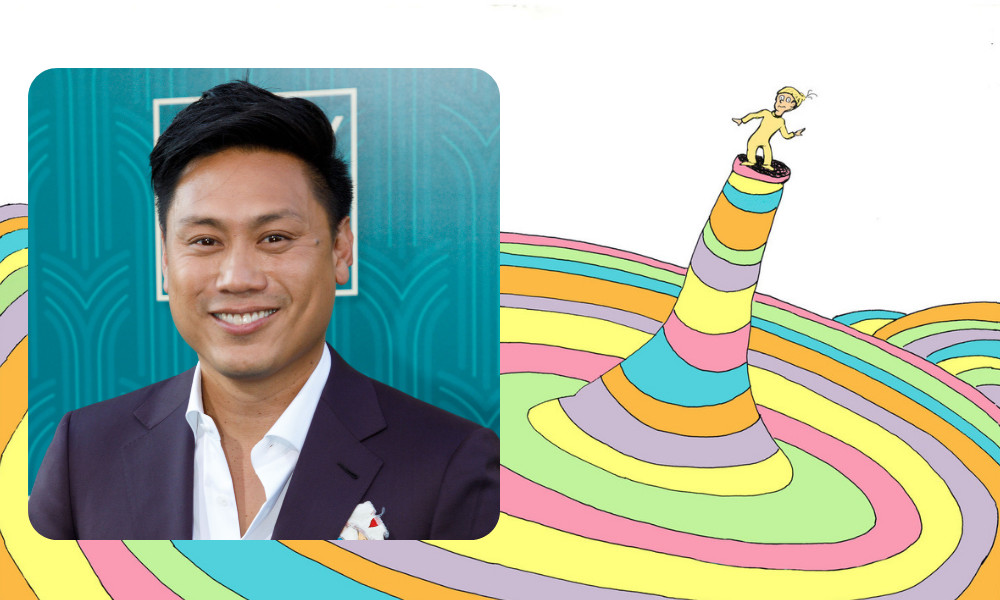 Dr. Seuss Enterprises, a leading global children’s entertainment company, and Warner Animation Group, the animated film production arm of Warner Bros. Pictures, today announced plans to bring on Jon M. Chu as director of the upcoming film adaptation of Oh, The Places You’ll Go! The film, set to debut in 2027, will bring the iconic story and characters of Dr. Seuss’ beloved book to life on the big screen.

Based on Dr. Seuss’ final book, Oh, The Places You’ll Go! will be a globetrotting animated musical following a young adventurer as they journey through the joys and heartaches, and the peaks and valleys, of life.

Chu most recently helmed the acclaimed film adaptation of Lin-Manuel Miranda’s Tony Award-winning musical In the Heights for Warner Bros. which was released June 11, 2021 in theaters and on HBO Max. Chu is perhaps best known for directing the worldwide phenomenon Crazy Rich Asians, which was nominated for numerous awards and earned more than $240 million, making it one of the top 10 highest grossing romantic comedies of all time. He is attached to direct Wicked, the feature-film adaptation of the record-breaking musical phenomenon for Universal.

For television, Chu serves as an executive producer and director of Home Before Dark for Apple TV+, which recently debuted its second season. Previous credits include Step Up 2: The Streets, GI. Joe: Retaliation, Justin Bieber’s Never Say Never and more representing over $1.3 billion worldwide.

Alongside Chu as director, Bad Robot Productions has been tapped to adapt Oh, The Places You’ll Go! for the big screen, marking the award-winning production company’s first foray into feature animation. J.J. Abrams will serve as producer on the film along with Hannah Minghella, Bad Robot’s Head of Motion Pictures.

Oh, The Places You’ll Go! is part of the growing slate of animated projects that Warner Animation Group and Dr. Seuss Enterprises are developing, including a film adaption of The Cat in the Hat that will kick-off the new Dr. Seuss movie slate in 2024, with Erica Rivinoja (South Park, Cloudy with a Chance of Meatballs 2) and Art Hernandez (Planes, Planes: Fire and Rescue) on board as directors, and Thing One and Thing Two (working title) an original feature length animated adventure. Additionally, the hit Netflix series Green Eggs and Ham debuted its second season on Netflix on November 5, 2021.

“We are beyond thrilled to bring one of the most beloved Dr. Seuss books to life for so many generations of Seuss fans,” said Courtenay Valenti, President, Production & Development, Warner Bros. Pictures. “The pairing of this classic title, with the creative excellence of Jon Chu and Bad Robot defines what we at WB try to achieve; marry great branded entertainment with singular creative talent.”

Susan Brandt, President of Dr. Seuss Enterprises, said, “Jon M. Chu is one of the most creative directors in the industry and we look forward to working collaboratively with Jon to capture the emotional and resonating messages found in Oh, The Places You’ll Go! We’re thrilled to bring this beloved story to screen for fans with Mr. Chu and the teams at Bad Robot and Warner Animation Group.”

“As soon as we made the decision to adapt Oh, The Places You’ll Go! as a musical we knew we wanted to approach Jon,” said Hannah Minghella, Head of Motion Pictures Bad Robot. “Not only does he bring a passion and expertise in directing musicals but he also brings a deep humanity to all of his work. We’re thrilled to be on this journey together!”