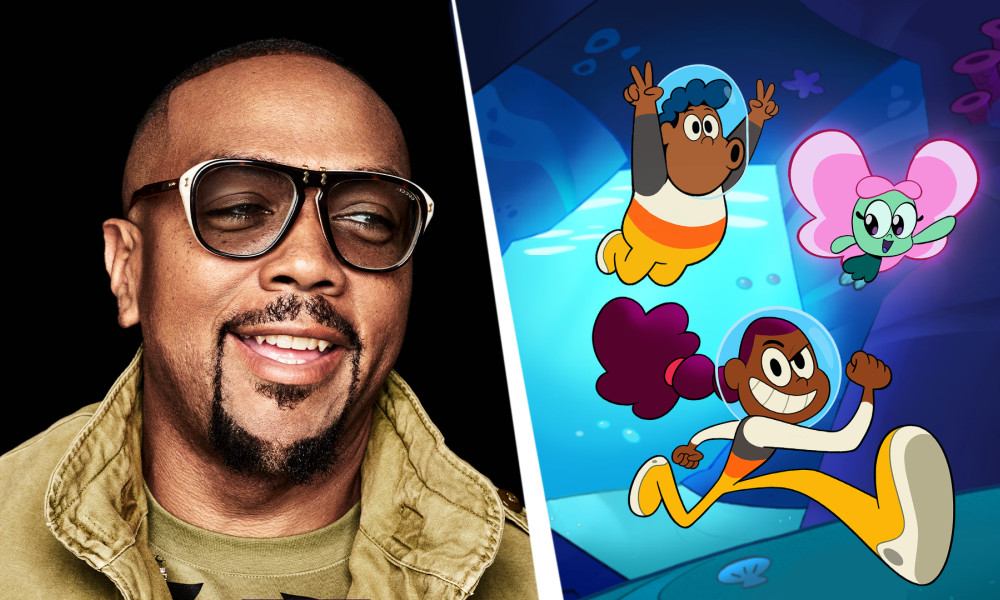 Guru Studio announced today it has teamed up with Grammy-winning music producer Timbaland and his Beatclub team to produce the theme song for its newest animated property, Big Blue. The series was created by Guru Studio designer Gyimah Gariba, who has built a massive online following for his distinct illustrative style, and developed with CBC Kids. The series will make its world premiere on CBC Kids beginning Saturday, December 4

Gyimah was named one of Animation Magazine‘s 2020 Rising Stars of Animation and one of “15 Young African Creatives Rebranding Africa” by Forbes.

The imaginative series for kids 5-9 follows sibling underwater adventurers Lettie and Lemo who lead a quirky submarine crew with a magical ocean fairy stowaway named Bacon Berry. Together, they just might unravel the mysterious secrets of their underwater universe! The series drops young viewers deep into a wacky world of comic adventure, while helping to redefine what a family means and how caring for one another is the most important thing of all.

“Trying something different is what it’s all about and being a part of a kids show that’s so unique is as different as it gets for me,” said Timbaland. “I’m looking forward to speaking to the next generation and helping to make a difference.”

Big Blue is produced by Guru Studio, the powerhouse animation studio behind the global phenomenon PAW Patrol, the Netflix Original series True and the Rainbow Kingdom and new series Pikwik Pack on Disney Junior and Hulu. The series will premiere exclusively in Canada on CBC Kids and will be available to stream on CBC Gem, CBC’s streaming service. Additional international broadcasters on board include Nickelodeon in the U.K., ABC Me in Australia, CTC Kids in Russia and NRK in Norway.

Timbaland is currently developing a brand new creative enterprise called Beatclub, a music marketplace and creator club which is a place for A-list producers to sell beats, sound packs and loops online. The new company aims to be the creative hub of the music industry.