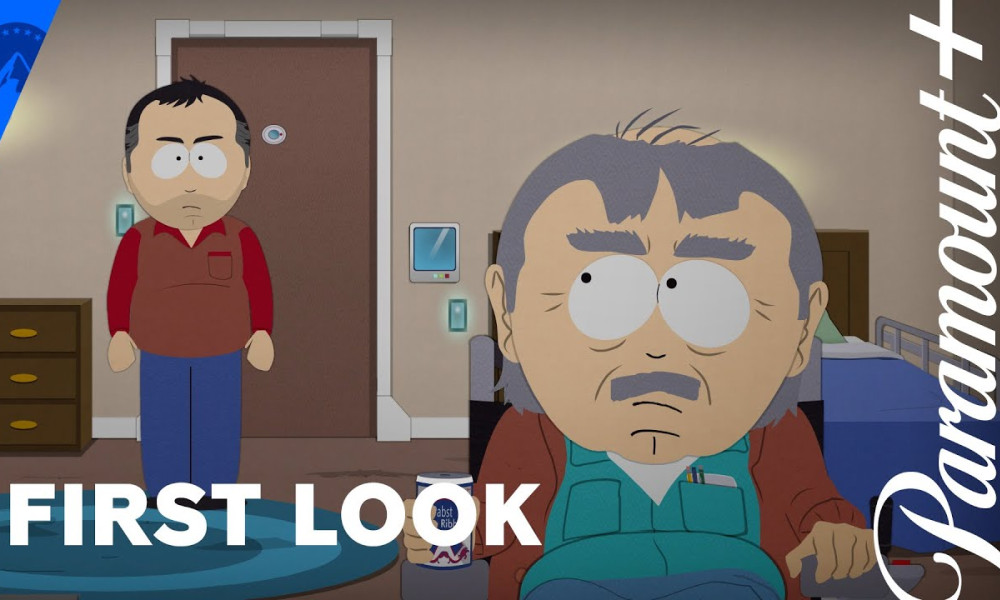 We’ve been through a lot. Everything has changed. What will the future hold?…

Paramount+ has dropped the teaser trailer for the first in a planned series of 14 original South Park films (which, we learn, are not feature-length movies or specials but rather, “exclusive events”). Premiering November 25 on the streamer, South Park: Post COVID introduces adult versions of Stan and Kyle as they reconnect in an imagined world beyond these challenging times.

Logline: What happened to the children who lived through the Pandemic? Stan, Kyle, Cartman and Kenny survived but will never be the same Post Covid.

As previously announced, the second South Park Exclusive Event is due to arrive on Paramount+ in December. No further details have been announced. These extra installments follow up on 2020’s Emmy-nominated The Pandemic Special (cable’s #1 scripted telecast of the year and South Park‘s 19th Emmy nomination for Outstanding Animated Program) and the South ParQ Vaccination Special, which ranked as the top cable telecast of 2021 with nearly 3.5 million total viewers across its premiere night.

South Park launched on August 13, 1997. The series is created by Trey Parker and Matt Stone, who also executive produce alongside Anne Garefino and Frank C. Agnone II. Eric Stough, Adrien Beard, Bruce Howell and Vernon Chatman are producers. Chris Brion is the creative director of South Park Digital Studios. Renewed by Comedy Central through to 2027, the series has earned five Emmy Awards to date and a George Foster Peabody Award.