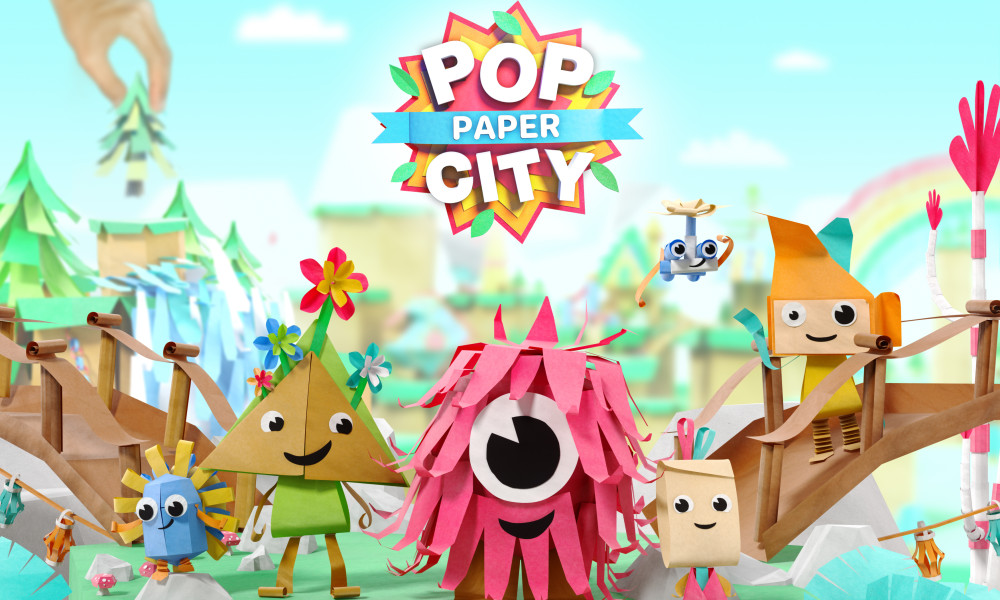 Cast Announced for ‘Pop Paper City’, Coming to Milkshake! in 2022

Channel 5’s Milkshake! and the series producers have announced the voice cast for upcoming CGI/live-action preschool series Pop Paper City (52 x 11′), set to air on the U.K. kids’ block in Autumn 2022. The show is being produced by LoveLove Films (U.K.) and distributed by Aardman.

Pop Paper City is a vibrant 3D craft show that follows a group of unique paper characters as they get crafty and create adventures together in a captivating paper world. In each eleven-minute episode, the characters find new ways to have fun together by creating new parts of their already impressive world. The craft montages in the show — which mix live action with 3D animation — inspire children to make their own paper creations, encouraging ‘doing as well as viewing.’

Established actor, comedian and writer Nick Mohammed (Ted Lasso, Intelligence, The Nutcracker and the Four Realms, Christopher Robin) is set to voice Helping Hand, the friend and guardian to the paper characters in Pop Paper City. The only live action human, Helping Hand is an expert when it comes to crafts and is always there to guide his paper friends.

Being able to truly reflect young, diverse audiences has been an integral part of the conception of Pop Paper City. It has been incredibly important to the studio, the broadcaster and the distributor to create a show that tells authentic stories, told with the help of diverse talent. Many studies and industry reports have found that children of diverse backgrounds as well as young female audiences benefit immensely from being represented, and with a diverse team of writers and voice acting talent, Pop Paper City aims to create authentic stories and characters that children from across the globe will be able to relate to.

“It’s really exciting to be heading up a team of such talented writers from diverse backgrounds and giving opportunities to new talent. All the writers have brought amazing ideas and really contributed to the development of this fantastic show,” said Larson.

The seasoned talent behind the mic includes voice director Dom Boucher from The Sound Company (Peppa Pig, Wallace & Gromit: The Curse of the Were-Rabbit) and Tony nominee Alex Baranowski (True Things, A Christmas Carol), who will be composing the score and the theme tune.

Set to be the largest original children’s TV series to be produced out of regional Dorset, Pop Paper City will be mixing 3D animation and live-action footage. To do this ambitious concept justice, the series is using many innovative techniques, including the production of Pop Paper City in Maxon’s Cinema 4D software, making it the first kids television series to be animated in this software.

Pop Paper City has received support from the Young Audiences Content Fund, which is managed by the BFI and financed by the U.K. Government. The fund supports the creation of distinctive, high-quality content for audiences up to the age of 18. The fund offers production funding for projects which have secured a broadcast commitment from a U.K. Public Service Broadcaster to make the program available to a U.K. audience on a free-to-access, Ofcom-regulated service.