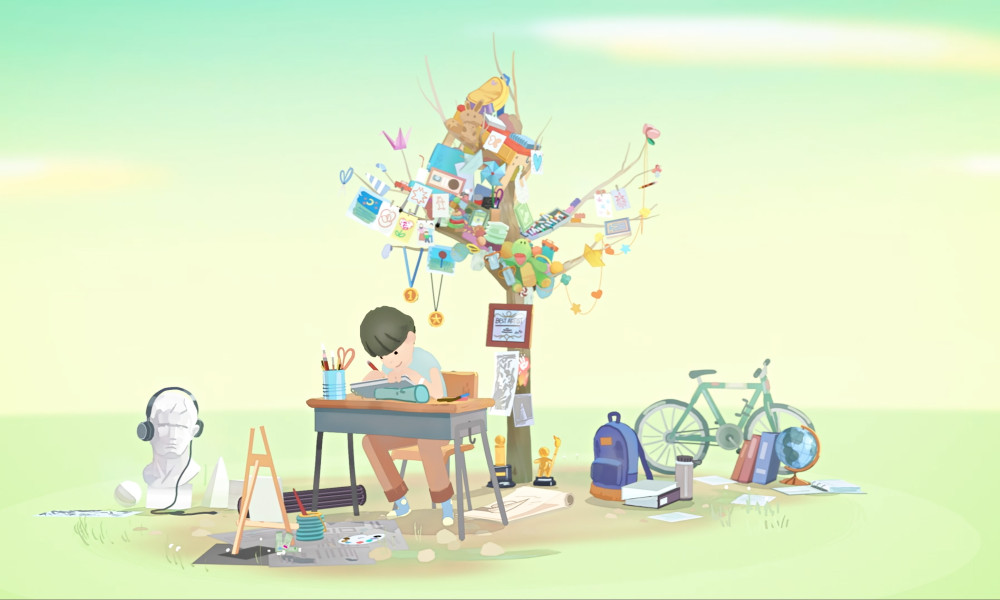 Namoo (Korean for “Tree”) is a narrative poem inspired by the life of Oh’s grandfather. Following the key moments of one man’s life, the tree starts as a seed and eventually grows into a fully mature tree, collecting meaningful objects that represent positive and painful memories in its branches. The visually rich film, Oh’s most personal to date, was created with real-time VR animation tool Quill.

CTN attendees can learn more and experience the film and the standout studio behind it through multiple events at the Burbank Airport Marriott Hotel & Convention Center this week:

MASTER MEETUPS: Meet the Founders of Baobab Studios and the Creative Team behind Namoo — Join Baobab Studios founders Eric Darnell, Maureen Fan and Larry Cutler as they talk about the creation of their studio and early days of VR and immersive storytelling vis-a-vis their journey creating multiple Emmy Award-winning projects, from Invasion! to Baba Yaga. They will chat with attendees and answer any questions about their studio, projects and state of the industry. They will then be followed by Namoo writer/director Erick Oh and several key artists and creative leads from this latest Baobab production, as they talk about the making of this hand-crafted narrative poem as they greet attendees and answer questions in a conversational and more casual setting.

SPECIAL SCREENING: Baobab Studios Presents Namoo — Baobab Studios presents a special screening, Q&A and reception to celebrate their latest animated short, Namoo, directed by Oscar-nominated filmmaker, Erick Oh (Opera). A hand-crafted, narrative poem come to life, Namoo was inspired by the passing of Erick’s grandfather. Namoo — which translates to “tree” in Korean — marks Oh’s most personal work to date. The film follows the beautiful and heartbreaking moments of a man’s life, from beginning to end. Q&A to follow the screening with director Erick Oh, producer Kane Lee (Baobab’s Head of Content)and production manager Anika Nagpal, and a reception in the Courtyard.

PRESENTATION: From Pixar to Namoo – Erick Oh’s Creative Journey from Studio to Indie Baobab Studios — Oscar-nominated filmmaker Erick Oh will chronicle his creative journey from his early days as an animator at Pixar working on such memorable films as Monsters University, Inside Out and Finding Dory through his indie years working on the award-winning animated short The Dam Keeper and subsequent series PIG: The Dam Keeper Poems, ultimately leading up to his Oscar-nominated animated short, Opera. He will then speak in depth about the creation of his latest collaboration with Baobab Studios, Namoo.