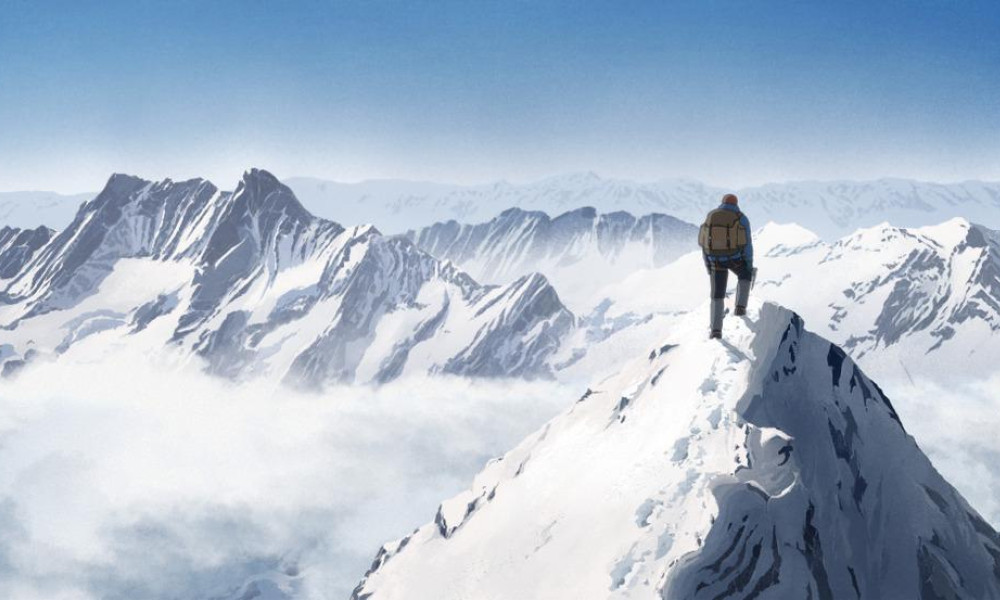 Netflix has unpacked the official trailer and key art for The Summit of the Gods, the critically acclaimed 2D animated feature from César Award-winning filmmaker Patrick Imbert (The Big Bad Fox and Other Tales). This Cannes Official Selection mountaineering tale arrives in select cinemas nationwide and streaming on Netflix on November 30.

A breathtaking adaptation of the manga series by renowned manga artist Jirô Taniguchi and writer Baku Yumemakura, The Summit of the Gods follows a young Japanese photojournalist, Fukamachi, who finds a camera that could change the history of mountaineering. It leads him to the mysterious Habu, an outcast climber believed missing for years. Fukamachi enters a world of obsessive mountaineers hungry for impossible conquests on a journey that leads him, step by step, towards the summit of the gods.

The Summit of the Gods is directed and co-written by Imbert, co-written and produced by Jean-Charles Ostoréro. César Award-winning composer Amine Bouhafa (Timbuktu) created the score. The 94-minute film is produced by Didier Brunner and Damien Brunner for Folivari (France), Stéphan Roelants for Mélusine Productions (Luxembourg); Julianne Films is also a producer.

The film is slated to screen as the Opening Night film of the Animation Is Film festival in Los Angeles Friday, Oct. 22.

Read more about The Summit of the Gods in the December ’21 issue of Animation Magazine, available soon.