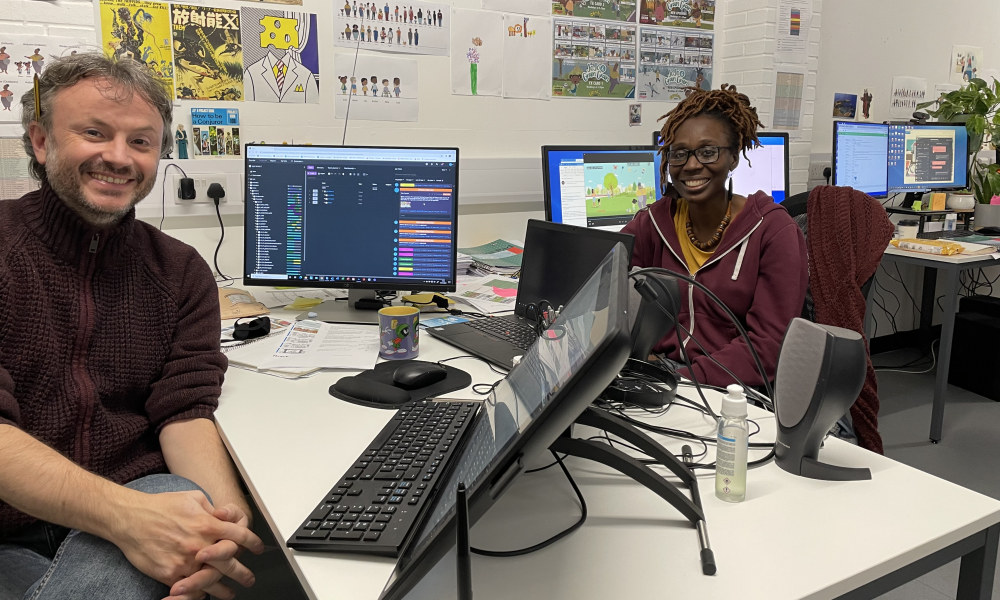 Independent U.K. animation producer A Productions has taken on an additional studio on the fourth floor of 15 Colston Street in Bristol to provide space for their growing workforce to expand. An internationally recognized, creative-led, multi-discipline studio with a strong track record of producing award-winning children’s content for broadcast and streaming, A Productions currently employs a 150-strong team.

“We are thrilled to have expanded into a second studio in Bristol, a city renowned as a hotbed of production for TV and film, as well as being home to an incredible wider creative community. This expansion will support our hugely talented and growing team, our strong pipeline of productions and allow us to invest further in new projects in development,” said Katherine McQueen, Managing Director.

The studio’s growing roster of productions entrusts the company with some of the world’s most iconic characters. Notable projects include JoJo & Gran Gran for CBeebies, the first U.K. preschool animation to center on a Black British family; Love Monster for CBeebies; The Tweenies for CBeebies; and The Monster at the End of This Story, Sesame Street’s first ever animated special for HBO Max.

The new studio is being used to produce animations for HBO Max, while A Productions’ existing studio in Bristol’s Old Market quarter is home to the CBeebies productions.

“At A Productions, we pride ourselves in our creativity, the versatility of our design capabilities and content and our expertise in integrating animation with live action. It’s also hugely important to us that diversity and inclusion are at the heart of our ethos and approach,” McQueen added. “We are very proud to have picked up a win and nomination in the RTS West of England Awards recently. Both shows were produced during the upheaval of lockdown, and we owe huge thanks to our staff and creative teams who adapted to working from home and continued to deliver content to such a fantastic standard.”

A Productions is also part of the team that picked up two Daytime Emmy Award nominations this year, as well as scooping an accolade at the Broadcast Awards together with BBC Children’s In-House Productions.

Established in 1985, A Productions is headed up by joint managing directors McQueen and BAFTA nominee Mark Taylor, who founded the company. The studio has worked with many leading U.K. and U.S. broadcasters and streamers — one of the few U.K. animation production companies to produce content for the U.S.

The studio, which offers bespoke training supporting people into the industry through non-traditional routes, specialises in traditional and digital 2D stop frame, CGI, AFX, Flash and live action, both in studio and on location. The team works on a full slate that ranges from short films to series production to interstitials and idents, as well as new projects in development.