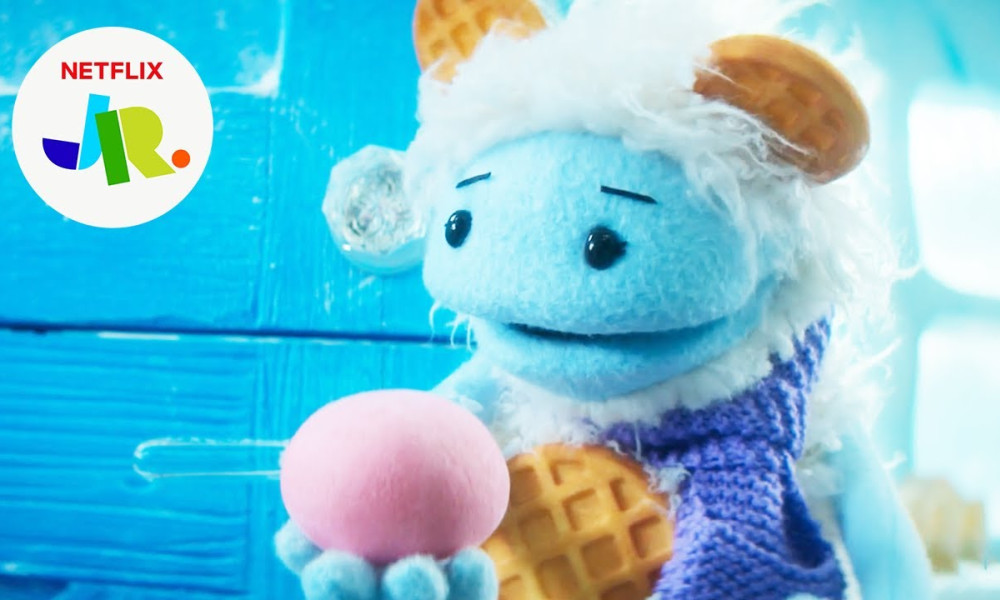 Netflix has defrosted a first-look clip for the upcoming seasonal special, Waffles + Mochi’s Holiday Feast. The clip introduces viewers to the food-centric “Freezie Day” and puts our puppet heros in a pickle when they receive some hungry holiday guests. The 25-minute special premieres November 23.

Waffles and Mochi are home for the holidays in the Land of Frozen Food when Steve the Mop calls asking about their holiday traditions. Overeager as always, Waffles makes up a holiday, Freezie Day, and says it is all about the food! Steve invites himself (and all their friends from the grocery store) over to celebrate, but Waffles and Mochi have nothing to feed their guests at this impromptu party. Mochi ventures out on MagiCart to gather food for the party while Waffles distracts the guests at home. Hijinks ensue, along with trips to Norway and Hawaii! In the end, Waffles and Mochi learn that holiday traditions are about much more than food — they’re about being together and making memories with the people you love.

Erika Thormahlen and Jeremy Konner are showrunners and exec producers on the show; Tonia Davis is also an executive producer. Waffles + Mochi is a live-action puppet series augment by animation from Six Point Harness.