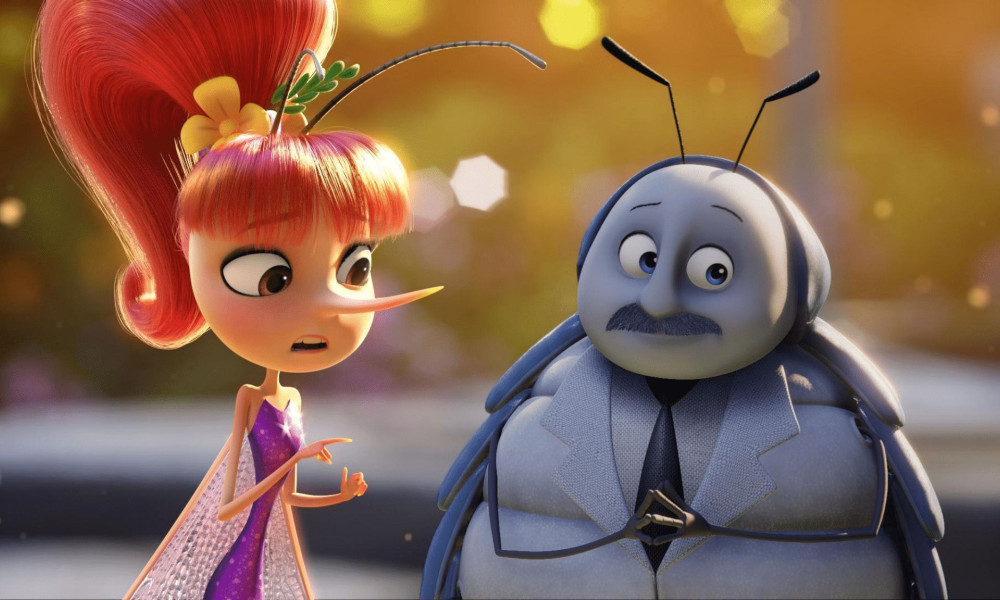 Bug Therapy, the new comedy feature from 88 Pictures and Citronella Stories, powered by Epic MegaGrants, will make its world premiere at the Austin Film Festival in Texas this month. The flick debuts Sunday, October 24 at 4:30 p.m. with an encore  Oct. 25 at 8 p.m., both to be followed by cast & crew Q&A. Directed by Jason Reisig (Smallfoot) and written by Emmy-nominated Tonight Show writer Michael Jann and Michele Jourdan, this lighthearted look at mental health features the voices of Dr. Phil, Meghan Trainor, Jay Leno, Sterling K. Brown, Tom Green, Emily Goglia and Reisig. Read more about the CGI feature film here.

Animation Is Film (AIF) announced the jury members and special events happening at the 4th annual edition (October 22-24), alongside the extremely popular Annecy International and Women In Animation curated program. Additionally, LAIKA, will host a showcase of all five of award-winning animation studio feature films presented in a curated display in the TCL lobby, characters include: Coraline, ParaNorman, The Boxtrolls, Kubo and the Two Strings and Missing Link. The Festival takes place in-person and returns to its home at the TCL Chinese 6 Theatres in Hollywood.

The Czech Centre announced the 25th Made in Prague Festival (Nov. 7-Dec. 10; London, U.K.) will present a screening of animated feature My Sunny Maad, to be attended by Oscar-nominated filmmaker Michaela Pavlátová. Based on the novel Freshta by Petra Procházková, the film focuses on a Czech student who falls in love with an Afghan man, and moves to Kabul to live with his extended and welcoming family. My Sunny Maad will play as part of the “Contemporary Czech Cinema” program at The Gate, Notting Hill. (Want to learn more about the movie? Don’t miss the December issue of Animation Magazine, available soon.)

imagineNATIVE Film + Media Arts Festival, the world’s largest presenter of Indigenous screen content, delivers in-person and virtual events from Toronto October 19-14. Among the selection of over 145 works from artists representing 51 Indigenous nations and 26 Indigenous languages are a good number of high profile animated shorts screening in various programs: Ajjigiingiluktaaqtugut (We Are All Different) by Lindsay McIntyre, Angakusajaujuq – The Shaman’s Apprentice by Zacharias Kunuk, Maple Sugar Moon by Jay Havens and Spy Dénommé-Welch, Meneath: The Hidden Island of Ethics by Terril Calder, Nuevo Rico by Kristian Mercado, Premonition: on the eve of signing Treaty 6 by Barry Bilinksy, The Train Station by Lyana Patrick, Tussle by Christopher Grant and Will Flowers? by Kay Chan.

The Italian TV Festival (ITTV), returns to Los Angeles October 30-November 2, kicking off with a family friendly, free opening night premiere event at Little Italy in San Pedro. The public screening event features a theme named, “The Young TV”, in conjunction with this year’s Festival focus on writing for TV series, animation and LBE. The opening night, in collaboration with the Consulate General of Italy in Los Angeles, ENIT, Italian National Tourist Board and Little Italy of Los Angeles Association. is dedicated to animated short films and television series for children and families:

Open the Portal is hosting the world premiere of its first original pilot, Psycho Psalms, on Saturday, October 23 at Cinelounge Outdoor Theater in Los Angeles. The event is hosted by Mauricio Alvarado and Jerry Beck, and will include a Q&A/meet and greet with the all-star animators who worked on the project — including veterans of The Nightmare Before Christmas, Gumby and Coraline — plus adult beverages, food truck grub, gourmet popcorn, merch from RockinPins.com and original artwork by the pilot artists. The premiere is being held in conjunction with the retro spooky toons screening Betty Boop’s Halloween Party.

In 2022, FMX – Film & Media Exchange will return to its home base in Stuttgart, Germany after having been hosted online in 2021. From May 3-5, FMX will open its doors with a first-class program on site at Haus der Wirtschaft in Stuttgart. On May 6, FMX will shift to virtual mode, offering an exclusive online program that will be available worldwide. The conference will be inspired by the central theme Changing the Game, with director and producer Hasraf ‘HaZ’ Dulull (The Beyond, 2036 Origin Unknown, Fast Layne) joining FMX as its first ever Program Chair.