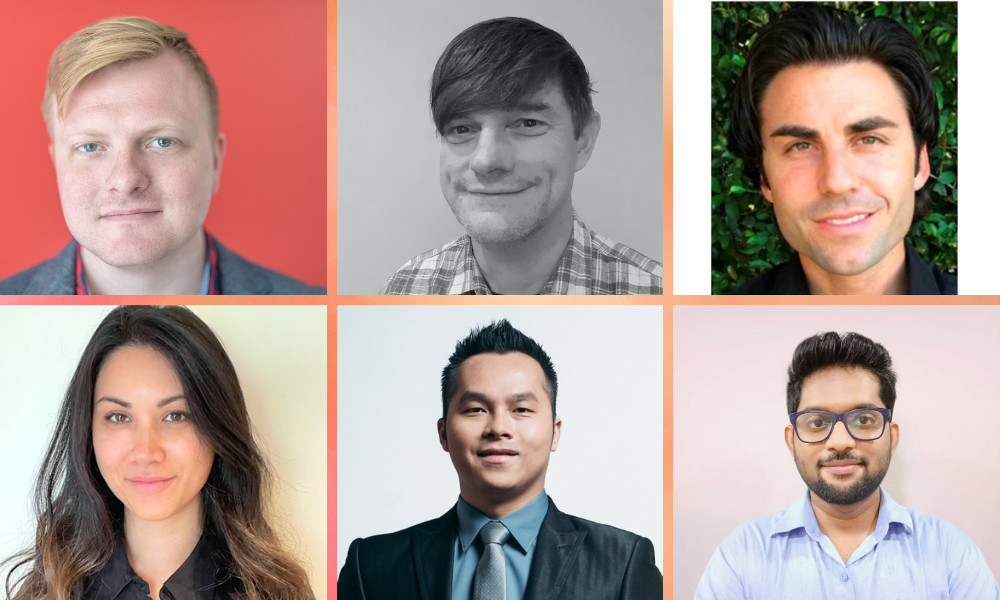 People on the Move: New Appointments at Grom, Hero4Hire, One Animation & Three Arrows

Emmy-nominated studio Hero4Hire Creative (hero4hirecreative.com) has tapped Jordan Beck as Head of Development. The film and animation maven will oversee the launch of original IP and creative projects from the Massachusetts-based shop. An award-winning filmmaker, performer, and creative executive with 15 years in the entertainment industry, Beck applies his lauded production and start-up business development experience to the role, serving his mission to support visionary creators and tell compelling stories for kids.

Beck produced, co-directed and co-starred in the 2018 animated feature film Sgt. Stubby, while also serving as a start-up executive for the film’s distributor, Fun Academy (France/Ireland). The film was released wide theatrically across North America, picked up over 40 international festival honors and awards including the Parents’ Choice Gold Award, and was acquired by Paramount Pictures for home media and HBO Max for first-run SVOD. Prior to joining Hero4Hire, Beck was Chief Operation Officer for Fun Academy. Raised in south Georgia, he began his creative career as a graphic designer and musician before being named the entertainment & creative director for the National Infantry Museum & Soldier Center near Ft. Benning, GA.

Head of Animation at Flix Facilities for the last 16 years, Partington has worked most recently on World According to Grandpa and Dog Loves Books, and across numerous BAFTA-nominated and winning productions including Poppies and Old Jack’s Boat. In his new role at Three Arrows Media, he will series produce and advise on a range of titles for the company as it seeks to develop animation and mixed media projects — alongside live action titles — for the international market.

Award-winning content creation, distribution and licensing studio One Animation (www.oneanimation.com) is expanding its digital team with the appointment of two new executives to newly created roles: Kelly Joeman will join as Senior Manager, Audience Development and Tuan Nguyen has been tapped as E-Commerce Manager both based in One Animation’s Singapore office. Joeman will be supported by Glen Chittur, Manager, Audience Development, who brings audience development experience from HooplaKidz MCN, BBTV Professional Services, YoBoHo and BabyFirst TV Network.

Joeman joins One Animation from eOne/Hasbro where she held the position of Channel Manager and contributed to the success of brands including Peppa Pig, PJ Masks, Transformers and Play-Doh, generating 15 billion total views and 40 million subscribers across the channels she managed. As Senior Manager, Audience Development, she will be responsible for amplifying One Animation’s digital presence, as well as driving the success of the company’s YouTube network of 20 kids-targeted channels across its key brands, such as Oddbods, Antiks, Insectibles and Rob the Robot. Joeman was previously at YouTube agency Diagonal View where she built channels for clients across the U.S., France and Singapore, including One Animation’s Oddbods channel. Joeman will report into Michele Schofield, SVP, Content Distribution.

Nguyen is responsible for leading One Animation’s direct-to-consumer e-commerce business. He reports into One Animation’s VP of Digital and e-Commerce, Amir Biran. Nguyen brings almost a decade of experience working in the online sphere and a specialism in e-commerce, having most recently served Manager and EU Expansion Project Management at Amazon. Prior to Amazon, Nguyen was the Merchandising Manager at Lotte e-commerce.