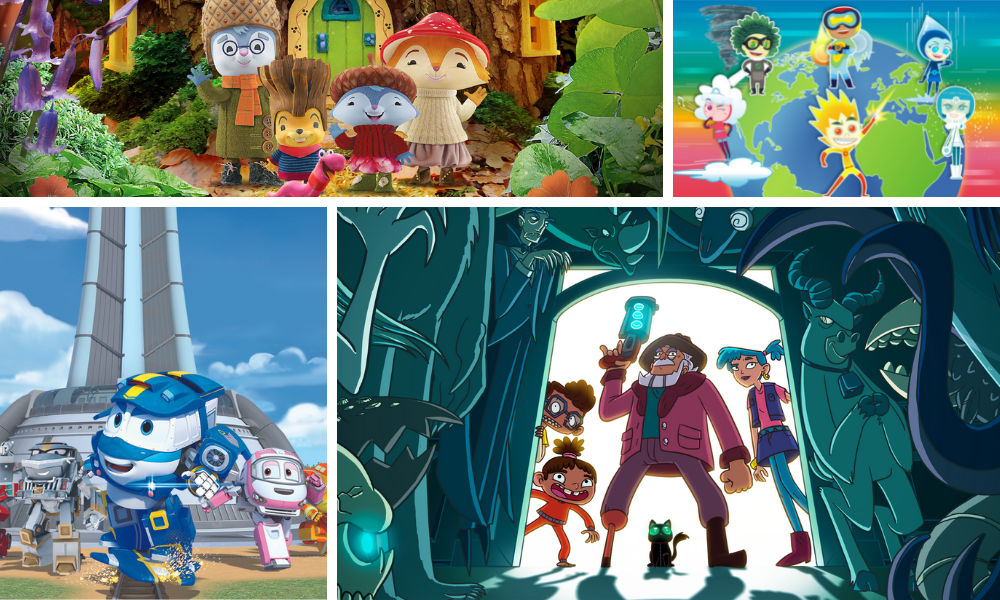 Mondo TV is returning to MIPCOM with new and expanding titles. “Despite the difficulties of the past 18 months, we have successfully developed, produced and brought to multiple platforms many new, innovative and relevant shows for the demanding kids’ market,” said CEO Matteo Corradi. “All these shows are funny, involving and highly original and, at a tough time for everyone, will bring joy and excitement to kids – and to the broadcast market. We can’t wait to tell friends and colleagues about our work in person as we return to MIPCOM, at last!” (www.mondotvgroup.com)

FuturumKids is sending a crack team to MIPCOM with the aim of building broadcast alliances for Paddles, the new 52 x 11′ CGI series for kids 4-7. Monster Entertainment was appointed earlier this year to handle global TV sales, excluding Korea, where the show is managed by Neon. The series, about a polar bear cub who is accidentally dropped into the frozen River Shannon and by the Stork and raised by a pack of Irish wolfhounds, premiered this week on Cartoonito (U.K.) and will soon debut on RTE (Ireland). FuturumKids will also be highlighting recent distribution and broadcasting agreements, the ongoing Paddles licensing and merchandising campaign, and plans for new projects. (futurumkids.com)

Jetpack Distribution acquired worldwide rights to cartoon spoof animal documentary Critters TV, from Dublin-based Turnip & Duck. The 26 x 11′, 2D Flash/live-action hybrid series for kids 4-8 was funded by Screen Ireland, RTÉjr, and the Broadcasting Authority of Ireland with the support of incentives for the Irish Film Industry provided by the Government of Ireland. The sketch-style series gives audiences an animal’s-eye view on nature docs as different animal families gather round the TV, offering humorous observations and amazing facts about the natural world. (www.jetpackdistribution.tv)

Rainbow celebrated the debut of new series Pinocchio and Friends at the 78th Venice Biennale with a red carpet appearance for the popular puppet, alongside series creator Iginio Straffi. The show brings Carlo Collodi’s classic story into the modern world as an animated action comedy as Pinocchio and his friends Freeda and Talking Cricket embark on original, surprising adventures starring lots of new characters. Pinocchio and Friends premieres November 29 on Rai Yoyo (Italy). (www.rbw.it)