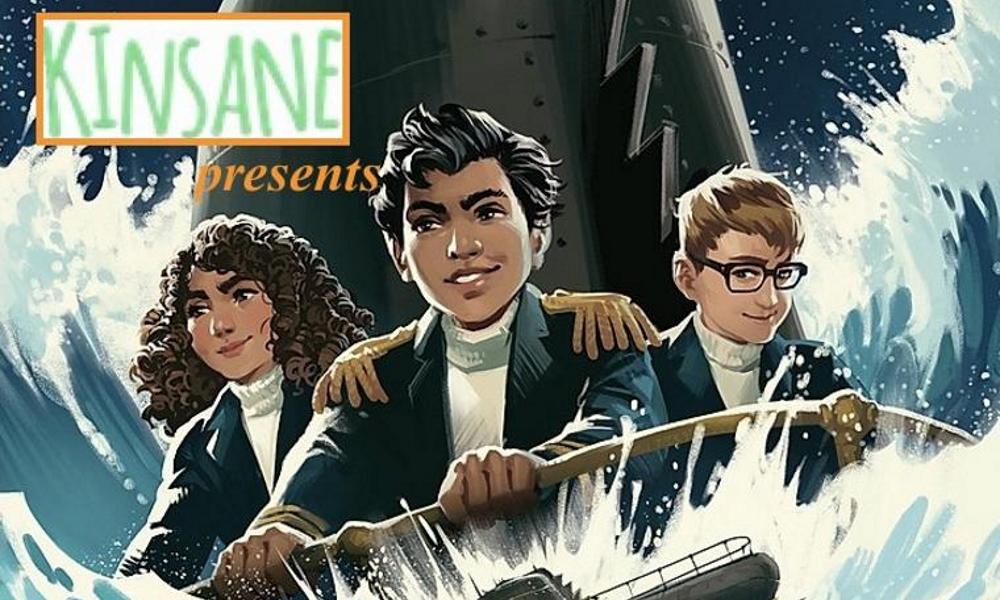 Debuting to critical and commercial acclaim in 2019, the Nemo trilogy is published by Macmillan’s Feiwel & Friends imprint.

Young Captain Nemo tracks the tale of 12-year-old submariner wunderkind Gabriel Nemo. Gabriel is a present-day descendant of iconic antihero Captain Nemo (a.k.a. Hindu Prince Dakkar) — helmer of the submersible Nautilus — from French novelist Jules Verne’s classics 20,000 Leagues Under the Sea and The Mysterious Island. Equipped with his wits, his tricked-out Nemotech vessel, and paired with his two best mates, Gabriel endeavors to make the ocean a safer place. Besides nature’s wrath, Gabriel faces conflict in the form of his ecological extremist older sister. Unlike her, Gabriel aspires to use his legacy for aboveboard causes, as opposed to random vigilante justice.

Creative development on Nemo for multiple platforms will be led by Saahil Bhargava, co-founder of Kinsane Ent. (with Kurt Inderbtizin and Indrani Pillai).

“Kinsane’s acquisition of Nemorepresents our commitment to premium kids’ and family-friendly brands,” said Inderbitzin, KInsane Co-founder & CEO. “This partnership will enable us to expand our portfolio into different genres, such as steampunk, conservation, and coming-of-age, thereby appealing to new audience segments via unique storytelling. We love books and are honored to bring this evergreen mythology to life.”

Representing Macmillan’s Feiwel & Friends subsidiary, Senior Editor Holly West said, “I’ve loved working on the Young Captain Nemo trilogy with Jason. These books are smart, fun, and full of adventure while also having a solid core of friendship and family.”

“I’m excited, but I’m more than excited, I am so jazzed,” author Henderson enthused. “Young Captain Nemo is an ocean escapade at a time when we need to respect our oceans desperately. Ever since I was a kid and read my first young reader’s edition of 20,000 Leagues Under the Sea, I have been entranced by the vision of Captain Nemo and his family. Through the course of the story, we see naval ships, submarines, shipwrecks, volcanoes on the seafloor, giant sea monsters, people diving and running around in the rain on top of surfaced subs. This stuff makes me feel alive! I’m thrilled to share this vision with Kinsane, who do such amazing things the world over. I can’t wait to see what happens next!”

Established in early 2018, Kinsane Entertainment, Inc. is an international, digital content corporation focused on two- to 15-year-olds and families. Since its inception, the company has launched two popular universes: Kintoons is a preschool property that has over 50 million views and 150,000 subscribers of its videos across VOD platforms, such as YouTube and ROKU (with over 1 million downloads of its games across app stores), plus Trinity Broadcasting subscription service Yippee. And cartoon comedy Otto in the Middle, initially launched as mobile games, has 1.2 million downloads across app stores. The animated series was showcased at Asia TV Forum 2018 Singapore as part of the ‘Fresh Content from India’ panel.

Kinsane plans to launch additional animated series, such as Eru and the Ghost Kingdom and Bookended, along with a plethora of delightful and cutting-edge games built around each of these ecosystems. For more information, see www.kinsane.com.