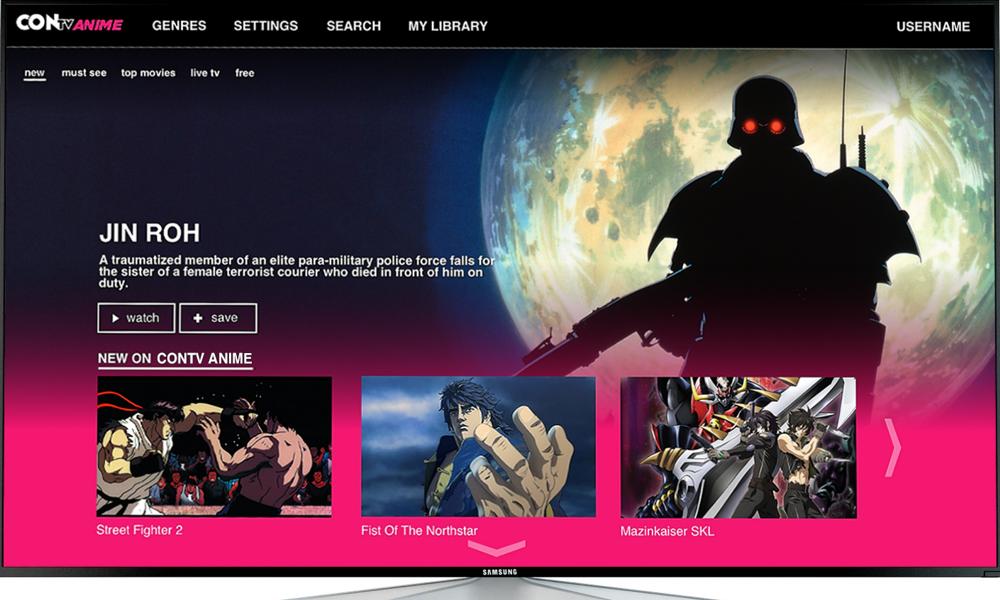 The new linear channel begins streaming today across CONtv’s widespread footprint of more than 120 million connected devices and platforms including Roku, Amazon Fire, Apple TV, iOS Android, Vizio and many more. The channel will be available embedded into additional platforms and Smart TV brands across North America over the coming quarter.

Additionally, Cinedigm will rebrand and transition the programming of Viewster, the global ad-supported streaming service Cinedigm acquired in 2019, into CONtv Anime in the coming weeks, providing an additional footprint of more than 175M connected televisions and devices globally, including major brands such as Philips, TCL, Vizio, LG, Sharp, Magnavox, Sony, Hisense and Vestel, among others.

Following the launch and transition, CONtv Anime will be available on the majority of major devices and television brands worldwide, reaching approximately 295 million devices globally.

“According to the Society for the Promotion of Japanese Animation, the global market for anime exceeds more than $19 billion dollars annually, and as evidenced by the popularity of the genre on top SVOD platforms like Netflix and HBO Max, anime has gone mainstream,” said Erick Opeka, President of Cinedigm Networks. “Our goal is to provide consumers an amazing, fan-curated channel, 100% for free, deeply embedded into their favorite devices around the globe.”

“As consumption of free, ad-supported content continues to skyrocket, Cinedigm is well positioned to meet the demand by drawing on our library of more than 30,000 films and episodes,” said Tony Huidor, General Manager of Cinedigm Networks. “With that in mind, we seek to dramatically grow our portfolio of networks over the next 18 months all focused on specific demographics and interests. We want to fully meet the needs of consumers while delivering great results to our advertising partners.”

The launch is the latest expansion of Cinedigm’s burgeoning global fandom brand, CONtv, the premiere digital entertainment network showcasing the best in genre and fandom movies and television series. Over the last year, CONtv has also become one of the largest digital comics destinations in the world with more than 10,000 titles, via direct relationships with most major independent comic book publishers, providing unprecedented access to a growing roster of premium comics and graphic novels such as The Boys, Transformers, Star Trek, Judge Dredd, Bloodshot, Bob’s Burgers and Vampirella, among thousands of others.