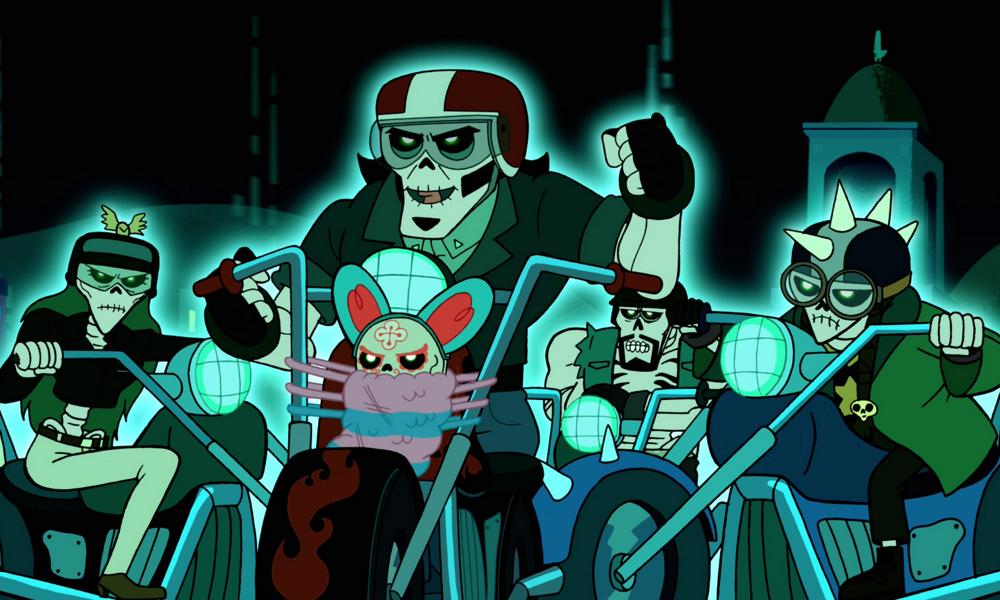 Grizzled action icon Danny Trejo is bringing his bad boy act to animation for a new episode of Victor and Valentino, premiering on Cartoon Network on Saturday, April 25 at 9:45 a.m. ET/PT. Titled “Lords of Ghost Town,” the episode is also available now on the CN App and VOD.

Trejo voices “Paco,” the leader of the Lords of Ghost Town motorcycle crew and an outlaw that lives by his own rules. As one of Monte Macabre’s only ghosts with the guts to stand up to flesh-bags, Victor and Valentino recruit Paco to scare away a bully, but end up messing with the realm of the dead to disastrous consequences.

Created by Diego Molano, Victor and Valentino is a supernatural adventure comedy that follows two half-brothers who spend a summer with their grandma in Monte Macabre, a small and mysterious town, where the myths and legends of Mesoamerican folklore come to life.

Season 2 premieres this Saturday, April 18 on Cartoon Network, with new episodes airing every Saturday at 9:30 a.m. ET/PT through June.