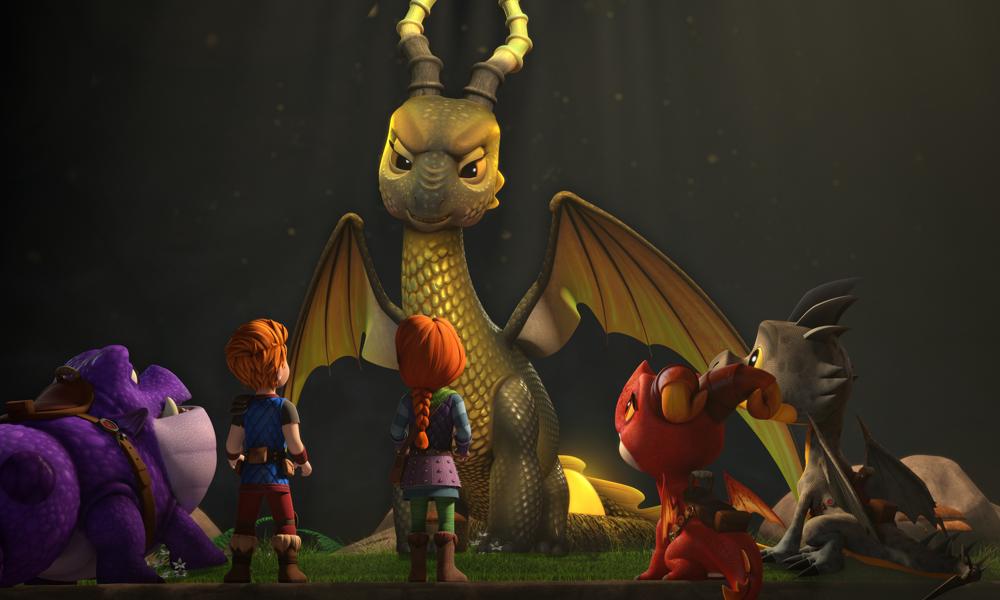 DreamWorks’ Rescue Riders Take Off in ‘Hunt for the Golden Dragon’

An exciting and scaly new 45-minute special is ready to take flight on Netflix this month, when DreamWorks Dragons Rescue Riders: Hunt for the Golden Dragon roars to streaming on March 27.

Dak, Leyla and the Rescue Riders crew brace for their newest adventure when greedy pirates get their hands on a map leading to a precious Golden Dragon’s nest. The young Rescue Riders must race against time to beat the pirates and save the dragon’s egg! Expanding the world of DreamWoks Dragons, the special is executive produced by Emmy Award winner Jack Thomas (Regular Show, DreamWorks Dragons: Race to the Edge) and co-executive produced by Brian Roberts (DreamWorks VeggieTales).