The dynamic relationship between design and technology continues to push creatives to new heights, with each element feeding off the other to present artists with new opportunities. The trend is especially noteworthy in digital animation, where content is perpetually disrupted by fresh minds and novel tools.

One shining example of this comes from two veterans of the animation and comics fields, Seth Zeichner and Pat Moriarity. The duo created the short film The Realm Beyond Reason that brings hand-drawn comic illustrations to life using Adobe Character Animator and Adobe After Effects, producing a distinctly unique vibe and aesthetic. 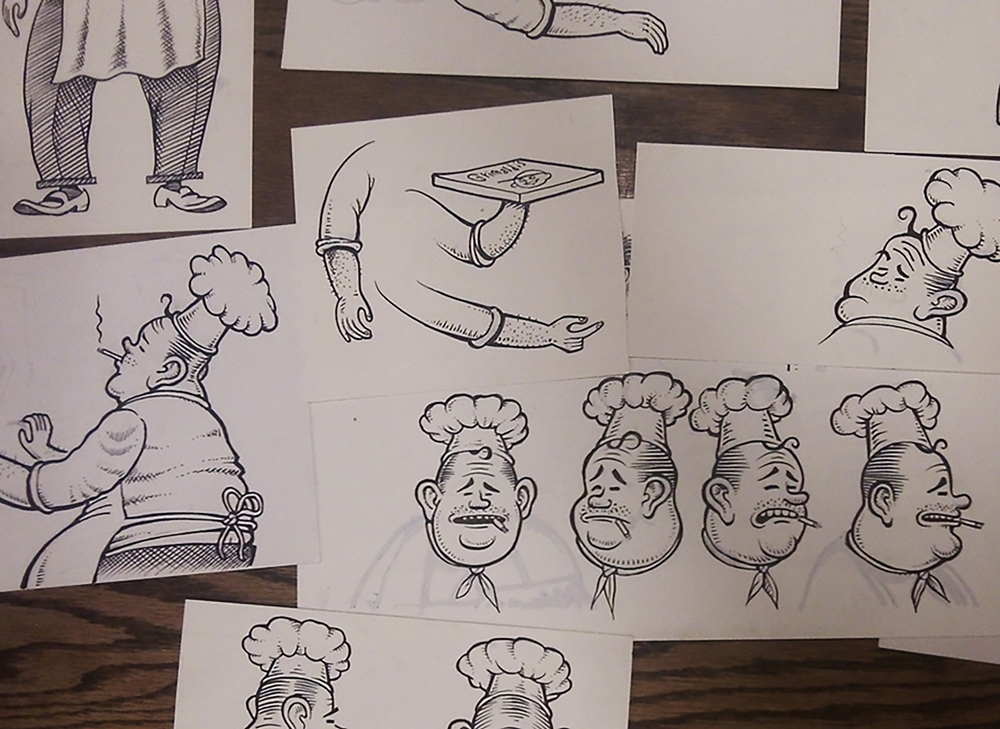 The Artists at Work

Pat, an award-winning designer, cartoonist, and illustrator has created hundreds of covers for music formats (CD, 45 record and LP) going back to the late 1980s for labels like Twin/Tone, Columbia, Subpop and more. In the 1990s, he was an art director for Seattle-based comic book publisher Fantagraphics Books, contributed to many well-known comics, and produced comics and illustrations for Nickelodeon, National Geographic Kids Magazine, and HIGHLIGHTS. In 2005, he created animation for the documentary Derailroaded.

He always maintained his stature in the underground comics scene as contributor and art director for Mineshaft magazine, and was eventually recruited to teach storyboarding at both the Seattle Art Institute and Seattle Film Institute. 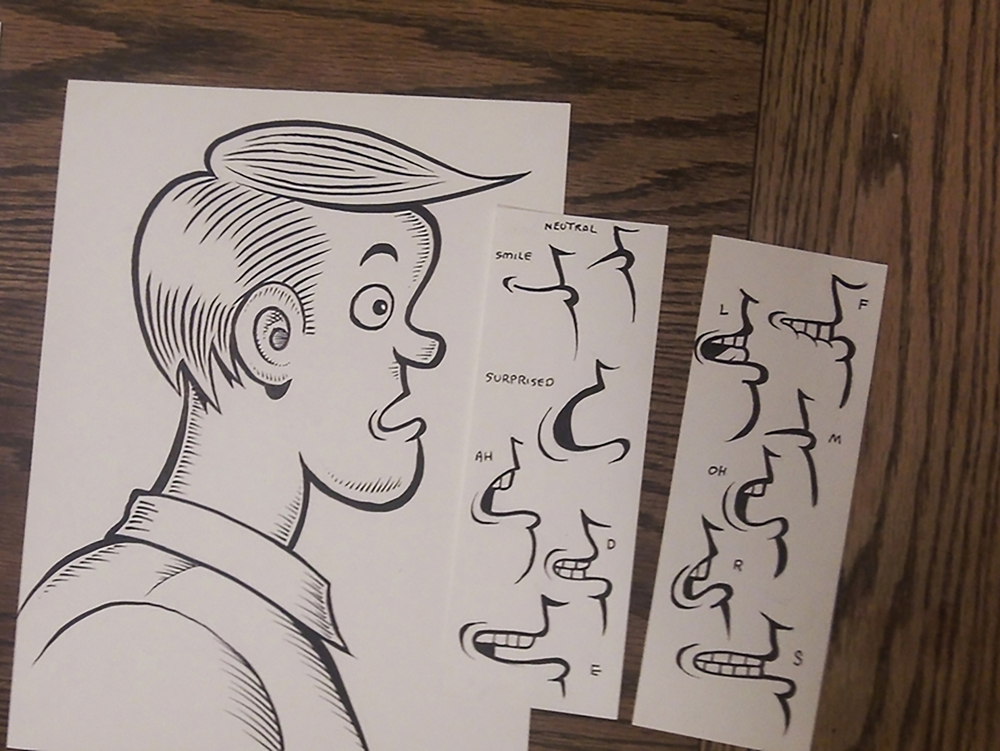 Seth aspired to be a cartoonist when he started his studies at the New York City School of Visual Arts but fell in love with animation while there. He went on to work for the popular Nickelodeon Kids television show Blue’s Clues, which was one of the first shows to use Adobe After Effects, giving him even steadier footing in his profession.

After years of working with a range of companies such as Nickelodeon and Microsoft, Seth too went on to teach at Seattle Art Institute, which is ultimately where he and Pat met. “One day I was talking to Seth about an animation project I was working on with a Dublin based comedy writer named Garret Shanley,” says Pat. “We needed an animator and after seeing my storyboards and artwork he said, ‘Let’s finish it’.”

Seth and Pat storyboarded with paper and pencil to plan out the short film. The dark comedy is cut from the same cloth as legendary classics like The Twilight Zone and Outer Limits—and is even in black and white—but comes with a few different spins, including the groundbreaking animation that begins with paper-and-pen illustrations.

“Because I’m a comic book artist and illustrator, I insisted on drawing everything on paper with nibs because I wanted the cartoon to look as much like a hand-drawn comic as possible,” says Pat. “There’s all kinds of crazy cross-hatching and stuff that you don’t typically see in animated cartoons.” 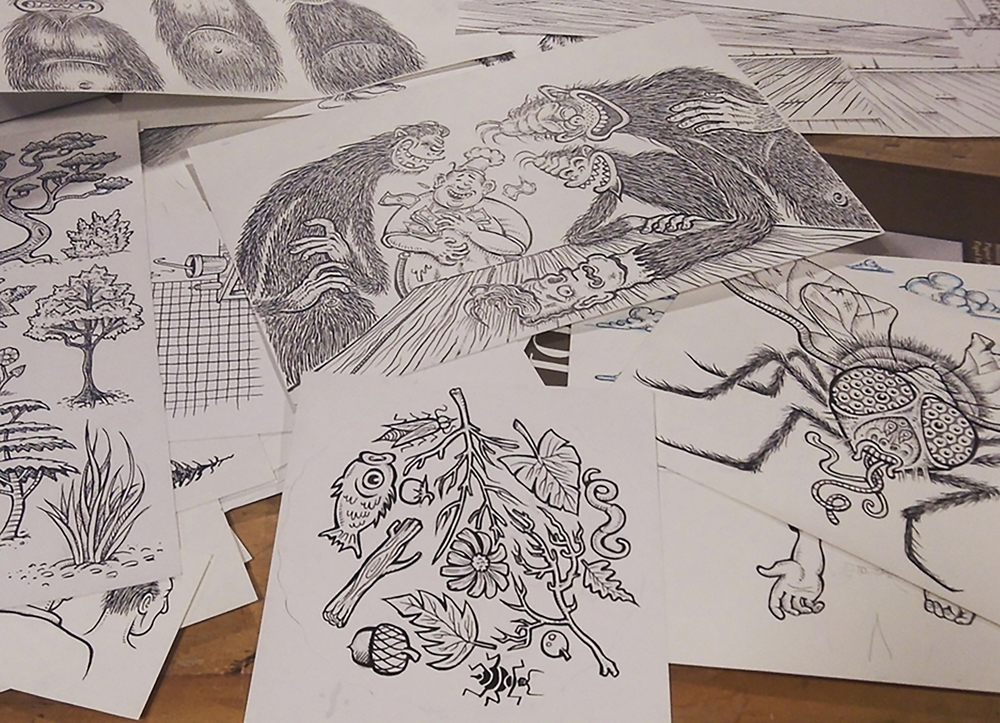 Although Pat still draws a few extra frames here and there, almost everything is completed in Adobe Character Animator. After scanning the drawing in, trigger workflows, automatic lip sync, motion tracking, and walk cycles put the scenes and characters in motion.

“In the pantheon of animation, we’d never see anything like this without Character Animator because artists had to create the styles for the animation so that you can make them over and over again,” says Seth. “With this technology, we’re able to try out some really interesting animations.”

Seth and Pat worked closely with the Adobe Character Animator team throughout the film production, which ultimately contributed to the product’s development along the way. “We’d show the Character Animator team a scene and say, ‘Here’s what we want to do,’ and they’d run with it,” says Seth. “Lots of really innovative tools within Character Animator have already come from this project. There really hasn’t been a film at any film festival made with this technology yet.” 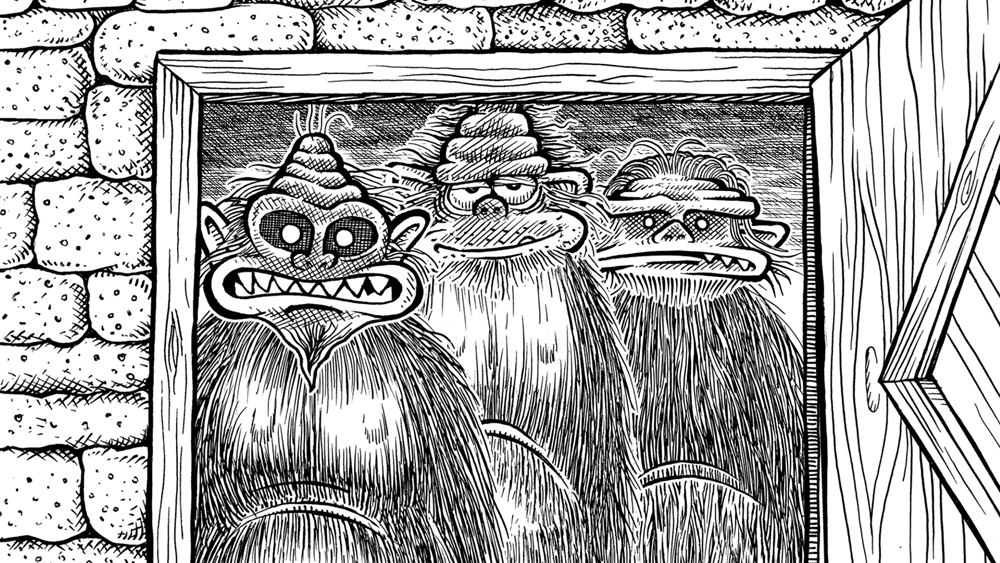 If you’re interested in creating your own animated moments, learn more about Adobe Character Animator here, available as a free trial within Adobe Creative Cloud. You can take your animation into After Effects or Premiere Pro for further refinement and incorporate into existing animation projects. Eager to get started with pre-existing puppets? Check out the Character Animator gallery here, filled with free-to-use characters.