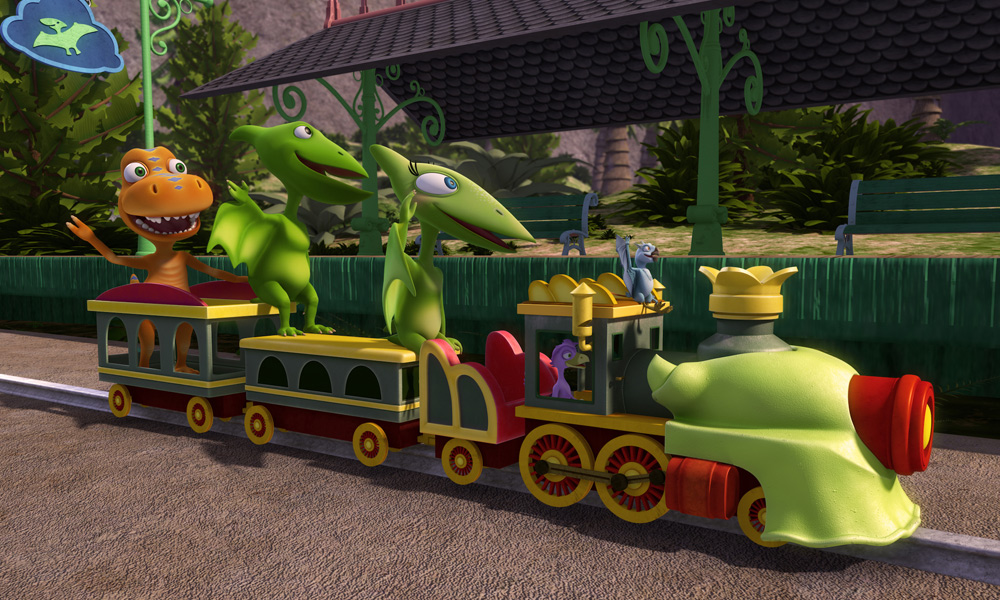 Season five (22 x 11’) of Dinosaur Train, scheduled to premiere in the U.S. on August 26 on PBS KIDS, will be available to children across Germany, Austria and Switzerland on Disney Channel, across the Middle East and North Africa on Discovery Channel, and throughout Serbia on Prava Serbia. The new deals follow the announcement earlier this year that Spain’s TV3 and Ireland’s TG4 also acquired the latest season.

Celebrating a momentous milestone of 100 half-hour episodes, season five of Dinosaur Train continues the exploration of natural science with Buddy the T-Rex and his adoptive family of Pteranodons. Together, they visit different climates, go underground, under the sea and even up in the air in their search for the new and unknown, making new dinosaur and even non-dinosaur friends along the way!

Dinosaur Train, created by Craig Bartlett (Hey Arnold!), is produced by The Jim Henson Company and co-produced with Singapore animation company Sparky Animation with the participation and assistance of the Singapore Media Development Authority. The series is executive produced by Bartlett as well as Lisa Henson and Halle Stanford for The Jim Henson Company. Corporate funding is provided by Kiddie Academy.

Prava Serbia has also acquired the rights to Word Party seasons one and two (40 x 11’). Created by Alex Rockwell (Pajanimals, Bear in the Big Blue House), Word Party is a preschool show that invites the youngest children to help take care of four adorable baby animals as they sing, dance and play their way through their daily routines, learning new and exciting words along the way!

Word Party, the Netflix original series, is produced using the groundbreaking Henson Digital Puppetry Studio, a proprietary CG-animation technology from Jim Henson’s Creature Shop that allows puppeteers to perform digitally animated characters in real time — enabling the animation to be more lifelike and spontaneous. The series is a production of The Jim Henson Company and is executive produced by Lisa Henson, Halle Stanford and Alex Rockwell.

“The Jim Henson Company continues to attract top-tier partners for its trusted brands that engage children across the globe,” commented Claudia Scott-Hansen, Senior Vice President, Global Distribution, The Jim Henson Company. “With our newest season of Dinosaur Train, kids (and parents, too!) can explore new time periods with Buddy and his family, from the Ice Age to the Cretaceous. And our youngest fans will have a blast dancing, playing, and engaging with the Word Party Babies.”