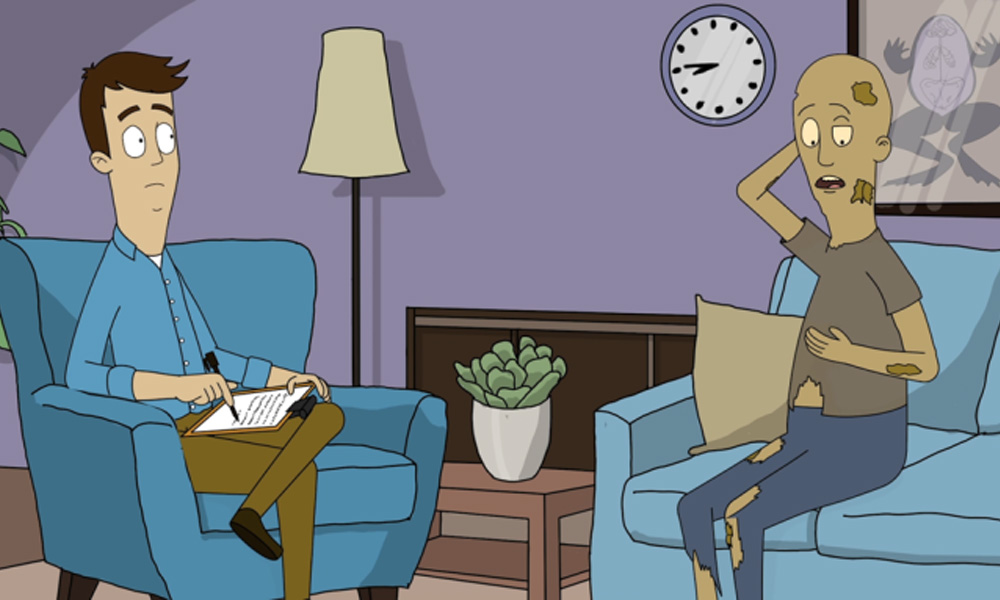 A new contender throws its hat in the animated content ring with the news that IMDb will be revealing its debut scripted series, You’re Not a Monster, at Comic-Con in San Diego this month. Appropriately for the movie database, the 2D show centers on classic movie monsters.

In each four- to five-minute episode will see therapist Max (voiced by Eric Stonestreet) counseling iconic big screen creatures through their emotional upheavals. Max is mentored by his great-great-grandfather, a former psychiatrist-turned-vampire who began the family practice, voiced by Frasier star Kelsey Grammer in a return to a headshrinker role.

The series is created and written by Emmy winner Frank Lesser (The Colbert Report), and Lily Stuart Streiff is the animation director. You’re Not a Monster is produced for IMDb by Bold Sous Studios, Grammnet and Ranker.

Ahead of the show’s premiere this fall on IMDb’s website, streaming channel and apps, Comic-Con attendees will have a chance to hear more about the project from the creators and cast members (including Grammer and Nancherla) during an exclusive interview with Kevin Smith on the IMDboat on July 20.