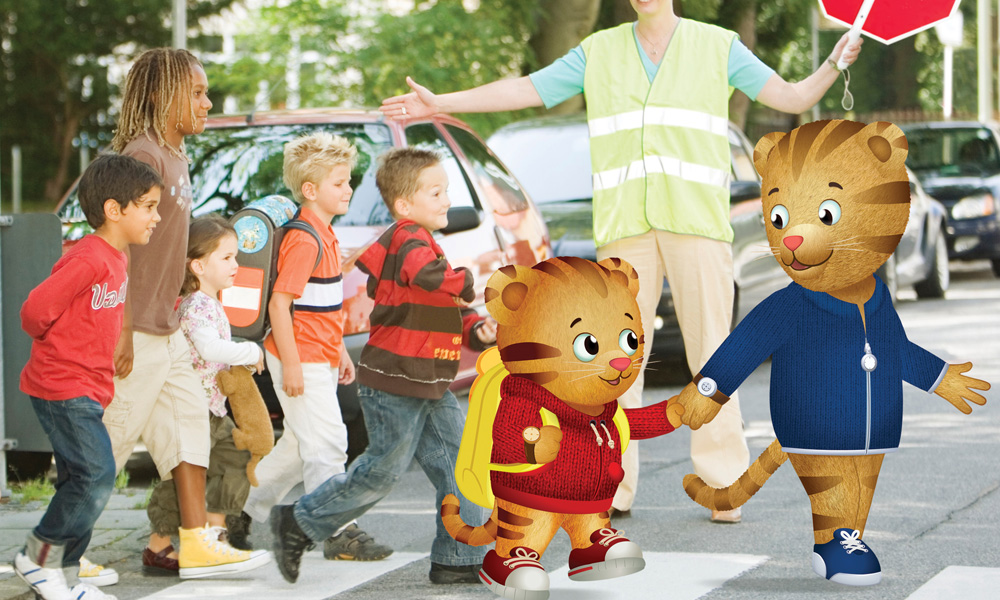 “Daniel Tiger’s Neighborhood continues to be a favorite with children and families in ‘neighborhoods’ around the world,” said Paul Siefken, President and CEO, Fred Rogers Productions. “We’re delighted to be working with licensing partners that are leaders in their respective categories to further expand the assortment of series-inspired products for young fans to engage with, learn from, and enjoy.”

Publishing remains a hot category for the brand. In addition to surpassing the 10 million mark for printed books based on the property, sales of Daniel Tiger’s Neighborhood books from Simon & Schuster rose 58% in 2018 over 2017 — the fifth consecutive year of growth.

Heading to retail this summer are: Helpers in Your Neighborhood, a deluxe storybook about Daniel leaving the Neighborhood of Make-Believe for the first time; Daniel’s Potty Time, Mama Travels for Work, Daniel Gets His Hair Cut and Daniel Goes to the Dentist (each offered as an 8×8 and a “tigertastic first with Daniel” book); and the board book Friends Ask First, about sharing.

Coming this fall from Simon & Schuster are Daniel’s Ugga Mugga box set, which includes stories about love; and Calm at the Restaurant, an 8×8 book with a tic-tac-toe game board and pieces.

And to celebrate the holiday season, Simon & Schuster will release a “super chubby” board book, A Very Merry Day in the Neighborhood, while Cottage Door Press will introduce a sound book, Snowflake Songs, and Topix Media Lab will release Let’s Play Together, a paperback featuring activities originally developed for Mister Rogers’ Neighborhood.

Also on the way to Target stores nationwide this fall are Daniel Tiger’s Neighborhood bandages from ASO. The new item will be available in Target’s Bullseye’s playground area. And on the way in 2020 to help spread holiday cheer will be a new line of Daniel Tiger Christmas ornaments and stockings from Kurt Adler.