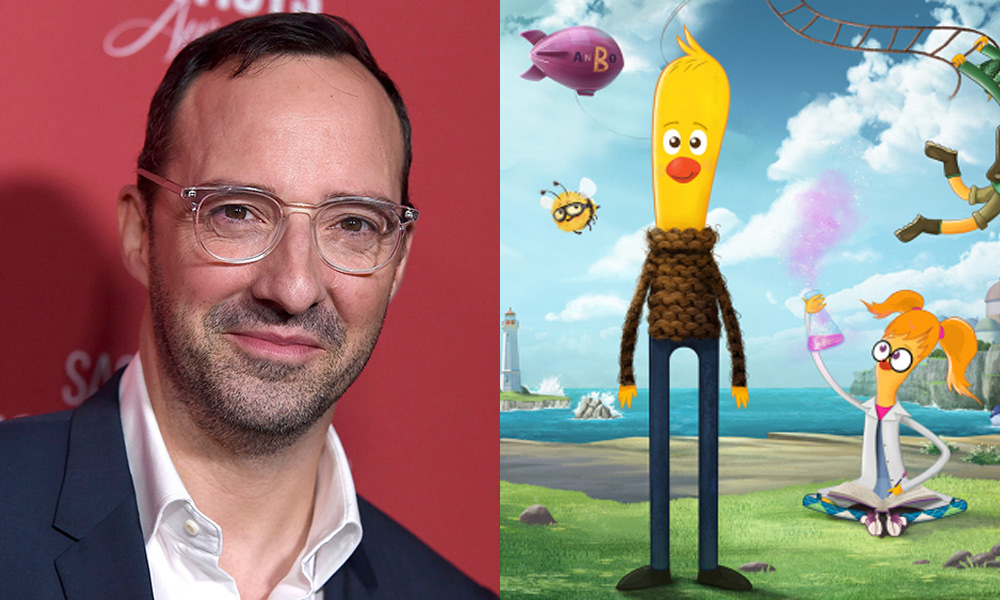 DreamWorks Animation has announced the cast of its Netflix original series Archibald’s Next Big Thing from the creative mind of Emmy Award-winner Tony Hale, slated to debut this year on Netflix.

Inspired by the critically acclaimed children’s book from Hale, Tony Biaggne and Victor Huckabee, Archibald’s Next Big Thing follows the adventures of Archibald Strutter, a simple chicken who “yes-ands” his way through life. Though living in the moment often leads him astray, Archibald always finds his way back home. It is a fresh comedy about one chicken’s joy for life and celebrating the journey, not just the destination.

The cast includes Tony Hale as “Archibald,” a cheerful and curious young chicken who embraces life to the fullest; Adam Pally (The Mindy Project) as “Sage,” Archibald’s older brother who adores the outdoors; Chelsea Kane (Baby Daddy) as Archibald’s sister “Loy,” a science whiz and master inventor; Jordan Fisher (To All the Boys I Loved Before 2) as “Finly,” Archibald’s singing, dancing and all-around-artistic brother; and Kari Wahlgren (Spirit Riding Free) as “Bea,” Archibald’s best pal and sidekick who speaks in a language only he can understand. Academy, BAFTA and Golden Globe-nominated Rosamund Pike (Gone Girl) rounds out the cast as the playfully sarcastic “Narrator.”