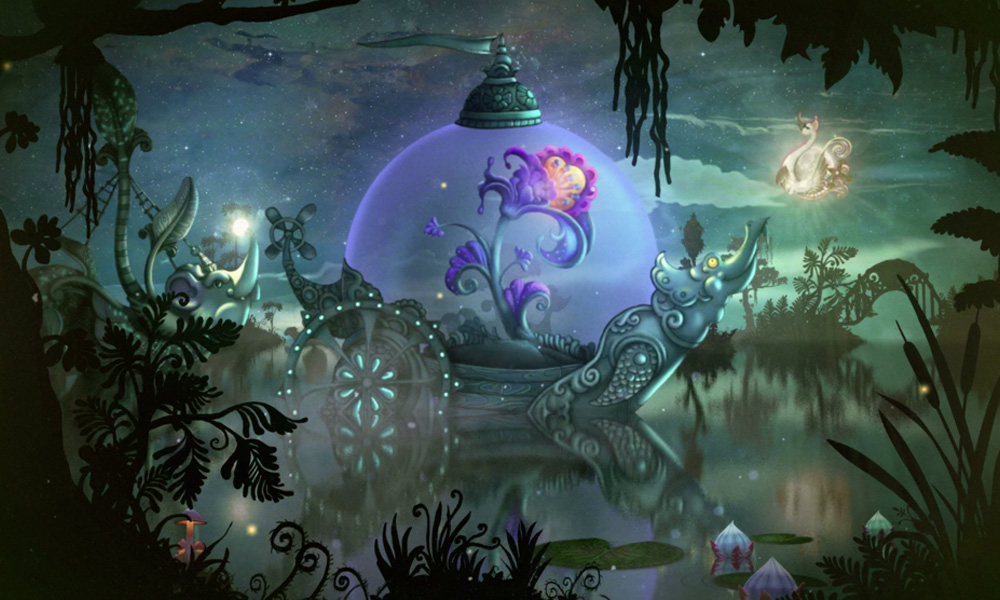 The 2019 Annecy animation festival was a milestone for immersive content from Africa, as the Kokstad, South Africa-raised sister and brother directing duo Ree and Rick Treweek became the first virtual reality creators from the continent to screen in competition with The Lost Botanist. The five-minute interactive adventure is a collaboration between Rick’s Johannesburg-based R&D house Eden Labs and Ree’s Cape Town-based creative studio, Tulips & Chimneys.

The project was one of just nine VR experiences from around the world selected from 90 submissions out of nearly 30 different countries. The Lost Botanist was up against buzz-generating projects such as Gymnasia, from the Emmy-winning Felix & Paul Studios; Doctor Who: The Runaway, voiced by Jodi Whittaker; Wolves in the Wall, Chapter 2, It’s All Over, based on the Neil Gaiman book; and Gloomy Eyes, narrated by Colin Farrell, which took home the Cristal.

Ree was one of two female directors in the VR category at Annecy. The Lost Botanist is her second film in competition at Annecy, 12 years after The Blackheart Gang’s The Tale of How kick-started her career by winning a Special Distinction Cristal in 2007.

In the new piece, the viewer is The Lost Botanist, misplaced in a world that’s forgotten all about nature. While researching the lost marvels of the natural world, you open a grimoire that transports you to The Under-Garden, the dream-like home of the spirits of all forgotten things. In each of the wondrous places you’ll visit, you must find a mythical creature to guide you further into the unknown, from The Nethermere to The Amber Vale to The Nevermist…

“I’ve always wanted to create a world that people could step into, a visual world people could be immersed in and lost in, so for me The Lost Botanist is an absolute dream come true,” says Ree, who is Africa’s most-awarded animation director, achieving recognition from the Clios, Clermont-Ferrand, D&AD, Mobius, The London International Awards, New York Festival, the Loeries and the South African Film and Television Awards, among others. She’s also one of Africa’s most watched animation directors: Amumu: The Curse of the Sad Mummy, her League of Legends short film for Riot Games, has over 18 million YouTube views.

On the technical side, Rick says The Lost Botanist stands out from most other VR experiences for three main reasons: its counterintuitive use of 2D animation in a 360 environment; its use of a 3D printed Oculus Go case shaped like an owl — which feels like a work of art in itself; and its development focus on the standalone VR headset Oculus Go, a comparatively light and low-spec platform.

The siblings plan to expand on the piece with additional levels to the immersive experience, as well as a spinoff film, AR game and licensed merchandise including toys, adult coloring books and puzzles that show off the luminous, lush world of The Lost Botanist.

“This is just a prologue for a much bigger experience,” said Rick, who has worked with artists like William Kentridge and Mary Sibande at Eden Labs. His first company, Breakdesign, generated over 16 million mobile game downloads. “There’s a pure lack of VR content, so if we can get The Lost Botanist on the stores now, it will get eyeballs. It feels a lot like mobile games in 2007, like everything is coming full circle for me…”

The Lost Botanist recently ran at New Images Festival in Paris, France, where it was selected from 109 applications from 21 countries. Follow www.instagram.com/the_lost_botanist for updates on its festival progress.