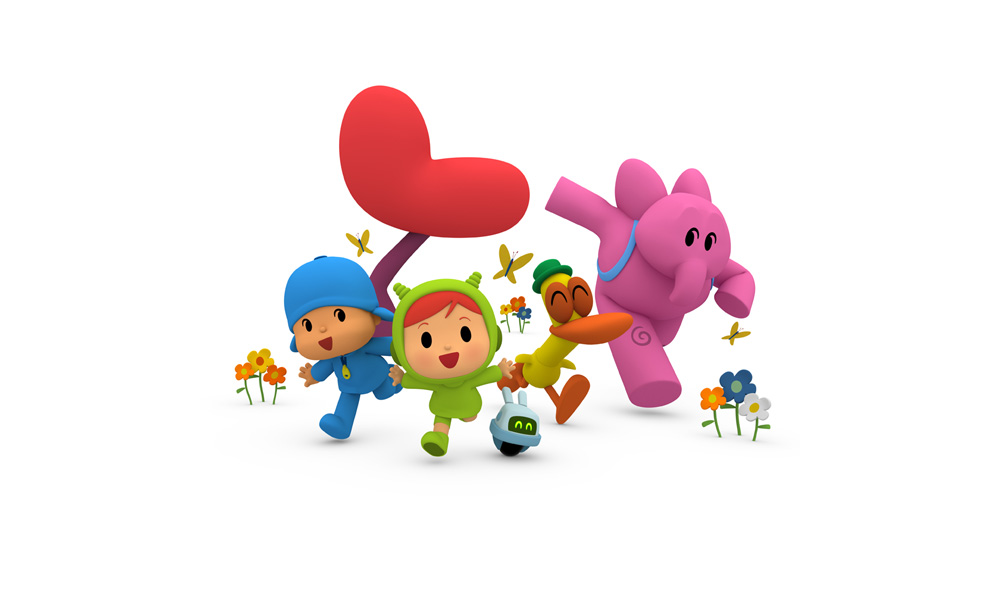 Independent content creation and distribution company Epic Story Media Inc. and Brands & Rights 360 are ramping up activity on Zinkia Entertainment’s animated preschool phenomenon Pocoyo, signing several new content deals around the world for the show, which currently boasts over 15 billion views on YouTube. The widely successful property will be showcased at the International Licensing Expo in Las Vegas this week, at Epic’s booth #S242.

Pocoyo will premiere on streaming platform Kidoodle TV this summer in the U.S., U.K., Ireland, South Africa, Australia and New Zealand. Other recent sales include the French-Canadian broadcaster TFO, HITN’s new SVOD platform Edye, and CCTV has picked up all seasons for China – where just four weeks since launch it has achieved number one in market share.

B&R 360 manages the brand’s global broadcast and licensing rights on behalf of Zinkia Entertainment, on a non-exclusive basis, together with Epic handling the North America and Reesee managing the property in China.

Further, Zinkia has reached an agreement with Azteca 7 in Mexico for seasons 1 to 3, Rai Yoyo in Italy for season 3, and has renewed deals with Netflix, Amazon, Hulu and HBO. The new fourth season (26 x 7’) is currently in production and will be completed for Q1 2020. In addition, a new toy partner will be announced later this year.

“Pocoyo is a show which has captured the hearts of countless families across the globe, and we’re excited to be adding brand new broadcast partners to the international network of platforms. The success of this property is constantly underscored by the viewing data across platforms like YouTube who air Pocoyo to legions of kids and families every day,” says Ken Faier, President, Epic Story Media. “We’re also excited to be a part of the consumer products relaunch — our mission is to champion and maximize creator-led properties, and Pocoyo is a fantastic example of a global sensation driven by its passionate fans.”

Since premiering on ITV (U.K.) in 2005, Pocoyo has aired in over 150 countries and become one of the strongest and most recognized international children’s brands, with four seasons and over 5,500 minutes of content. Extensions include more than 50 apps, downloaded more than 52 million times, and 15,000-plus SKUs of consumer products in more than 20 categories. Pocoyo has garnered 38 prestigious international awards, including the Annecy Cristal and BAFTA, both for Best Animation Series, as well as the Kidscreen Award for Best Educational Preschool App (POCOYO Playset: Let’s Move).

The brand’s catalogue includes the four seasons of programming, plus various other short films, special seasonal and thematic content, along with the derivative product and specialized promos.