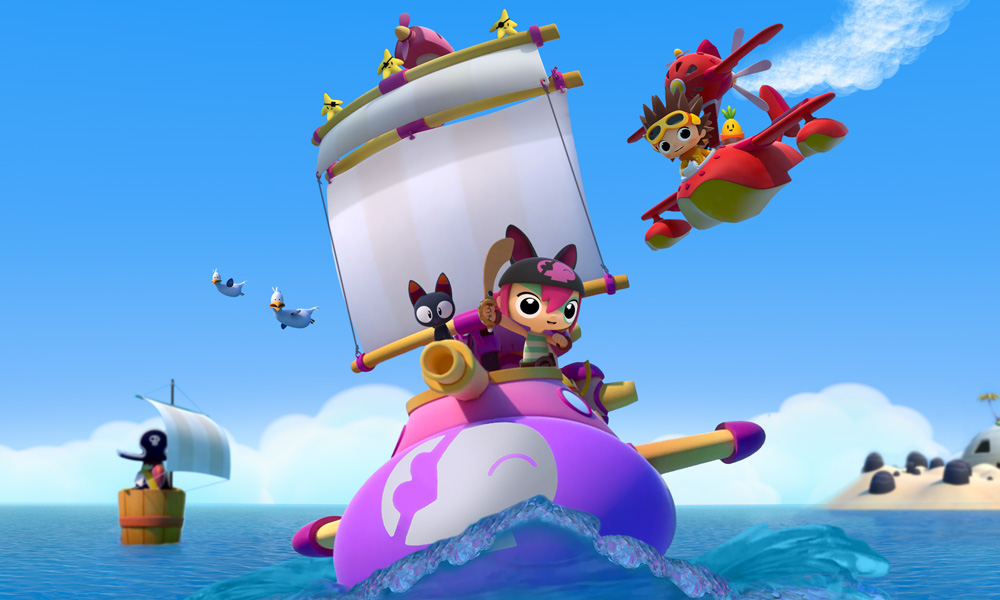 Co-produced by public broadcasters, the CGI series follows Pirata as she travels the Great Sea at the helm of her ship, the Pink Skull, with her loyal crew in search of adventure. Her best friend, Capitano, flies a red seaplane and joins them on their nautical explorations. Young viewers set sail with these heroes on a never ending treasure quest full of adventure and humor, while learning the value of teamwork and friendship.

The leading television destination for families in the United States, Discovery Family is available in more than 52 million U.S. homes and is a joint venture of Discovery Communications and Hasbro. For 2019, Discovery Family ranks as the #1 most co-viewed kids’ network among Kids 2-11.