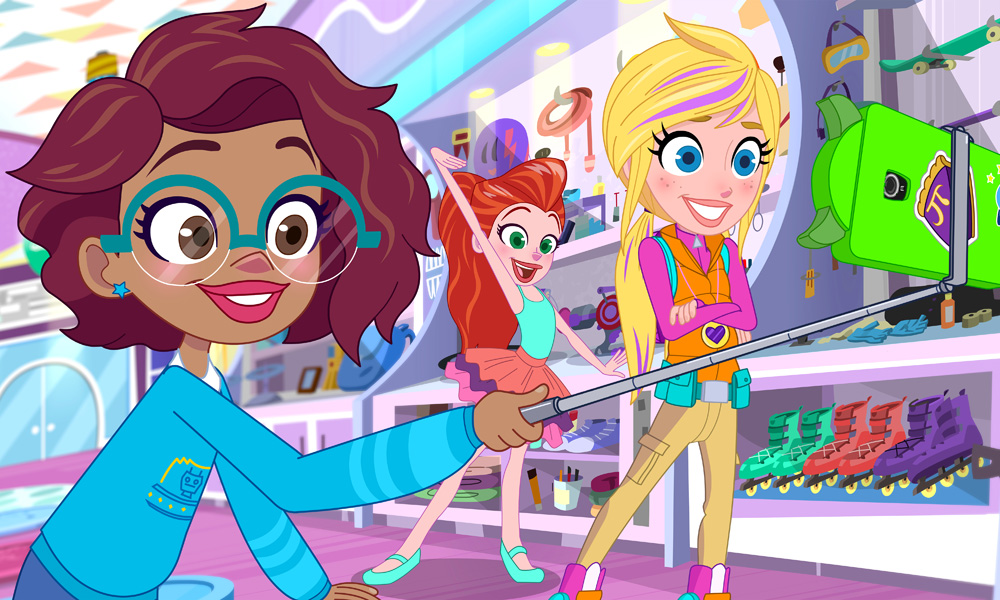 DHX and Mattel Fill Up Season 2 of ‘Polly Pocket’

The amazing shrinking Polly Pocket has been granted a second season, thanks to DHX Media and Mattel which just greenlit 26 more episodes. The show which is based on Mattel’s micro-scale doll brand, has also been picked up by Universal Kids (part of NBCUniversal’s Entertainment and Lifestyle Group), which will begin airing the first season in the U.S. this summer.

“This sale to Universal Kids builds on the big success we’ve seen from little Polly Pocket, with over twenty broadcasters and streamers worldwide picking up season one to date,” says Josh Scherba, DHX Media president. “The series is introducing a new generation of kids around the world to this much-loved Mattel brand, and the creative teams at our Vancouver studio are excited to delight fans further with more magical adventures from Polly and her friends in season two.”

In the new Polly Pocket series, Polly inherits a magic locket that gives her the power to shrink to four inches tall. Now equipped with Tiny Power, Polly leads her friends Shani and Lila on tiny adventures that lead to big fun! Season 2 brings a brand-new format (26 x 11’) where like Polly  herself, shorter stories are packed full of bigger laughs as Polly takes Tiny Power and her newfound even tinier Micro Power to the next level. Polly Pocket is produced at DHX Media’s Vancouver studio with Shea Fontana (DC Super Hero Girls, Doc McStuffins) as story editor.