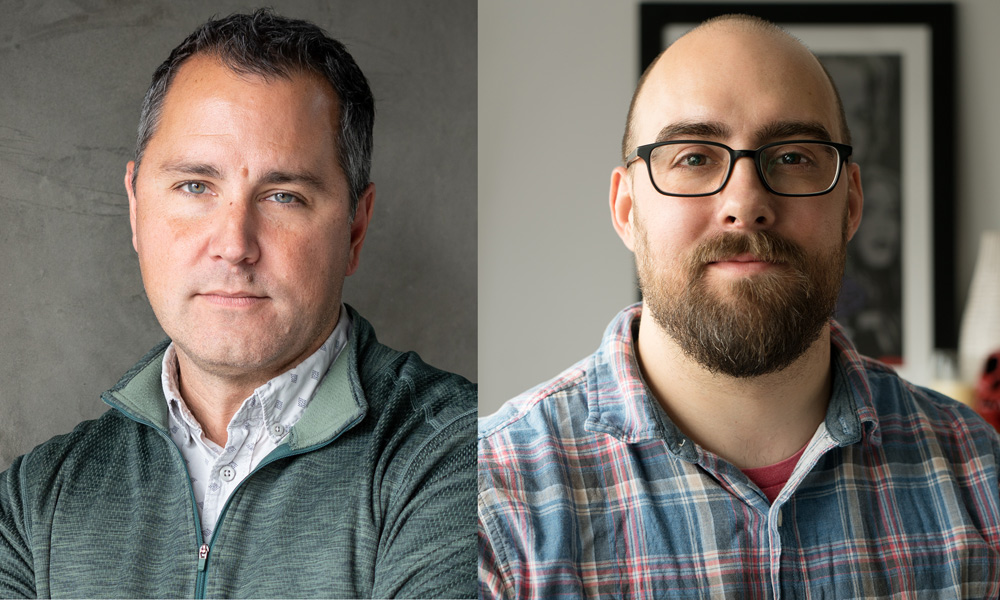 Wanstreet has nearly 15 years of experience in visual effects, working across series, feature film, commercial and video game projects. He comes to Zoic from FuseFX, where he worked on top series including NBC’s Timeless, Amazon Prime’s The Tick, Marvel’s Agents of S.H.I.E.L.D. for ABC and Starz’s Emmy-winning series Black Sails. Wanstreet thrives as a creative problem solver, fusing a streamlined pipeline approach with an impeccable attention to detail, partnering with directors to bring any visual concept to life. Overstrom has spent over 15 years of his career with Zoic, working across the Culver City and New York City studios, earning two Emmy nominations and working on top series including Banshee, Maniac and Iron Fist. He is currently the VFX Supervisor on Cinemax’s Warrior.

“Chad is a great fit for us and a nice addition to what has become a really strong creative team,” said Zoic Executive Creative Director/Co-Founder Chris Jones. “Each of these artists share the same core values we established from our start in 2002 of bringing a tireless work ethic in pursuit of creative excellence. Congrats to Nate, Tim, Matt, Bill and Andrew. It’s an exciting time at Zoic and we couldn’t ask for better creative leadership.”

“Zoic’s dedication to design and visual storytelling is in their DNA and that is truly evident in their work,” added Wanstreet. “I’m thrilled to be a part of a team that has creative intent at its core.”

Chad Wanstreet leveraged his studies in architecture to launch his career in visual effects by bringing structural designs to life through architectural rendering software. He worked as a VFX artist in Detroit at Speedshape, working on projects for top brands such as Ford, GE and General Motors, eventually stepping up as a CG Supervisor. In 2014, he relocated to Los Angeles, joining Blur Studio and quickly stepping up as a lead artist. He worked on full CG in-game cinematics and VFX elements for game clients including Microsoft, Marvel, DC and 343. Shifting to episodic, he joined Encore VFX as CG Supervisor, where he managed a team of 70 artists, delivering up to 100 shots daily. There he helped to develop and execute the creature-heavy aesthetics for Arrow and The Flash. He then spent a year as a CG Supervisor and eventually VFX Supervisor at FuseFX, working on series including The Tick.

Nate Overstrom has worked on dozens of projects that span across feature film, television and commercials. With well over a decade of industry experience, he is known for his mastery of CG and live-action compositing. He earned a BFA in Computer Art from SVA in New York, then went on to intern for Zoic in Los Angeles. He later moved back to NYC and spent two years with Look Effects. In 2014, Zoic recruited Overstrom to spearhead its NYC studio as a VFX Supervisor. There his work has earned him multiple Emmy nominations as well as three VES Award nominations. He has lent his talents to numerous projects since joining Zoic, including the Amazon original series The Man in the High Castle which was nominated for a 2016 Emmy for Outstanding Special Visual Effects. Additional credits include Homeland and The Defenders in 2017, as well as Manifest in 2018.

The news comes on the heels of a bustling start of the year for Zoic across all divisions, including the recent announcement of the company’s second development deal, optioning New York Times best-selling author Michael Johnston’s fantasy novel Soleri for feature film and television adaptation as well as the addition of Daniel Cohen as Executive Producer, Episodic and Series in NYC and Lauren F. Ellis as Executive Producer, Episodic and Series in Culver City.