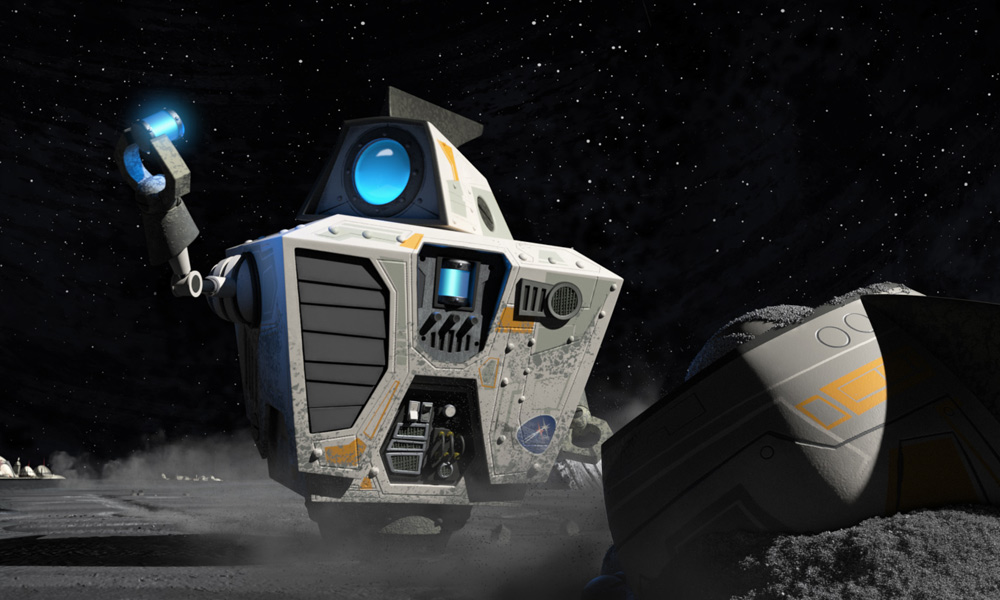 DreamWorks Animation has unveiled a pair of first-look images from its upcoming short film, Marooned, which will premiere at Annecy next month. The film has just been confirmed as an official selection of the Palm Springs 2019 ShortFest (June 18-24).

Directed by Andy Erekson (story artist How to Train Your Dragon 3, Captain Underpants; head of story on 2021’s The Boss Baby 2), Marooned tells the story of a cantankerous and selfish robot named C-0R13. Stranded on an abandoned lunar outpost, C-0R13 longs to return to Earth. With a partially built ship and his last power source, this determined robot will stop at nothing to achieve his goal. His character and his mission will be put to the test when he learns what it truly means to be selfless. Jeff Hermann is producer and the short features music by Amie Doherty.

DreamWorks has also confirmed today that its Annecy sneak-peek smorgasbord will include a look at early footage from the magical, musical sequel Trolls World Tour (2020), presented by director Walt Dohrn.