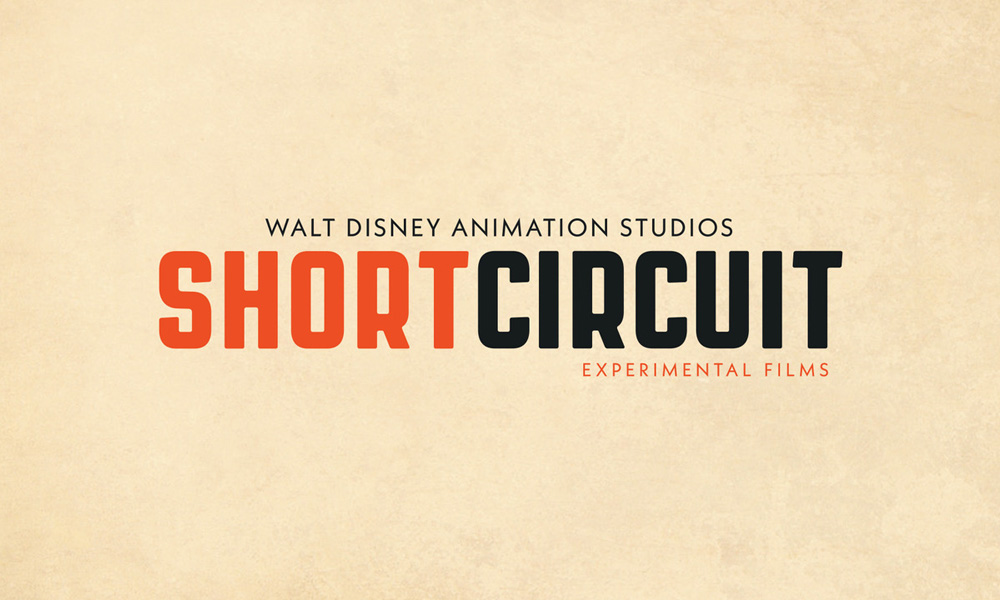 In what has become an annual tradition at Annecy International Animated Film Festival, Walt Disney Animation Studios returns with a Bonlieu Theater presentation showcasing the Studios’ latest projects, presented by the filmmakers themselves.

On Friday, June 14, Head of Animation Becky Bresee and Head of Effects Animation Marlon West take to the stage to give an inside look at the making of Frozen 2, and the directors of three new shorts — Just A Thought, directed by Brian Menz; Exchange Student, directed by Natalie Nourigat; and Jing Hua, directed by Jerry Huynh — present their shorts in world premiere screenings at Annecy.

The shorts are part of Short Circuit, the Studios’ experimental program that began in 2016 where anyone at Walt Disney Animation Studios can pitch an idea and potentially be selected to create an original short film with the support of the Studio and their fellow artists. The goal of this innovative program is to take risks in both visual style and story, surface new voices at the Studio and experiment with new technical innovation. The program has so far given 20 Disney Animation artists the opportunity to create their own short, most averaging two minutes in length. Last year’s award-winning Disney Animation VR short, Cycles, directed by Jeff Gipson, was created within the Short Circuit program as well.

The short films within Short Circuit will be available Spring of 2020 on Disney’s upcoming direct-to-consumer streaming service, Disney+ in the U.S..

As an animation supervisor on 2013’s Frozen, Rebecca Wilson Bresee worked with her team of animators to achieve the best possible character performances. She paid special attention to Anna, ensuring that the performance reflected the character’s optimistic and fearless personality. Her role on Frozen 2 as co-head of Animation, partnering with Tony Smeed, is a bit different as she helps to oversee more than just that character. Her additional responsibilities have not changed her love for Anna and she is so glad to revisit her friend on this film!

Bresee joined Walt Disney Animation Studios in 1996. She has worked as an animator on a host of feature films including Dinosaur, Treasure Planet, Chicken Little, Meet the

Robinsons, Bolt, Tangled, Wreck-It Ralph, Big Hero Six, Zootopia and Moana. She loves all of the characters that she has had the chance to animate whether they are a puppy or a princess.

A native of Oneonta, New York, Bresee’s lifelong interest in art and passion for all things Disney inspired her to pursue a career in animation. Her love of Disney fairy tales is what started it all. She earned a degree in fine arts from Geneseo State in New York, and attended Sheridan College in Toronto, Canada for animation. Bresee resides in Burbank, Calif., with her husband, John, and daughters Olivia and Evelyn.

Born in Pasadena, Calif., and raised primarily in Walnut, Calif., Jerry Huynh (director, Jing Hua / Flower in the Mirror) comes from a family of Chinese-Vietnamese refugees and drew upon his family roots and culture in telling this very personal story. He attended the University of California, Irvine, where he studied computer science and engineering, with a focus on computer graphics. Influenced at an early age by such memorable animated films as Tarzan, The Iron Giant and The Incredibles” Huynh came to Walt Disney Animation Studios as an intern in 2011. He went on to work as a functional integrity test engineer at Western Digital and a software QA lead at Double Negative before returning to Disney as a general technical director. In that role, his credits include Moana, Ralph Breaks the Internet and the Studio’s 2020 feature release.

Born in Rochester, New York, Brian Menz (director, Just a Thought) fell in love with animation as a young boy and dreamed of being a Disney animator for as long as he can remember. He studied hand-drawn animation at Edinboro University of Pennsylvania and taught himself computer animation using a computer in his sister’s attic with the help of some friends. He came to Walt Disney Animation Studios in 2008 as an animator on Bolt and went on to work on such films as Big Hero 6, Wreck-It Ralph, Frozen, Zootopia, Moana and Ralph Breaks the Internet” He is currently serving as animation supervisor on the Studio’s 2020 feature release. Prior to Disney, Menz animated at Blue Sky Studios (Ice Age: Continental Drift, Rio, et al), Laika (Coraline) and DNA Productions (Jimmy Neutron, The Ant Bully). Inspired by his own awkward pre-teen memories and the newspaper comics he grew up loving, Just a Thought provided Menz with the opportunity of a lifetime to experiment and collaborate. Brian and his wife, Katie, have seven children, including son Jack, who provides the voice of the boy in his film.

A native of Portland, Ore., Natalie Nourigat (director, Exchange Student) joined Walt Disney Animation Studios in 2015 as a story apprentice, and has gone on to serve as a story assistant and story artist for Ralph Breaks the Internet. After graduating from the University of Oregon, she launched her professional career drawing comics (Between Gears, I Moved to Los Angeles to Work in Animation, Deadpool #250) and creating storyboards for commercials as well as for the popular web series Bee and Puppycat. As the director of Exchange Student, Nourigat has enjoyed learning to lead other artists, exploring how the production pipeline works and seeing the film enriched by each of the departments that touch it.

West was seven years old when he checked out a book with a picture of stop-motion animation pioneer Ray Harryhausen and set his sights on a job where he could bring his toys to work. He studied film and writing at Columbia College Chicago, graduating with a Bachelor of Arts degree. The St. Louis, Missouri, native is dad to a 15-year-old daughter, and has two cats, turtles and fish tanks. He resides in Glendale, California.