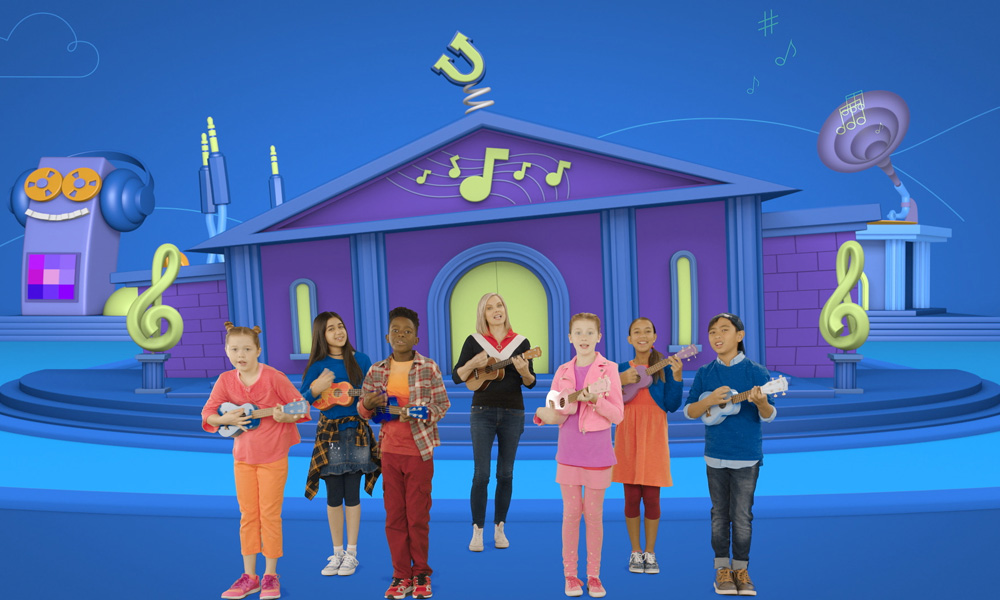 Animation and kids’ media powerhouse WOW! Unlimited Media, led by Michael Hirsh and Fred Seibert, has entered into a partnership with legendary music producer Bob Ezrin to produce a slate of music-infused kids programming. Initial projects in development include Ukulele U, starring award-winning musician Melanie Doane and developed in association with the Canadian Broadcasting Corporation, and a series inspired by the ingenuity and work of the brilliant guitarist Les Paul.

Leveraging his success as one of the world’s foremost producers for iconic musical acts — from Pink Floyd, U2 and KISS, to Alice Cooper and Andrea Bocell — Ezrin will develop projects with the support of Hirsh, who brings a wealth of experience, including creating the hit music series The DoodleBops. With this collaboration, WOW! Unlimited expands their portfolio of music-focused programming and reinforces their mission of providing enriching and top end content for a global audience. Initial series are expected to ready for distribution later this year.

“WOW! Unlimited Media aims to be one of the world’s leading producers of entertaining and educationally empowering kids programming. By working with a highly regarded music producer like Bob, we can harness new ways in which we bring engaging music infused content to kids of all ages,” said Hirsh.

“I’m very happy to be working with this team to generate shows that will wrap kids in the inspiration and excitement that comes from experiencing and making music,” said Ezrin. “As a passionate advocate for music as an essential part of the education and development of the whole child, I am thrilled to be lending my energy to this platform that will empower kids to develop their imaginations and their talent, too.”

Ukulele U is a live-action series set against CGI backdrops, in which Melanie Doane is the musical ringmaster who leads a group of ukulele-playing kid performers, while inviting their friends at home to join in as they jam out to “kidified” popular songs. In many episodes, special guest stars, including some of the world’s greatest musicians, join Team Uke to play along, which makes for a unique treat for parents.

The development of Ukulele U and the Les Paul project comes during a true boom in the kids content and animation industry, with WOW! Unlimited Media perfectly situated at the forefront. Established by Seibert, founder of Frederator and producer of Adventure Time and The Fairly OddParents, and Hirsh, godfather of the Canadian animation scene and founder of Nelvana and Cookie Jar, WOW! combines two of the biggest animation studios (Frederator Studios and Rainmaker/Mainframe Studios). The company quickly put itself on the radar with a number of high end properties including Castlevania (Netflix), Reboot (Netflix), Barbie Dreamhouse Adventure (with Mattel for Netflix), Bee & Puppycat (Cartoon Hangover Select/Verve), and Spy Kids Mission Control (Netflix). Currently, WOW! Unlimited Media has several major projects in the works for a number of third parties, including Amazon’s Costume Quest, released in March.