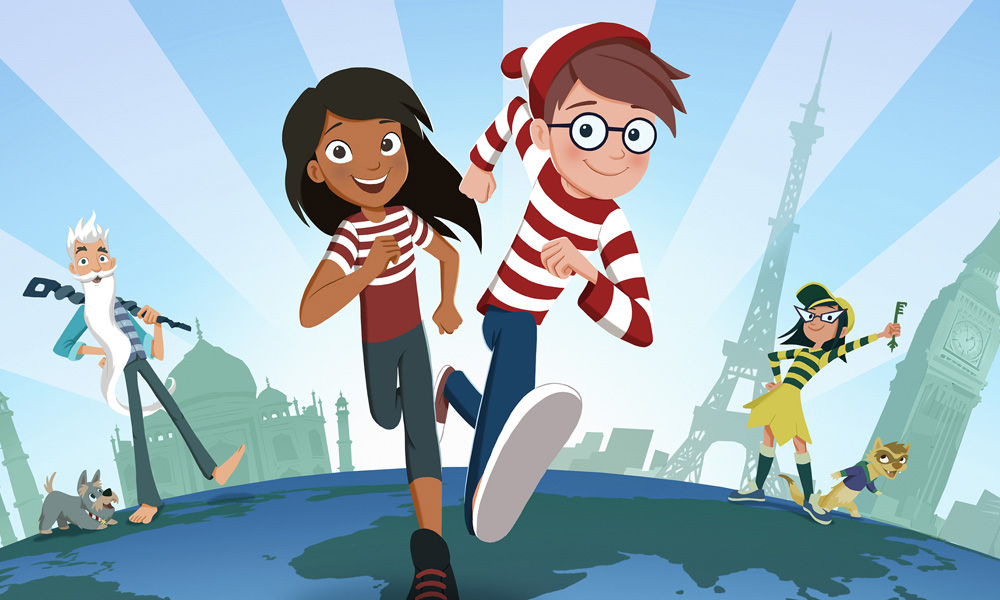 Where’s Waldo? brings the iconic character to life in a new animated series from executive producer FM De Marco (Spy Kids: Mission Critical) and co-executive producer John Tellegen (Spy Kids: Mission Critical). Twelve-year-old Waldo and his best friend Wenda are members of the Worldwide Wanderer Society — the international order of curious travelers who circle the globe celebrating cultures and solving problems through observation. Their mentor — Wizard Whitebeard, a seasoned wanderer — sends these inquisitive young adventurers on international travel missions so they can earn their stripes and someday become wizard-level wanderers too. But standing in Waldo and Wenda’s way is their rival Odlulu, who can’t help but cause trouble wherever she goes.