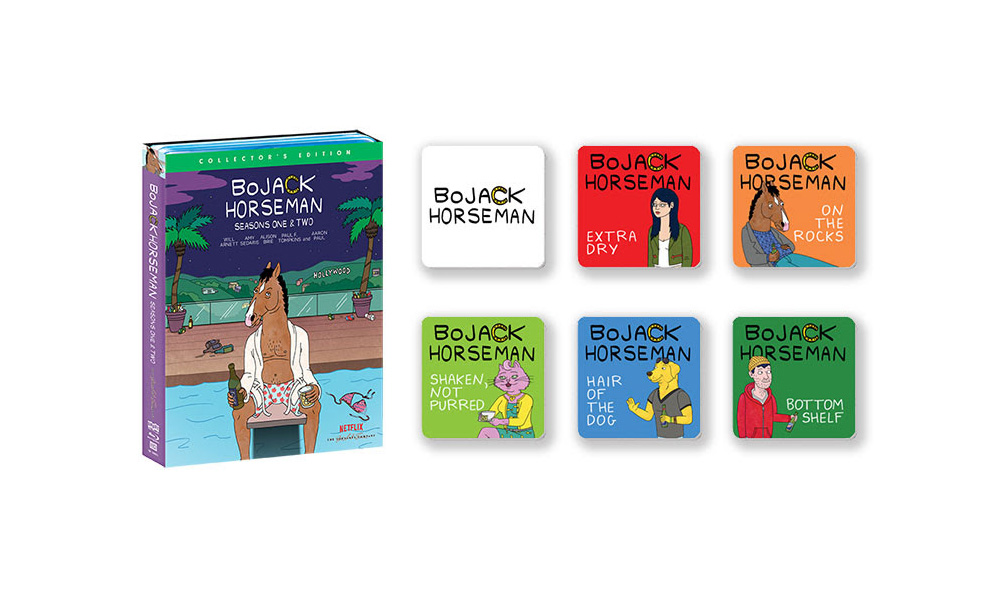 The first two seasons of Primetime Emmy-nominated adult animation BoJack Horseman are coming home in a special Collector’s Edition Blu-ray set from Shout! Factory. The Netflix from The Tornante Company and animation studio ShadowMachine will be packaged with an exclusive set of six coasters featuring the show’s oddball characters when fans order through ShoutFactory.com (while supplies last).

BoJack Horseman: Seasons One & Two (Collector’s Edition) is open for pre-orders, listed at $65.99. The set will be available July 31.

Synopsis: Set in a Los Angeles in which humans and anthropomorphic animal-people coexist, BoJack Horseman is an animated show about one man (who is also a horse) who peaked early and is trying to figure out what to do with his life now. An outrageous and dark comedy with a melancholy center, the show asks the question, “what happens when you have the world at your fingertips and you still can’t figure out how to be happy?